With the ninth generation of games consoles on the horizon and forums lighting up with rumours and speculation, our resident games and XR industry expert, Paul Dakers, explores the exciting VR console developments we could see this year, as well as two key considerations for VR innovators.

The virtual reality (VR) market is growing fast and adoption is on the rise. New hardware and ideas seem to be constantly emerging as new players enter the market, particularly those famed for console gaming.

While Oculus and Vive headsets are still stealing the show among PC gamers — Oculus' wireless Quest headset has sold out all around the world — Sony has delighted console gamers with its well-received PS VR headset for PS4. Other developments include Nintendo's Labo which, rather than being a fully-fledged headset like the others, is a budget offering similar to Google Cardboard, and holds the Switch close to the face like the Cardboard holds a smartphone. 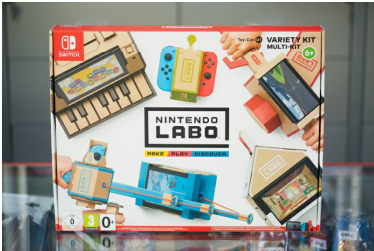 Now, with the PS5 and Microsoft’s Xbox Series X due to be released towards the end of the year, it seems a pertinent time to explore the potential new VR technologies that these console giants could release. Unfortunately for gamers, at least for now, Microsoft appears to be content with developing its enterprise-level Hololens 2, rather than focusing on the gaming market.

Sony, however, seems to place gaming at the forefront of its R&D efforts. Blogs and forums are being flooded with chatter about various patent applications, filled with exciting ideas.

It’s important to point out at this stage that recently published patent applications don’t always give an accurate picture of upcoming products or features — there’s usually an 18-month period between the time a patent application is filed and its publication, so many other important applications might exist that we just haven't seen yet.

The key considerations for VR innovators with any new console technologies are how the headset and console communicate with one another, and how the headset detects and interacts with its surrounding area.

While the Oculus Quest has separated itself from the many wires associated with its predecessor to become a standalone and entirely wireless VR headset, this comes with a drawback. Without a wired connection to a PC, the Quest can’t leverage the much greater processing power of the PC, so it must cope with the lower capabilities of its onboard hardware. Graphics quality and frame rate suffer as a result.

However, if Sony’s patent applications are anything to go by, its new VR technologies could overcome this hurdle.

Another application — EP3547081, published in February 2019 — appears to show a next-generation PS VR headset and controller. Interestingly, Figure 14 shows a backward-facing camera located on a rear strap of the headset, which supplements two forward-facing cameras. The cameras appear able to continually capture image data of the environment, so that the console can analyse the relative motion of the headset and objects in the room. This inter-image detection appears to work in a similar way to the Quest. However, without a rear-facing camera, the Quest can’t as easily determine whether you're about to smack the back of your knee into the coffee table.

Looking at these two applications together, there is reason to hope that we’ll see a Sony PS VR 2 which functions not only as a wireless headset, but one that can exploit the considerable power of the PS5 to generate high resolution images at the high frame rates demanded by VR gaming.

Another development that has piqued my interest is a patent application, published on Christmas Day 2019 as EP3582865, for an attachment for the PS5’s DualShock 5 controller. 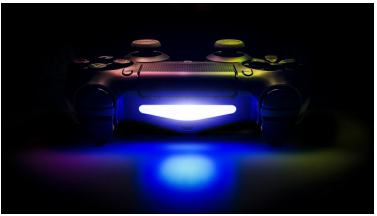 The attachment includes a pair of sleeves that fit over the arms of the controller. The sleeves contain small electrodes and galvanometers, using “biofeedback” — measurements and analysis of aspects like heart rate and sweating — to make in-game adjustments that cater for each player specifically, depending on their biological reactions.

The possibilities for such technology are seemingly endless. Perhaps we’ll see auto-adjusting game difficulties, different storylines that manifest depending on what you experience while playing, or new ways for games to deliver health and fitness benefits. If — as the patent application suggests — this technology could be compatible with VR, or even integrated into the Move controllers, I’m excited to see what further innovations will be developed. 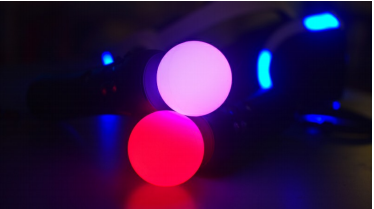 While it’s hugely exciting to speculate, patent applications and online discussion only tell us so much. Hopefully, with more PS5 details expected to be announced at a reveal event in the next couple of months, the wait for more clues about PS5 and PS VR 2 technology will soon be over.