The European Union ("EU") regulation on foreign direct investment ("FDI") screening is published on 21 March 2019 in the EU Official Journal and will enter into force on 10 April 2019, whilst this screening mechanism will be applicable as from 11 October 2020.

As indicated in our earlier message, the EU FDI regulation encompasses a framework for screening of FDI into the EU which:

FDI screening in defence and other sectors 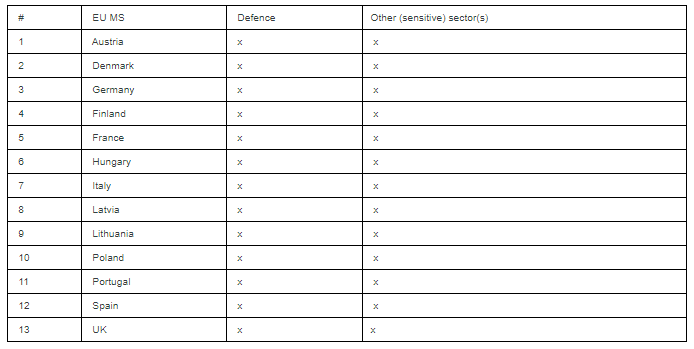 Although the EU FDI Regulation is expected to increase awareness and transparency on EU FDIs, it is important to realise that:Outlook

Overall, navigating through the FDI screening mechanism(s) – of the individual EU Member States as well as the EU – involves now a more complex and burdensome process in practice. Our experienced team would be happy to provide clear and concise guidance e.g. by – at the outset – assessing whether your transaction draws any security or public order related sensitive interests in the respective EU Member State(s) which may trigger the scope of the national and/or EU FDI screening mechanisms and reviews.