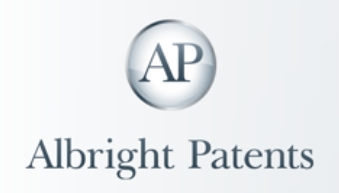 What is a divisional patent application?

In what circumstances may a divisional patent application or divisional need to be filed? And what are the advantages of doing so?

Where a lack of unity is found, the application must be split up, or divided into one or a number of divisionals, such that the first application relates only to a single invention. The benefit of filing divisionals therefore is that subject matter which had to be deleted from the parent application can be further prosecuted as a separate application. This is of course important where the grant of a patent to the second and subsequent inventions is of commercial value, and thus a divisional provides a mechanism by which this can be achieved.

When can a divisional patent application be filed?

The overriding principle is that a divisional may only be filed when the parent application is pending. This is important. The parent application is pending up to (but not including) the date on which the European Patent Bulletin mentions the grant of the European patent, or the date on which the application is refused, withdrawn or deemed to be withdrawn. If an application is refused, it is considered still to be pending until the expiry of the period for filing an appeal, that is, before the refusal becomes final. In view of this, if a notice of appeal is filed, there is a suspensive effect, and a divisional may still be filed until the decision and outcome of the appeal becomes final.

Providing the parent application is pending, there are two time periods for filing divisionals: a voluntary time period and a mandatory time period.

A divisional may be filed on the basis of a pending parent application before the expiry of a time limit of twenty-four months from any communication in which the Examining Division has objected that the earlier application does not meet the requirements of unity of invention (Article 82 EPC), provided it is the first time that such an objection is raised. Where the mandatory time period expires later than the voluntary time period (see above), a divisional may be filed by the expiry of the later period. So importantly, this time period applies to the situation where lack of unity of invention is raised for the first time, or where it confirms a previous finding already raised during the European or international search (or supplementary European search, where the EPO was not the ISA during the international phase).

It is important to note that the above-mentioned time periods are final and cannot be extended, once expired, except in the case where the patent application is refused and an appeal has been filed.

What are the filing requirements for getting a divisional patent application on file?

All divisionals must be filed directly with the EPO, and importantly, at one of the filing offices (i.e. Munich, The Hague or Berlin), by hand, post or fax, or other electronic means, such as online filing.

Payment of the filing fee and search fee must be made on filing, or at the latest within one month of the filing date. Again, as the same requirements relating to an ordinary application apply, an excess pages fee is payable in respect of all divisionals having pages in excess of 35 and excess claims fees apply in the case where claims in excess of 15 are filed. Examination and designation fees must be paid within six months of the date on which the European Patent Bulletin mentions the publication of the European search report drawn up in respect of the divisional. Finally, any renewal fees that have fallen due (back payments) in respect of the earlier application are due when filing the divisional.