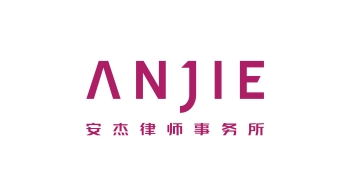 Oftentimes, such fatal accidents immediately result in a shutdown order from the local municipal safety bureau (a “Stop-work Order”) to prevent further harm.

Stop-work Orders can cause a worksite to completely cease operations for weeks or even months while the safety bureau investigates the accident, leading to lost operating time.

The losses from this down-time can reach dollar amounts in the tens of millions. This is especially common in manufacturing and construction industries after a fatal equipment malfunction.

Whether such losses are covered by Business Interruption (“BI”) insurance, is the central question in many property insurance disputes.

Intended to uncover additional workplace hazards and prevent further harm, the site of an accident is cordoned off and access restricted upon issuance of a Stop-work Order. Stop-work Orders are typically issued by local safety bureaus pursuant to the Work Safety Law of the People's Republic of China (“Work Safety Law”).

Under Chinese law, any accident resulting in a workplace fatality is grounds for a Stop-work Order. They are commonly issued in response to occurrences which meet the statutory definition for an “accident”. Per the Regulations on the Reporting, Investigation and Disposition of Work Safety Accidents, the death or injury of a worker, or losses amounting to RMB 10 million yuan, meet this definition.

Because Stop-work Orders interrupt business for weeks or even months, they frequently lead to BI claims.

BI insurance is commonly purchased by the policyholder as additional coverage to property damage insurance.

However in the PRC insurance market, BI policies cannot be purchased independently. Instead, they can only be purchased together with property damage polices, such as property all-risks insurance or property comprehensive insurance.

Therefore, a given BI policy usually specifies that in order to be triggered, a threshold level of physical damage must first be met. Among such formulations are clauses stipulating “this policy only provides coverage directly resulting from physical loss or damage to the insured property as described in the property damage policy.” A serious workplace accident is usually a sufficient trigger, especially when it involves damaged equipment or facilities.

However, when an additional event such as a Stop-work Order is factored in, determining the period of liability becomes very difficult.

Is the insurer liable only for the time lost from restoring property due to physical loss or damage caused by the accident (EG: replacing broken equipment, a few days or weeks), or is the insurer instead liable for time lost due to the Stop-work Order (potentially months)?

In some cases, the difference between the two periods of liability can vary the insured’s insurance benefit by tens of millions of dollars.

In the US, in many cases, losses resulting from a Stop-work Order following an accident are not covered by BI property insurance. When the policy includes the following proviso, that losses be “directly resulting from physical loss or damage”, time lost due to a Stop-work Order is not factored into the benefit. Instead, such language limits the period of liability to the time needed to repair or replace broken equipment. That down-time time will be included, but any additional losses due a Stop-work Order will not.

The reasoning is simple: people are not property. Stop-work Orders result directly from hazards or harms to people, not property. They are issued to prevent harms to human life, upon the occurrence of a workplace accident or death, and only rarely due to damage to equipment or facilities. That is also why extensions to BI losses which clearly cover Stop-work Orders, such as “Denial of Access,” and “Civil Authority Order” extensions, are commonly offered by property insurers.

However, in some cases, a policy features subtle words or formulations which include losses resulting from a Stop-work Order within a BI clause’s scope of coverage, even absent an extension.

In some cases, just two words make the difference between a modest benefit and a potential windfall for the insured. Losses from the Stop-work Order are not included when the policy ends the period of liability upon the damaged property being restored to the “same or equivalent physical conditions that existed prior to the damage.”

Proximate Cause in China

What about the role of causation in such clauses? In the absence of compelling contractual wording like that shown in the paragraph above, the scope of coverage for BI losses will depend on judicial findings of proximate cause.

Even though the principle of proximate cause is not clearly defined in the Insurance Law of the People's Republic of China, it has been broadly accepted as a fundamental principle of insurance law and applies when assessing causation for insurance claims.

Proximate cause refers to, within the chain of causation between risk and damage, the most direct, effective and decisive cause which plays a fundamental, traceable and dominant role in causing the damage to occur.3 When the proximate cause falls within the insurance policy’s coverage, the insurer must bear liability and pay the benefit. However, when an intervening event “breaks” the chain of causation, the policy will not cover that secondary event’s resulting losses.

Under the circumstances described, a Stop-work Order will be seen as breaking the chain of causation and its resulting losses will not be covered by BI insurance. This is because while a physical accident is the most “fundamental, traceable, and dominant” cause for losses resulting from property damage, a Stop-work Order is, as a government directive, only a cause of non-property damage, which is generally outside the scope of coverage.

When a policy requires that losses be “directly resulting from physical loss or damage”, insurers are not liable for time lost due to a Stop-work Order. Under such a policy, the Stop-work Order — under the principle of proximate cause in China — is an intervening event which “breaks” the chain of causation. Accordingly, BI insurance will not cover that secondary event’s resulting losses. Without an applicable “Denial of Access” or “Civil Authority Order” extension, such policies will not cover Stop-work Order losses.

However, in some cases, a policy includes subtle words or formulations which incorporate losses resulting from a Stop-work Order within a BI clause’s scope of coverage, even absent an extension. In some cases, just two words (see “operating conditions” example, above) make the difference between a modest or fulsome insurance benefit.

Whether insurer or insured, retaining experienced counsel to review a new policy’s BI clause before concluding it can save valuable time, effort, and resources before an accident occurs.