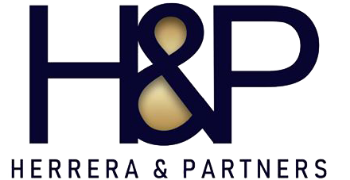 In Thailand, cannabis legalization had become an issue among the public over the past years. Some people agree on the legalization, reasoning the cannabis extract has medical benefits and is relatively safe compared to other drugs. While some pointed out that the number of crimes and violence would more increase because of the larger number of sales and distribution of cannabis.

At the end, the Thai government considered the positive effects of the legalization of cannabis for medical use, outweighed the negative impact. Eventually, the law related to cannabis – the Narcotic Addict Rehabilitation Act, B.E. 2545 (2002) (“NAR”) was amended in 2019, allowing the medical use of the cannabis.

Under this amendment, all parts of cannabis were identified as the narcotic Schedule 5, which is prohibited to sell, produce, distribute, except for medical or research purposes. Until December last year, there was an announcement of the Ministry of Public Health – Re: Nacortics under Schedule 5 of the Narcotics Act, removing some part of cannabis from Schedule 5 of the narcotic Schedule under the NAR. The announcement was effective on December 15, 2020.

According to the new announcement, the certain part of cannabis was no longer the narcotic Schedule 5, including the bark, trunk, fiber, branch, root, leave without bud or blossom, extract containing cannabidiol (CBD) and tetrahydrocannabinol (THC) not exceeding 0.2% or residues after the extraction, containing THC not exceeding 0.2%. However, those parts must come from the cannabis legally grown in Thailand.

Does the new announcement allow us to grow cannabis?

No. Although some part of cannabis is not categorized as the narcotic Schedule 5 but this does not mean any person can grow cannabis freely. The regulation under the announcement is still subject to the NAR, the main regulation. Section 26/2 of the NAR still restricts the production, importation, exportation of the narcotic Schedule 5 unless obtaining the prior license. Therefore, only the licensee is allowed to grow the cannabis.

However, the requirement to obtain the license is quite restrictive. Because the applicant is limited to only specific group including government agency, medical or pharmacy professional, university, agricultural operators who have formed a community enterprise group or other person allowed under section 26/5 of the NAR.

Can we import a certain part of cannabis to Thailand?

No. As mentioned above that a certain part of cannabis, which is removed from narcotic Schedule 5, must come from the legal production in Thailand. Therefore, the importation of the bark, trunk, fiber, branch, or other parts of cannabis stipulated in the announcement, remains illegal unless you obtain a specific license from the government.