US Sanctions on Iran and their Impact on India 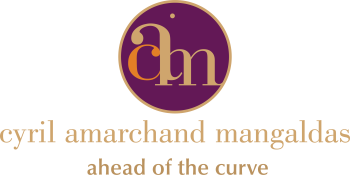 The Office of Foreign Assets Control (OFAC) of the US Department of the Treasury administers and enforces economic and trade sanctions based on US foreign policy and national security goals against foreign countries, regimes, terrorists, and similar forces that are engaged in activities related to the proliferation of weapons of mass destruction and other acts that may be considered as threats to the national security, foreign policy or economy of the United States of America (US).

The nature of sanctions imposed by the US is two pronged, i.e. Primary and Secondary. Primary sanctions are in the nature of asset freezing, trade embargos, and a prohibition on US citizens and companies from engaging with Iran. Secondary sanctions place an embargo on third-party countries, its citizens and companies with no nexus to the US, for dealing with sanctioned countries. Secondary sanctions are invariably extra-territorial in nature and raise important questions about legitimacy, international law principles, and the concept of sovereignty.

To further explain the impact of US sanctions on the global economy, we will be using Iran as the case in point. The US has recently imposed sanctions through the Countering America’s Adversaries Through Sanctions Act (CAATSA), which imposes unilateral sanctions against Iran, Russia and North Korea. This has been further strengthened by the US’s withdrawal from the Joint Comprehensive Plan of Action (JCPOA), an agreement on Iran’s nuclear programme, which aims to control and limit Iran’s nuclear activity in exchange for lifting previously imposed sanctions.

The imposition of sanctions resulted in eight countries including India, China, Japan and South Korea requesting waivers from the US to continue buying oil from Iran in November 2018. The US granted waivers for a period of six months, which expired in early May 2019. Any country or company importing crude oil from Iran will now invite penalties from the US.

The OFAC has put a primary sanction on Iran buying or acquiring US Dollars, trading in gold and other precious metals, trade of metals such as aluminium and steel, as well as graphite, coal and certain software for “integrating industrial processes”, sanction on “significant” sales or purchases of Iranian rial, or the maintenance of significant funds or accounts outside the country using Iranian rial, sanction on Iranian debt and the auto-industry. The secondary sanctions limit access to Iran’s ports and shipping sectors, disallowing the buying of petroleum and petrochemical products with a number of Iranian oil companies, sanctions on foreign financial institutions transacting with the Central Bank of Iran and other Iranian financial institutions, sanctions on the provision of certain financial messaging services to Iran’s central bank and other financial institutions, sanctions on Iran’s energy sector and, lastly, sanctions on underwriting services, insurance and reinsurance[1].

At the outset, Iran’s economy is largely dependent on its oil exports; with the sanctions in place, the country is cut off from its main source of revenue. Further, companies such as Airbus and Boeing had agreed deals with Iran to sell 100 and 80 aircrafts respectively after the JCPOA was signed in 2015. These deals now stand void at a loss of billions of dollars. Tourism in Iran is again to see a steep decline after a brief period of relief after the 2015 deal[2]. The Iranian economy has been deeply impacted and saw a contraction of 6% in 2018 due to the value of Iranian rial plummeting, capital flight from the country and banking transactions becoming more complicated. There is a severe lack of essential commodities leading to inflation, which is making the life of the civil population extremely tough within Iran, and of Iranian citizens abroad.

Iran-India relations are of vital importance for India strategically because of Iran’s Chabahar port, which plays a fundamental role in India’s trade connectivity with Afghanistan, Central Asia, Eurasia and Europe. India being the second largest importer of crude oil from Iran has begun to effectuate a plan to ensure that there is no shortage in supply by increasing imports from other countries. While this may seem like an adequate response to a situation like this, such a quick-fix solution may not work in the long run as prices will inevitably increase due to lack of supply from Iran[3]. The immediate impact of the sanctions on India is that it can no longer use US dollars for transactions with Iran. Investment by Indian companies in Iran’s oil and gas development projects and pipeline projects, if sanctioned, may result in companies not being permitted to open new US bank accounts and facing restrictions on loans, licences and Ex-Im credit. Further, banks that permit crude oil transactions from Iran may face a restriction of activities on their existing US accounts, which invariably would lead to international banks not engaging with the Central Bank of Iran for payments pertaining to petroleum.

In December 2018, India and Iran agreed to revive its 2012 rupee-rial payment mechanism to receive payments in Indian rupee, where half of the payments would be used to import products from India. The said transaction is supervised by the UCO Bank, and the National Iran Company has been exempted from “withholding tax”, which is imposed on the profit of a foreign company in India. Further, there are talks that Iranian banks such as Pasargad and Parsian are planning to open branches in Mumbai to back transactions between India and Iran.

Apart from sanctions as mentioned above, the US has recently included Hauwei in its entity list, which means that US companies require a prior export licence to sell any equipment/software/technology to Huawei. The impact of this has been that the US has threatened to subject Indian businesses to penal actions/sanctions, if they act as a supplier of US-origin equipment, software, and technology to Huawei and its affiliates in the entity list. While cutting ties between India and Huawei may not be easy due to the company’s vast presence in the country, such an embargo on companies and Indian nationals is just another example of how sanctions define the nature of business done not just in the US but across jurisdictions[4].

The impact of US sanctions on the global economy is far-reaching and at times highly invasive of other states’ sovereignty. However, India may consider protecting its companies by using countermeasures such as blocking statutes, non-recognition of foreign judgments, clawback rights, reporting requirements – which all aim at preventing citizens or national entities from complying with the sanctions. A blocking statute is a mechanism used by countries to reduce or mitigate the impact of US sanctions on their citizens and businesses. It essentially includes passing of a local law that makes it illegal for any national to abide by the terms of the sanction imposed. This mechanism was first used by the US itself, to protect its trade with Israel in 1977 after the Members of the Arab League imposed sanctions on the country. However, it must be noted that while blocking statutes do help to a certain extent, they don’t make the country completely immune to the sanction. A prohibition on any credit payments between the entity and any US financial institution, restriction on imports from the sanctioned entity, a ban on a US person from investing in or purchasing significant amounts of equity or debt instruments from a sanctioned person and exclusion from the US of corporate officers or controlling shareholders of a sanctioned firm will still continue to persist.

Another issue that arises with countermeasures is that companies may find themselves in between conflicting orders by the sanctioning country and the country imposing countermeasures. Companies on the other hand can use countermeasures to invoke the “foreign compulsion” defence in US courts, which means that they had no other option but to comply with the regulations of the country of its origin. Any defence of this nature has to satisfy two aspects, namely: (i) there must be a proof of compulsion; and (ii) the foreign nation’s interest must override the US’ competing interests[5].

In conclusion, India needs to be ready to deal with US sanctions in a more efficient and viable manner in the present and in the future. Indian companies need to be watchful in complying with US sanctions – those doing business in the US are far more vulnerable and must undertake a comprehensive due diligence of their business relationships. Indian companies should also consider taking a legal opinion on the requirements under Indian law to adhere to Indian law requirements in relation to US sanctions.