The U.S. Bankruptcy Court in Manhattan recently reminded us why Delaware choice-of-law provisions are so popular in limited partnership and other agreements.

In an adversary proceeding, Judge David S. Jones held that proposed fiduciary claims were futile because of the relevant partnership agreement’s (the “Agreement”) exculpatory clause. The clause provided that, “to the maximum extent permitted by law, each Exculpated Party’s duties to the Partnership, any Partner or any other Person shall be eliminated and replaced with and limited to those set forth in this Agreement.” In re SunEdison, Inc., 16-10992 (DSJ), 2022 WL 1223281, at *7 (Bankr. S.D.N.Y. Apr. 26, 2022). The Agreement contained no duty of loyalty or care, only prohibitions against malfeasance by the general partner and its affiliates.

In the case at bar, Judge Jones compared the exculpatory clause in the Agreement to similar clauses deemed effective by Delaware courts. Id. (collecting cases). Judge Jones found that the Agreement “explicitly overrides otherwise-applicable fiduciary duties,” and that the waiver was effective under Delaware law. Accordingly, the proposed fiduciary claims by a limited partner were futile. Id. at 9.

The law for corporate defendants is equally dispersed. As of 2017, only nine states had adopted legislation addressing the waivability of common-law fiduciary duties for corporate entities. 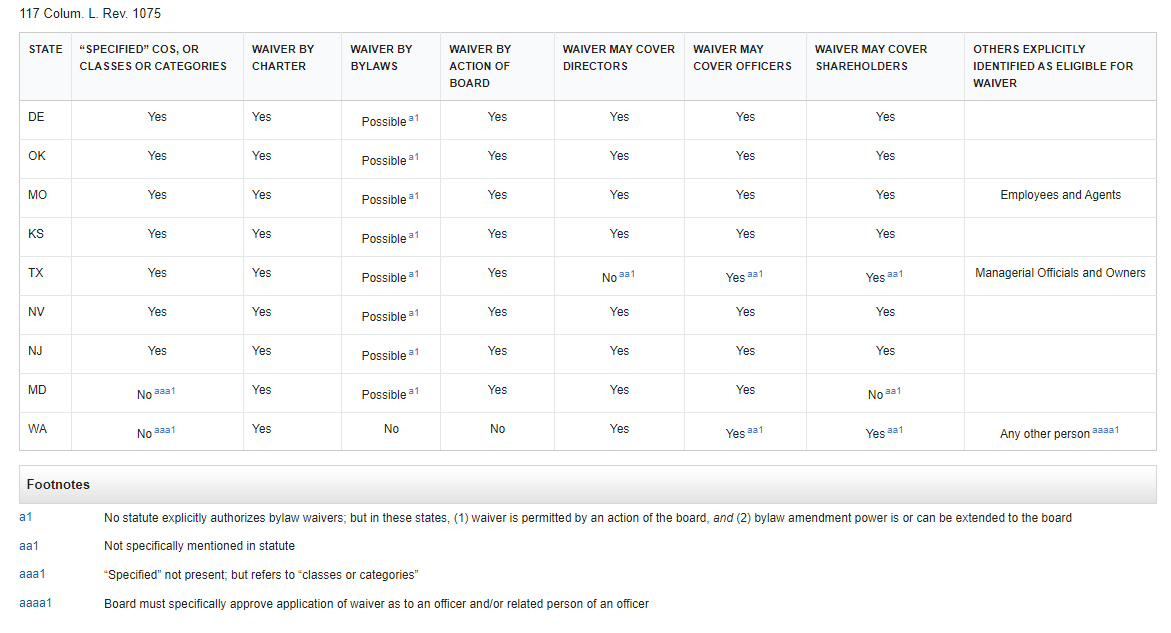 Unsurprisingly, Delaware is among the states that permit corporate parties to waive fiduciary obligations by agreement. This approach is consistent with Delaware’s general practice of giving priority to the intent of the parties to an agreement. It also helps explain why so many contracts are governed by Delaware law.