While the incomparable Goodnight Moon by Margaret Wise Brown and illustrated by Clement Hurd does not take place in Dresden, that is where today brought news of a robbery at the Staatliche Kunstsammlungen Dresden, the State Art Collections that house the treasures of the Free State of Saxony. Specifically, two thieves broke into the Grünes Gewölbe—the Green Vault—which holds the rarest objects of all. Headlines understandably honed in on monetary values in the hundreds of millions or even billions, but these objects are, in fact, priceless. It is a horrifying crime against a rich cultural heritage in an historic city. 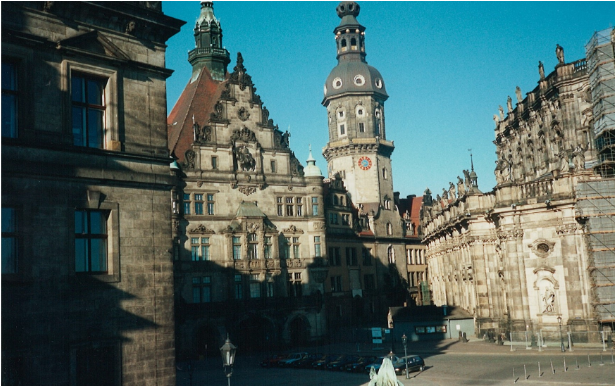 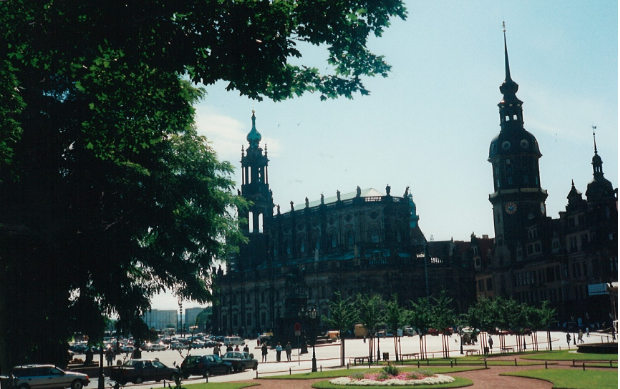 The Residenzschloss from either side in 1996. © Nicholas M. O’Donnell

At about 5 a.m. local time on November 25, 2019, police received an alert of a breaking at the museum. Later visible on security footage, the thieves smashed the display vitrines with hammers before fleeing in an Audi A6. Reports are that they disabled the security alarm initially by burning out a public electrical relay nearby. A burnt-out car of the same make was found not long after, but there has been no confirmation yet whether police believe it to be the vehicle used in the robbery.

Saxony police released these photographs of the objects that were stolen. This is critical information in hopefully stopping the passing off of these treasures and hopefully their recovery. Art crimes often prompt speculation about some mysterious and powerful patron to decorate his Bond villain island, but the reality is usually far more mundane. Thieves view museum-quality objects as easily portable valuables, but they ignore the fact that unique and historic objects’ value is inextricable from what they are and where they come from—meaning that that very history (including the fact of being stolen) means they cannot be sold for anything remotely like what the thieves want. Far more often, the criminals have no master plan. There is no Thomas Crown affair.

What then usually happens is the stolen objects languish in the hands of the thieves. Here, the pressing concern is that the thieves will realize that and will destroy the jewelry into its precious stones and metals for a less but still-significant black market value.

Director Marion Ackerman, in a video here, describes the latest news with evident heartsickness. One cannot help but recall watching Anne Hawley address the terrible news—and lack of news—following the Isabella Stewart Gardner Museum theft in 1990. And while I will admit to some degree of projection, I see a kinship between these terrible events. Two museums, so emblematic of their home cities, robbed without warning and (so far) without a trace. I can tell you, in Boston that wound has not healed nearly thirty years later. As Ministry President Michael Kretschmer said in a tweet, “Not only were the State Art Collections robbed, we Saxons were! One cannot understand the history of Saxony without the #GrünesGewölbe”.

Why do I see this connection? The State Art Collections, like many Germany cultural institutions, is an organ of the federal state, in this case, Saxony. But that particular context is vital to understanding just how profound a civic crime this is. That harm is not financial, it is historic.

The Free State of Saxony (Freistaat Sachsen) has its roots in the Holy Roman Empire. The House of Wettin assumed the designated role of Electors (Kurfürsten) who in turn chose the Holy Roman Emperor (for most of medieval and early modern history, the Hapsburgs in Berlin). The Electorate of Saxony rebounded after the devastation of the Thirty Years’ War (in which the Wettins played both sides for a time, before ultimately aligning with the Swedish and Protestant forces but then concluding a separate peace), including the foundation of the groundbreaking technology of the porcelain manufacture in nearby Meissen.

Under the reign of Augustus the Strong in the 18th century, Dresden flourished into the “Florence on the Elbe” moniker by which it would later be known and became a kingdom in its own right. The urban plan around the river featured Baroque masterpieces like the Zwinger that now houses the peerless Gemäldegalerie Dresden, or the Frauenkirche, or the Rezidenzschloss itself, featuring the Fürstenzug wall that depicts a march of the Wettin noblemen (seen below on the right, leading to the reconstructed Frauenkirche). That style cast forward into Baroque style on the famous opera house by Gottfried Semper. 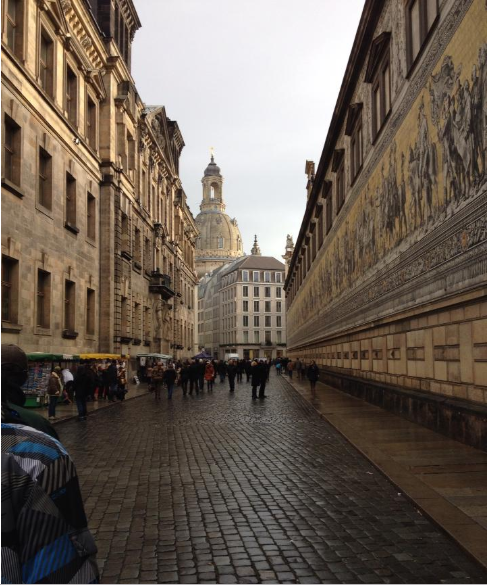 Augustus began what is now the State Art Collection and the Schatzkammer (Treasure Chamber) in the Residenzschloss. When I was there a few years ago at Christmastime it shone like a jewel, the most dazzling objects kept within the Green Vault, the Grünes Gewölbe. I visited the palace complex and found it stunning. A ship with paper thin sails made entirely of ivory; drinking goblets made of fuscia coral and cocoanut shells. To consider the idea of such an object in central Europe in the 18th century was almost unimaginable, and breathtaking.

Like many of the constituent kingdoms, duchies, and free cities that were fused into the German Empire in 1871, Saxony lost its monarchical foundation after the First World War, becoming a Free State (much like Bavaria, also an important anchor of the Holy Roman Empire and location of another splendid Schatzkammer in the Wittelsbach Residenz in Munich) within Germany. Dresden was consumed in the firebombing of February 12-13, 1945, and much of the core of the city was reduced to ash. I first visited Dresden in 1996. The scars of 1945 were still everywhere, most notably in the scorched black stones of the city’s great buildings that had by then been put back together. The Frauenkirche’s ruins lay in shelves still years from being reassembled. Most of the city looked like this, not a baroque paradise. 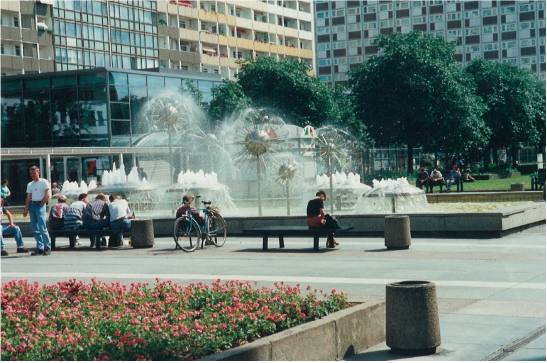 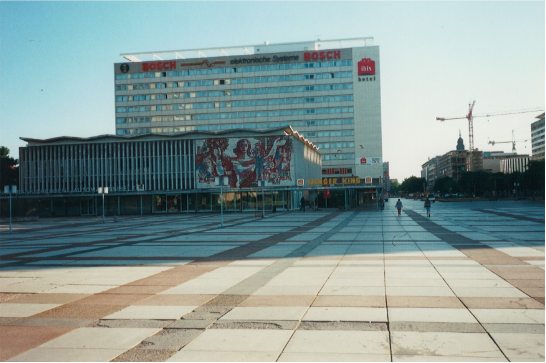 The royal collection is one of the few instances of cultural objects plundered by the occupying Soviets that was actually returned to East Germany. The GDR left Dresden and its environs a shambles. It’s no secret that the economic disaffection in East Germany has found root in far-right politics that are quite frightening to see on German soil, much of it in Dresden.