When a Los Angeles jury returned an eye-popping $416 million verdict for plaintiff in a closely-watched talcum powder ovarian cancer case in 2017, the world took notice. The trial court granted post-trial motions that dramatically changed the jury’s verdict. Recently, in Echeverria v. Johnson & Johnson, the Court of Appeal gave both sides a mixed result, with rulings that will apply to many other product liability cases. 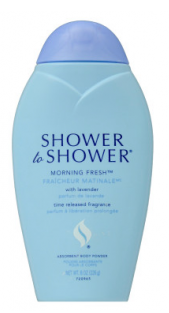 J&J manufactured the product until 1967, when it spun off to subsidiary J&J Consumer Products (“JJCI”). The jury found J&J liable, awarding both compensatory and punitive damages. The trial court granted judgment notwithstanding the verdict (“JNOV”). The Court of Appeal affirmed, applying “the general rule that a manufacturer has no duty to warn of risks posed by another manufacturers product” (citing O’Neil and Taylor, a Gordon & Rees victory). The Echeverria court distinguished the California Supreme Court decision in Novartis, which found such a predecessor manufacturer liable, because that case “concerned continuing liability for a negligent failure toward and labeling that occurred prior to a manufactured divesting itself of the rights to the” product.

The risk of ovarian cancer from talc use during the time that J&J manufactured the product was speculative. Because of that, J&J did not owe consumers a duty to warn. Later developments, including J&J’s active participation in industry groups to defend talc, did not create a duty to warn after the fact. The court ruled that J&J is not responsible for JJCI’s later products solely because of the parent-subsidiary relationship.

This part of the decision will aid defendants in future cases where the exposures pre-date certainty of the claimed risk. Manufacturers that spun off, or sold off, product lines should be heartened by the decision. The parent company will not be liable so long as the sub is not controlled by its parent.

The Actual Manufacturer, JJCI, Gets a Split Decision – But All Better than the Jury’s Verdict

The jury also found JJCI liable – awarding both compensatory and punitive damages. The trial court granted both JNOV and a new trial. The Court of Appeal reversed the JNOV but affirmed the new trial, essentially holding that while the evidence was sufficient to support the verdict and thus defeat JNOV, there was also enough defense evidence to justify the trial court’s discretionary grant of new trial.

The Court of Appeal reasoned that the evidence showed as of 2007 (when decedent died) JJCI knew, as did the scientific and medical community, that there was a statistically significant association between genital talc use and ovarian cancer. While there has yet to be a scientific consensus that genital talc causes ovarian cancer, as needed to prove causation, it was sufficient to show a risk existed. Thus, JJCI had a duty to warn consumers of the risk. Ultimately, what was known between 1967 and 2007 was significant enough that JJCI failed to act reasonably. JJCI should have issued an appropriate warning.

The trial court found significant weaknesses in plaintiff’s causation evidence, particularly relating to the differential diagnosis and relative risk evidence. The defense argued plaintiff’s expert’s reliance improper because the results failed to stratify patients into well-defined risk groups. Further, the results were not classified by the type of tissue in which decedent’s cancer originated. The Court of Appeal found that these weaknesses were not fatal to the opinion, but merely “affected the weight of the evidence.”

The defense argued plaintiff was required to rule out other potential causes of decedent’s ovarian cancer, such as unknown etiology. arguing since she ignorant other causes her opinion was speculative. The Court of Appeal did not find the opinion speculative since the expert “did not ignore idiopathy but instead determined there was in fact a known cause of the cancer.” The Court of Appeal also pointed to the failure of the defense to advance evidence of a specific alternative cause stating, “[t]he defendant did not identify any relevant evidence about other causes it claimed the expert overlooked.” Had the defense done so, then plaintiff’s expert would have had to rule it out. It is not enough to simply discredit plaintiff’s theory. Defense counsel should always advance their own narrative.

The trial court granted JJCI’s request for a new trial, and the Court of Appeal affirmed, because the evidence supported a defense verdict. “[T]he trial court’s ruling granting JNOV to JJCI as to liability must be reversed because the trial court weighed the evidence and made credibility determinations when rejecting and evaluating aspects of [plaintiff’s expert] testimony. In ruling on the new trial motion, however, the court was permitted to assess the credibility of witnesses, weigh the evidence, and draw inferences from the evidence different from those the jury may have drawn.”

“The causation evidence was in significant conflict,” and a “reasonable jury” could have found for the defense. For example, “the trial court found [one plaintiff expert] ‘cherry picked’ the studies without sufficient justification and the weight of the epidemiological evidence undermined her opinion. There was evidence to support this finding.” The “trial court also found there was no evidence of inflammation present in Echeverria’s tissue, rejecting [another plaintiff expert’s] testimony and inferences that could be drawn from it.”

Critically, the Court of Appeal held there cannot be an award for punitive damages “when the evidence demonstrated it is not universally accepted in the scientific and medical community that talc is even a significant factor for ovarian cancer.” Lack of such consensus is common in cases involving many different products with ingredients alleged to be toxic.

Based on this reasoning, unless the scientific and medical community suddenly comes to a consensus that genital talc use causes ovarian cancer or the California Supreme Court grants the inevitable petition for review and reverses, it seems highly unlikely plaintiff can win punitive damages on retrial.