Recalls of unsafe food products in the UK have jumped by 40% from 145 to 203 in the last year* as concerns rise over poorly-labelled foods causing allergy-related deaths, says RPC, the City-headquartered law firm.

Allergy-risk ingredients have recently contributed to the deaths of two people, including a 15 year old girl who died after consuming sesame seeds in a chain sandwich shop baguette. The law does not require the potentially-allergenic ingredient to be listed on the product as it was made fresh on the premises.

The deaths have been followed by the Food Standards Agency launching a consultation on its guidance on food traceability, withdrawals, and recalls, on January 7 this year. The consultation suggests that businesses need to improve their product safety standards and reporting procedures, potentially driving up food recalls in the future.

Also under consultation is the legislative framework for the provision of allergen information for foods packed on the premises from which they are sold. That consultation opened on 25 January and is open until 29 March 2019.

Examples of ‘allergy-risk’ food products that have been recalled in the last year include:

RPC explains that EU legislation was introduced in December 2014 which toughened the requirements for food labelling, and may also have contributed to the increase in the number of food recalls.

Further trends in products recalled this year include:

Nick McMahon, Head of Health and Safety at RPC, says: “Publicity around recent deaths due to unlabelled allergens in food has helped contribute to a more ‘safety-first’ approach among businesses, and possibly a rise in food recalls.”

“The Government is also scrutinising the area, and is consulting specifically on new legislation intended to tighten up labelling requirements for allergens, and more generally on guidance on oversight of the food supply chain. That could trigger even more food recalls in the future.”

“Aside from food, there are other new regulations coming into force by 2020 that will increase the reporting obligations on pharmaceutical and medical device manufacturers. It seems as though the manufacturers have already started to be more vigilant, with a rise in recalls there too.”

RPC explains that the costs to a business of recalling a product are significant, and can include legal fees, the collection, transport and destruction of products, advertising and communications. Recalls managed poorly, or in response to an adverse incident, however, risk a loss of reputation and lower customer loyalty.

Gavin Reese, Product Liability Partner at RPC, comments: “One interpretation of the data is that businesses appear to be increasingly ready to initiate recalls despite the impact a product recall can have.”

“While the short-term fallout may include legal or regulatory actions, and the cost of having to collect products, the effect of a recall on public perception could be even more significant. The loss of customer trust in a brand can be far more costly in the long term if a recall is dealt with poorly. However, an appropriately managed recall, and the prevention of harm, should actually help to enhance brand value”

Food recalls have jumped by 40% in the last year 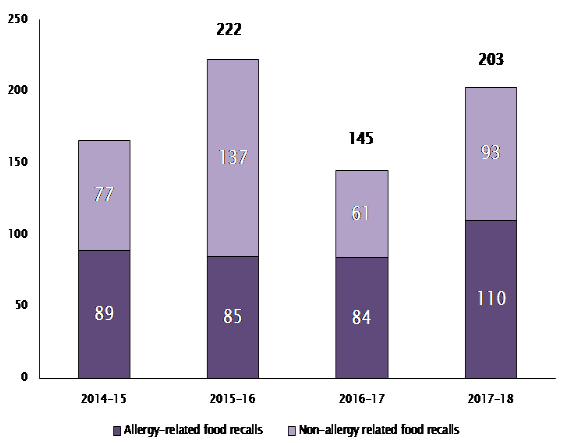 The total number of product recalls has increased by 4% in the last year, and has risen by 60% compared to five years ago 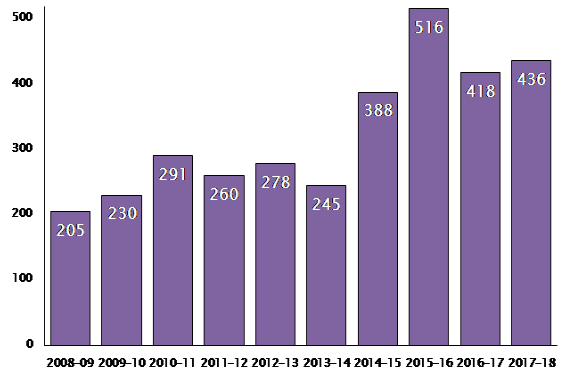