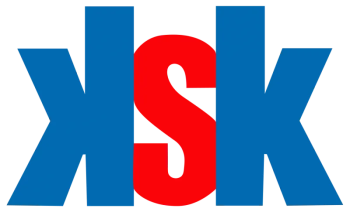 Investments by the foreign investors in India through the Mauritius route has always been a contentious issue, from the Indian taxation perspective. The Hon’ble High Courts of various states and the Authority for Advance Ruling (“AAR”) have revisited the provisions of the India – Mauritius Double Taxation Avoidance Agreement (“DTAA”) (specifically Article 13 which deals with the taxation of the capital gains) time and again. The denial of tax benefits by the tax authorities has led to such revisions. According to them, the transactions are structured with the sole purpose of taking advantage of the provisions of the DTAA. The AAR, in its recent ruling dated February 10, 2020[1], denied capital tax benefits to a resident of Mauritius and held that the entire transaction was structured to avoid capital gains tax (“CGT”) in India.

BRIEF FACTS OF THE CASE

A bidding process was undertaken by the Airport Authority of India (“AAI”) wherein the Applicant was selected in a consortium with GVK Airport Holdings Private Limited (“GAHPL”), and ACSA Global Limited for developing, operating, and maintaining the Mumbai International Airport. In pursuant to the same, Mumbai International Airport Private Limited (“MIAPL”) was incorporated as a private limited company in India to undertake the assignment. The Applicant initially owned 27% of the share capital of MIAPL amounting to 216,000,000 shares. Subsequently, on March 01, 2011, the Applicant entered into a Share Purchase Agreement wherein it transferred its 108,000,00 shares of MIAPL constituting 13.5%. The same was made in favour of GAHPL for a consideration of USD 231 million. The shareholding pattern of MIAPL, post this transfer is interspersed below:

ARGUMENTS IN BRIEF BEFORE THE AAR

In brief, the contentions of the Applicant were based on three grounds. Firstly, Section 90(2) of the Income Tax Act, 1961 (“Act”) provides the assesse an option to be governed by the provisions of DTAA entered into by India with any other country, if the provisions of such DTAA are more beneficial than the provisions of the Act. It was contended that Section 90(2) will override Section 9 of the Act which treats income arising from direct or indirect transfer of assets situated in India is deemed to accrue or arise in India. Secondly, according to Article 13 (4) of India – Mauritius DTAA read with the circulars[2] issued by the Central Board of Direct Taxes, capital gains arising to a resident of Mauritius on the transfer of shares in an Indian company would be liable to tax only in Mauritius. Thirdly, the rulings of the Supreme Court[3] and AAR relied on the fact which held that capital gains arising out of the sale of shares of an Indian company by companies incorporated in Mauritius holding a valid TRC are not chargeable to tax in India in consonance with Article 13(4) of the India-Mauritius DTAA.

On behalf of the tax authorities, it was argued that Bidvest incorporated the Applicant in Mauritius primarily to avail the benefits under the India- Mauritius DTAA and to avoid paying legitimate tax to the Indian government. As it is a tax avoidance scheme, the Mauritius entity needed to be overlooked and the India-South Africa DTAA was brought in, thereby making the capital gains taxable in India. In this regard, the rulings of the Supreme Court[4] and various other judicial forums[5] were relied upon, which had given legitimacy to ‘substance over form’ principle or ‘piercing the Corporate veil’ test in the application of a judicial anti-avoidance rule based on the fact that the transaction is ‘sham or tax avoidant’.

ANALYSIS OF THE AAR RULING

After hearing the arguments, the AAR denied capital tax benefits to the Applicant and held that the entire transaction was structured to avoid CGT in India. It stressed on the importance of an entity having to establish economic rationale and substance for availing treaty benefits. It appears that the AAR invoked the principle due to the following factual information:

Some interesting question which arose after the ruling of AAR are as follows:

Despite a valid TRC, the AAR in the instant case refused to provide treaty benefits to the Applicant. However, at this juncture, it is pertinent to note that the Supreme Court decision in Union of India v. Azadi Bachao Andolan[6] clarified that TRC submission shall be sufficient evidence to claim treaty benefits under India- Mauritius DTAA. Further, in Vodafone International Holdings B.v. v. Union of India &Anr,[7] the Supreme Court stated that TRC can be accepted as conclusive evidence for accepting the status of residents as well as beneficial ownership for applying the tax treaty. The Supreme Court’s decision was followed by AAR in its rulings in E *Trade Mauritius Ltd[8] D.B.Zwirn Mauritius Trading No. 3[9], Ardex Investments Mauritius Ltd[10] and AB Mauritius II[11] where TRC was considered and treaty benefits to the respective applicants were allowed. However, the recent ruling of the AAR in AB Mauritius[12] and observations made by the Bombay High Court in Indostar Capital v. CIT[13] seem to indicate that TRC is losing its significance due to the importance given to the ‘substance over the form’ principle.

One has to note that in 2016, the India-Mauritius DTAA was amended, giving India the right to tax capital gains on the alienation of shares in an Indian company acquired on or after April 01, 2017. This is a grandfathering provision which allows gains arising from the sale of shares acquired before 1st of April 2017 to be taxed as per the earlier 13(4), thus entitling tax benefits. Further, any shares acquired on or after 1 April 2017 and transferred before 31 March 2019, capital gains limited to 50% of the Indian tax rate will be taxed, subject to conditions stated in Limitation of Benefits (“LOB”) clause. The LOB provides that

a) If the structure is designed with the primary purpose to take benefit of a provision granting reduced rate of tax; or

b) The company claiming the aforesaid benefit is a ‘shell or a conduit company’, the benefit provided during the transitional period cannot be availed.

It appears that the AAR ruling has erroneously invoked substance over form principle’ and applied the LOB conditions in the instant case and in AB Mauritius case where shares were acquired on or before April 01, 2017.

Specific factors to be considered

While the ruling does not stipulate the list of factors that would establish that the Applicant is the true owner of the MIAPL shares, it throws light on some pointers that should be appropriately addressed to claim the eligibility:

Note: The pointers have to be considered in addition to the factors mentioned in other AAR rulings.

The AAR rulings in Bidvest and AB Mauritius is a major concern for the foreign investors, in terms of unsettling the set principles and going beyond the judicial precedents. Although the ruling (much like the other AAR rulings) is binding only upon the concerned parties, the tax authorities are likely to increase the tax scrutiny for investments based out of Mauritius, thus propelling more litigations in this subject area. Hence, the Government of India needs to come up with a clarificatory note to put rest to the scramble.