A Warsaw-based company recently threw down the gauntlet to the fashion heavyweight, the owner of one of the most widely recognized luxury fashion brands, Louis Vuitton.

The French manufacturer of clothing and leather accessories registered in Poland – in accordance with the international registration – the figurative mark No IR681252, representing the familiar two-color checkerboard: 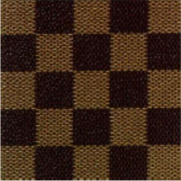 The trade mark protection covers goods in Classes 16, 18 and 25, including handbags, suitcases, clothing, footwear and headgear.

The Polish company countered the charge filing an application for the revocation of the trade mark with the Polish patent office. Leaving no room for speculation, the enterprise motivated its legal interest by invoking the criminal proceedings pending against it.

At this point, the trade mark holder finally joined the fray lodging a complaint against this decision with the relevant regional administrative court. The grounds cited in the complaint included formal defects in the application for revocation and lack of legal interest on the part of the applicant given the scope of the criminal proceedings against him (the proceedings concerned only a small section of goods covered by the registration). The court, however, did not accept the holder’s arguments in this respect, stating that regardless of the material scope of the criminal proceedings, the very fact that the proceedings were pending sufficiently substantiated the applicant’s legal interest.

The Supreme Administrative Court turned out to have a radically different view of the circumstances of the case. It overturned both the lower court’s ruling and the decision of the patent office and referred the case back to the latter for reconsideration. The Supreme Administrative Court judged the regional court to have unjustifiably rejected the holder’s arguments in respect of lack of the defendant’s legal interest in applying for the revocation of the Louis Vuitton trade mark within a scope broader than the material scope of the criminal procedure. While that procedure focused on placing handbags on the market by the Polish company, the international trademark covers a range of goods that were not its subject matter.

The Polish patent office is currently re-examining the application for revocation of the trade mark.

The adventurous Polish entrepreneur is not stopping at that. The Warsaw-based company is intent on striking more blows at the luxury fashion industry. Its recent actions may spell trouble for another fashion giant, the Burberry house.

The Polish patent office has now received an application for international figurative trade mark No IR732879, the famous Haymarket Check pattern, to be revoked in Poland. 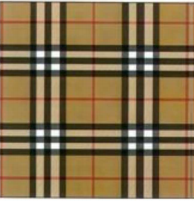 According to the application, the trade marked pattern is not capable of distinguishing, in trade, goods covered by the registration such as, for example, perfumes in Class 3, handbags in Class 18, or clothing, footwear and headgear in Class 25. The applicant argues that the registered pattern serves a mere decorative purpose and is therefore incapable of serving as an identifier of the trade origin of goods to the average consumer.

Although the proceedings in the case have been discontinued under a May 2018 decision of the patent office, as long as the substantive issues in the case remain unresolved the luxury fashion house may be facing the risk of further hassle in Poland.

How to safeguard your merger deal from gun jumping risks