The trademark “PrizivaNet.Ru” was registered on July 3, 2013 in Class 45 (legal services) of the CGS.

Chelyabinsk Regional Public Patriotic Organization "Union of Conscripts" believe that the main goal of the Internet resource “PrizivaNet.Ru” is to popularize youth avoidance of Army service.

They think that the trademark «PrizivaNet.Ru» is contrary to the public interest, principles of morality, undermines efforts aimed at patriotic education of citizens of the Russian Federation.

Rospatent did not agree with the applicant. It noted that “PrizivaNet.Ru” has either a neutral meaning, or, it can be associated with conscription.

Based on vocabulary definitions, the trademark “PrizivaNet.Ru” does not contradict ethical and moral standards, since it does not contain obscene words, anti-human appeals that offend human dignity, or religious feelings.

This designation, in the opinion of Rospatent, is not a slogan urging citizens to refuse the performing of military service.

The right holder of the trademark also has documents from the courts and prosecution authorities. They repeatedly concluded that the law services provided are legal.

According to the information posted on the right holder’s website, the provided services are completely legal and do not violate the requirements of the law. 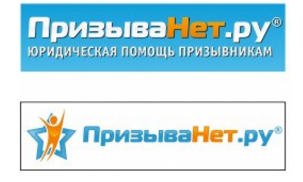