Draw (198) issued 4,500 invitations to apply (ITAs) to candidates with a minimum Comprehensive Ranking System (CRS) score of 357. Today's draw marked the sixth CEC draw in a row to dip below 400 CRS points, while also being the second-lowest CEC draw on record.

The CEC is among the three programs managed under Canada's Express Entry system. The program is designed for skilled workers who have Canadian work experience and want to become permanent residents.

The government is still on track to meet its ambitious target of welcoming over 400,000 newcomers throughout the year. Today's draw brought the total ITAs to 98,804. Almost doubling the numbers issued compared to this time last year which was 54,357 as of July 22nd, 2020.

IRCC applied its tie-breaking rule with the timestamp of February 14, 2021, at 09:04:15 UTC. This means that candidates who had the minimum score of 357 are only invited if they submitted their Express Entry profile before the tie-breaking rule. 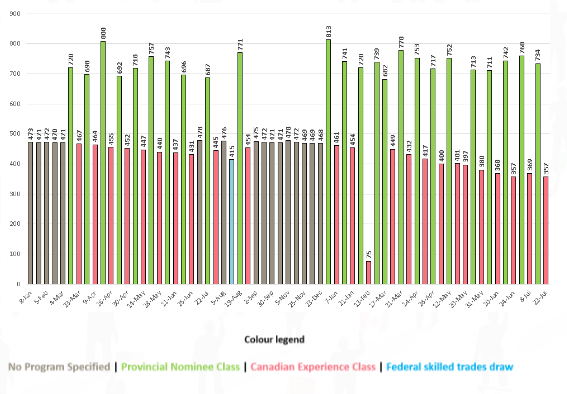