In review: trademark enforcement in Brazil 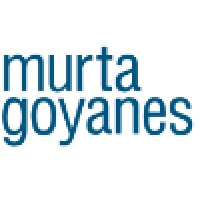 An extract from The Trademarks Law Review, 5th Edition

Trademark infringement lawsuits must be filed before state courts.

Applying for a preliminary injunction is advisable in cases where the plaintiff has strong arguments to prove that there is an immediate and irreparable risk to its rights due to the defendant's actions.

Lawsuits challenging INPI's decisions must be filed before federal courts within five years counted from the publication of the challenged decision in the Official Gazette.

Brazilian legislation does not require pretrial formalities for trademark claims to be admissible in court.

Nevertheless, as a general rule, it is recommended that claimants send cease and desist letters to infringers (whether an individual or a company) and try to settle the matter amicably before considering a lawsuit. This is due to practical and financial issues: courts are severely backlogged and trademark infringement actions can last for many years, resulting in high costs to claimants, especially if the engagement of experts is required during the procedure.

Concerning online infringement, trademark owners may also send a notice and takedown request to online hosts and service providers, asking for the takedown of an infringing content. In this sense, Brazilian Law No. 12,965/2014 establishes principles, guarantees, rights and obligations for the use of the internet in national territory.

According to this law, internet providers cannot be held liable for damage from content created by third parties that infringes a trademark right. However, if there is a court order to remove certain content and the provider does not act accordingly, within the technical limits of its service, it can be held accountable.

Court orders must contain undeniable and specific identification of the alleged infringing content (by means of indicating the corresponding URLs), permitting clear tracking of the material.

Nevertheless, in reality, service providers have been removing material regarding trademark infringement without the need of a court order in cases in which the claimant's rights are easily verifiable through a registration certificate issued by INPI and the violation is unquestionable.

If the parties in conflict have previously entered into an agreement that provides for the resolution of disputes via arbitration, the claimant is obliged to initiate the procedure before the appropriate body. In Brazil, arbitration procedures are becoming increasingly common, and some of the most sought out arbitration chambers are the Center for Arbitration and Mediation of the Chamber of Commerce Brazil-Canada (CCBC) and the Business Mediation and Arbitration Chamber – Brazil and International Arbitration Congress, among others.

Alternative dispute resolutions concerning domain names are regulated by SACI-Adm, which is the administrative system for internet conflicts regarding domains with extension '.br', registered after October 2010. Such proceeding can be brought before any of the authorised arbitration chambers in Brazil (notably, the Brazilian Association of Intellectual Property, CCBC and WIPO). These disputes are not subject to the Uniform Domain-Name Dispute-Resolution Policy (UDRP) (general rule for .com domains).2

According to Articles 129 and 130 of the Brazilian Industrial Property Law, the ownership of a trademark is acquired via a validly issued registration granted by INPI. Trademark owners, including of pending applications, have the right to look after the reputation and material integrity of their marks.

In addition to unfair competition claims, trademark holders (including authorised licensees and sublicensees) may also adopt measures against those who:

All these types of claims may be brought before the court in the same lawsuit, provided that the parties in dispute (plaintiffs and defendants) are the same.

However, trademark rights are not absolute. The owner of a mark may not:

First, it is important to note that Brazil does not have a discovery system as the Brazilian Constitution states that no one is compelled to produce evidence against himself or herself. Therefore, the parties are allowed to withhold evidence that is damaging to their case.

The proceedings before court are very straightforward and commence with the plaintiff filing a written statement of claim detailing all relevant facts, claims, legal basis and pleas. Then, the case will be randomly directed to a court where the judge will (1) receive it and analyse the formal requirements; (2) decide on preliminary injunctions (if any); (3) order the service of summons to be served upon the defendant; and (4) schedule the mandatory mediation hearing.

If the mediation is not successful, the defendant will have a 15-business-day deadline to file its defence, under penalty of being deemed in default and the allegations raised by the plaintiff being presumed to be true. After the defendant files its defence, the plaintiff usually files a response within the same deadline. The judge then orders the parties to present their evidence and, if witness statements are needed, a hearing is scheduled. After that, the case is submitted to resolution.

It usually takes around 18–24 months for the lower court (first instance) to render a final decision on the merits of a trademark case.

According to Brazilian law, remedies may be ordered as a result of civil and criminal actions. Owners of trademarks regularly pursue civil actions to request the cease of the use of the infringing mark and compensation for material and moral damages.

The successful party of an infringement case will be entitled to full recovery of the court fees, in addition to attorneys' fees, which vary from 10 per cent to 20 per cent over the amount attributed to the case or over the amount granted by the judge.

The Brazilian Industrial Property Law states that private criminal actions may also be filed in cases of unauthorised (1) reproductions or imitations of trademark registrations; (2) alterations of registered trademarks already attached to products on the market; and (3) importation, exportation, sale, advertisement or exposure, or having stock of products or packaging with, illicitly reproduced trademarks. There are also provisions concerning crimes against patents, industrial designs, geographical indications and practices of unfair competition.

These actions may result in the payment of fines or the imprisonment of the defendant from three months to one year, even though the latter option is rarely applied. In the course of criminal proceedings, infringing products may also be seized and ultimately destroyed.

Brazil does not have a formal registration system before customs. Thus, to avoid the import or export of counterfeit goods, or the import of grey goods, trademark owners may:

Besides the above measures, it is highly recommended to perform training sessions before customs, which helps customs agents to identify counterfeited goods.

In cases where customs seizes goods, it will notify the trademark holder to submit an administrative complaint within 10 business days, extendable for a further 10-day period, requesting the judicial seizure of the goods. Therefore, it is extremely important to have the trademark owner's and its representatives' contact information registered and updated in the Brazilian customs and Federal Revenue systems.

Depending on the circumstances of each case, it is possible to adopt administrative, civil and criminal measures, such as requiring the destruction of seized products.

If the trademark owner does not adopt any measure, customs may release the goods, provided that all other conditions to import or export goods required by the Brazilian Federal Revenue are met. The same procedure applies to copyright infringing goods.