A $6.75 million judgment was upheld by the United States Court of Appeals, Second Circuit, against a developer that whitewashed 45 spray-painted artworks on its site — several months before the demolition permits were issued. See Castillo v. G&M Realty L.P., — F.3d —-2020 WL 826392 (February 20, 2020). The trial court had issued the maximum statutory damages ($150,000 per destroyed work) pursuant to the “Visual Artists Rights Act,” holding that the developer’s destruction of the murals at “5Pointzb” – a Queens, NY, curated warehouse where aerosol artists were once given legal permission to add their creations both inside and on the building’s exterior – was a violation of the artists’ rights. Much of the appeals court’s affirmance of the trial court’s calculation of damages was based not on a proven market for the works, however. Rather, the trial court’s reasoning included the developer’s “refusal to afford the artists the 90-day opportunity provided by the statute to salvage their artwork, some of which was removable,” having acted out of “pure pique and revenge for the nerve of the plaintiffs to sue to attempt to prevent the destruction of their art.” The developer’s false misrepresentations during early preliminary injunction proceedings and perceived “insolence” did not help. These facts fulfilled the statute’s elements in determining appropriate damages, the first of which is “the infringer’s state of mind,” which weighed heavily against the developer. 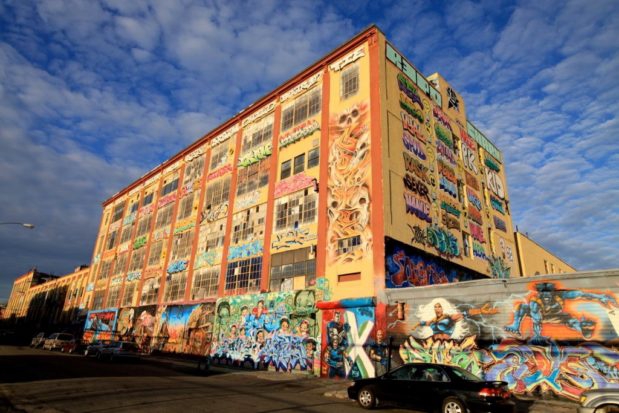