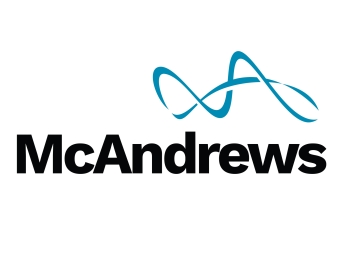 Litigation, especially patent litigation, can be very expensive. Nevertheless, over the last 10 years, according to the justreleased American Intellectual Property Law Association "Report of the Economic Survey," the low end of the range for the median cost of patent litigation in U.S. district courts has stayed about level, and the top end of the range has actually gone down.

In every patent litigation, there are potential off-ramps. In light of your goals for the case, consider what those off-ramps are and plan and adjust your case strategy accordingly. For plaintiffs, are you willing to share in the infringer’s profits (e.g., by voluntarily agreeing to accept continued, competitive sales, subject to a royalty)?

Do you want a judgment and damages (and the cost it takes to get there)? An injunction? Are you willing to work out a business solution? Is this just the first accused infringer and more lawsuits will follow? All of these options should factor into whether you sue, how aggressive you are and how quickly you pursue a potential resolution.

Accused infringers can consider a motion to dismiss (early) or a motion for judgment on the pleadings (later). The time for filing such motions may be delayed in light of a recent, 2- 1 U.S. Court of Appeals for the Federal Circuit decision, MyMail Ltd. v. Oovoo LLC, in which the Federal Circuit vacated a judgment that apparently came too early, before a disputed claim construction was resolved.[4]

Also consider how quickly you want to file a petition for inter partes review. Such petitions must be filed within one year of service of the patent infringement complaint.[5] Once that petition is filed, the patent owner is in a vulnerable position, especially if there are multiple potential infringers. For that reason, the mere threat of an IPR can help encourage an early resolution.

On behalf of either side, consider serious efforts to mediate early in the case. For cases in which a choice of venue exists, the availability of magistrate judges with excellent track records in mediation and settlement may even shape your forum choice. Many settlements that are reached are unsatisfying to both sides. That is the nature of a true compromise.

Nevertheless, a settlement can be more reasonable than pressing a case all the way to, or near, trial, with an uncertain outcome. It has been said, without attribution, that trial is the punishment for unreasonable businesspeople.

Credibility is hugely important with a judge. It is, perhaps, even more important to a jury. Doing your homework will help you to establish and maintain your credibility.

For patent owners, know the asserted patents, the asserted claims and the accused products (to the extent possible) from the start of the case. Study upfront the claim terms that may require construction and consider acceptable constructions, in light of the intrinsic record and other known information. Hire or study potential experts in advance of filing. Know your potential weaknesses and have answers for likely attacks.

Issues that arise on the fly are invariably more time-consuming and expensive to address than issues known upfront. And no one likes to be surprised in patent litigation. Where multiple patents are asserted, for example, it is helpful to have researched which claims may be more susceptible to an IPR challenge and which claims are likely to have the most straightforward infringement reads.

On TV legal dramas, it is the clever attorney or the creative question that wins the case. In the author’s experience, it is diligence that wins cases (and saves time and resources). Be prepared for every phone call, every hearing, every appearance. You never know when a magistrate judge, district judge or an opposing counsel will delve into the merits of the case or a seemingly unrelated topic in the case. Do not be caught flat-footed.

Also, follow up on paths to potential evidence (and assume that third parties will be the source of at least some useful evidence). Give document production (both offensive and defensive) the appropriate attention. Follow up on incomplete discovery responses, as painful as it may be. Pursue claims or defenses until enough information is available to evaluate them. Not doing these things, and attempting to cure or overcome the failure to do them, will cost much more in the end.

Find your best argument ... and know when to use it.

Many defenses to litigation feel (and look) like a shotgun approach. This is not lost on district judges or other decision makers. And while preserving arguments or defenses is sometimes wise, an accused infringer must know when to focus on its best argument — and how to “fire” it at the right time. Of course, certain defenses may be directed only to certain claims, with the remaining claims being more susceptible to another defense.

But far too often, summary judgment motions are overused. Some motions appear to assume that every claim or nearly every claim can be disposed of, often for multiple reasons. Instead, circumscribe your arguments. Pick your best claim or defense and focus on it in dispositive motions. A shotgun approach on summary judgment can hurt your chance of success on all issues (and hurt your (and your client’s) credibility).

Whether you are the patent owner or accused infringer, there are other avenues to take in the case that could potentially expand the case, but that could ultimately lead to a faster resolution by applying additional pressure or changing the status quo. For accused infringers, making product changes, for example, can cut off a potential damages stream.

For patent owners, awareness of the case by distributors or retailers, for example, can impact the market by creating uncertainty. Of course, each industry may present different considerations, and nobody wants to sue their customers or potential customers, but uncertainty for retailers or distributors is untenable. Also, adding claims through continuing application practice can be helpful in cases in which past damages are not the only remedy.

Near the beginning of every dispute, I invite opposing counsel to make a two-way commitment to avoid letter-writing campaigns and other extracurricular activity that have little to do with the merits of the case. So far, not one opposing counsel has taken me up on the offer. The result, unfortunately, is increased costs.

Nevertheless, one can still endeavor to deal with matters such as discovery disputes in the least expensive manner possible — e.g., by telephone as much as possible, instead of lengthy, written communications.

Credibility can certainly impact outcome. But there is little need for name-calling and fingerpointing. Indeed, we see examples monthly of more judges who are fed up with insults and gamesmanship.

The insights above can help control costs in patent litigation, whether in an nonpracticing entity case or a bet-the-company situation. Also, as patent litigators, we receive only two grades from client — hired and fired. The above tools will also help you achieve the former and avoid the latter.