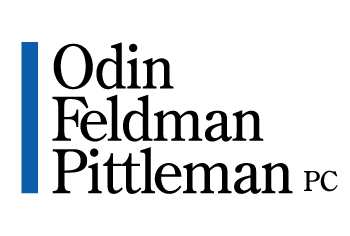 Maryland’s new sick and safe leave law may have come as a surprise to many Maryland employers. The “Maryland Healthy Working Families Act” (the “Act”) went into effect on Feb. 11, 2018, only a few weeks after the General Assembly overrode Governor Larry Hogan’s veto. This left employers with little time to adjust their business practices to ensure compliance with the new law.

Here are 10 key concepts from the Act to keep in mind:

The Maryland Department of Labor, Licensing and Regulation (“DLLR”) has stated that employers were expected to begin complying with the Act on Feb. 11, 2018.

2. The Act applies to all Maryland employers.

3. The Act applies to most employees, but there are exceptions.

Most employees are covered by the Act, but the Act does exempt some workers, such as certain temporary, part-time, agricultural, and construction employees that meet specific criteria.

4. The Act applies not only to personal medical leave, but also to leave related to abuse and family issues.

The Act not only requires the provision of leave for medical reasons, but also for reasons related to domestic violence, sexual assault, or stalking, hence, the “safe” part of “sick and safe leave.” Moreover, the Act generally extends these grounds of leave to one’s family, so if an employee needs to care for an ill family member or to help an abused family member obtain legal services, he or she can use accrued sick and safe leave to do so.[1]

5. The Act provides a clear accrual formula and allows caps on the total amount of leave.

The Act provides that leave accrues at the rate of one hour for every 30 hours of work; however, the Act allows for limitations on employee accrual. For example, an employee’s earned leave may be capped at 40 hours in a year, and used leave may be capped at 64 hours in a year. Also, where the employer provides for accrual of leave over the course of the year, an employee has to be able to carry over at least 40 hours of leave from year to year. An employer may not be required to allow an employee to carry over unused earned sick and safe leave if the employer awards the employee the full amount of earned sick and safe leave at the beginning of each year. An employee’s overall balance may be capped at 64 hours at any given time. The Act contains other limitations with which employers should familiarize themselves.

The Act contains provisions requiring employees to provide certain notice and allowing employers to require verification under certain circumstances, including that the leave was used for more than two consecutive shifts. If an employee fails to provide the required notice for leave and if “the employee’s absence will cause a disruption to the employer,” an employer may deny a request to take earned sick and safe leave. The Act does not define “disruption,” however, and employers should use the denial provision cautiously. The Act prohibits employers from interfering with employees’ rights under the Act or retaliating against an employee for exercising such rights.

8. The Act does not preempt federal law or Montgomery County’s Earned Sick and Safe Leave Law.

Because it is a state statute, the Act does not preempt federal laws, such as Executive Order 13706 establishing sick leave for federal contractors. Moreover, although the Act precludes other localities from passing laws regulating sick and safe leave by private employers, the Act carves out Montgomery County’s Earned Sick and Safe Leave Law because it was enacted before Jan. 1, 2017. Therefore, employers subject to federal sick leave obligations or the Montgomery County Earned Sick and Safe Leave Law should be mindful to meet their respective obligations under those laws as well as their obligations under the Act.

9. The DLLR has interpreted the Act to allow credit for paid time off that is more liberal than the leave required under the Act.

10. The Act does not clearly define its reach outside Maryland.

There are open questions about the Act’s application with regard to out-of-state operations. For example, are employers who only have employees that occasionally work in Maryland covered by the law? The Act does not expressly address the issue, but the DLLR has suggested that only employers with an employee whose “primary work location” is in Maryland are covered. Similarly, do employees of Maryland employers that primarily work out of state receive sick and safe leave under the Act? The Act is not clear on this issue, and the DLLR has vaguely stated only that “[a]ll employees who work in Maryland are entitled to accrue sick and safe leave.”