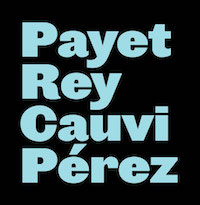 Lobbying is regulated by the government through the Lobby Law published on 23 June 2003 and its Regulations published on 20 December 2018.

Originally, the entity in charge of supervising the correct registration and control of the lobbyists was the National Superintendence of Public Registries (SUNARP), based on the provisions of the Lobby Law, however, in 2017 this law was modified by Legislative Decree No. 1,353 published on 7 January 2017. In this regard, Title IV - Public Registry of Interest Management, where the control functions were established, was abrogated.

Currently, the Lobby Law establishes that each public entity must keep a record of electronic visits in which information is recorded about people who attend meetings or hearings with a public official. This information must be published on the website of each entity in a clear and complete manner.

Likewise, public officials, such as the President, first and second Vice Presidents, members of Congress, ministers, vice ministers, regional presidents and mayors, who detect an action of interest management by a person who has not been consigned in the registry of visits, have a duty to register the omission.

The definition of lobbying is provided in article 3 of the Lobby Law, which establishes the management of interests as a legal activity through which natural or legal persons, national or foreign, transparently promote their points of view in the political decision-making process, in order to guide such decision in the direction they desire.

Originally the registration of lobbyists was mandatory, according to the Lobby Law. However, in 2017, the law was modified by Legislative Decree No. 1,353, published on 7 January 2017.

Evidently, the purpose of registering the lobbyists was to maintain transparency in the decision-making processes of the public administration in order to avoid acts of corruption.

At present, there is no rule that requires a lobbyist to identify him or herself as such, resulting in a voluntary act based on transparency in the management of interests in public administration. However, each public entity must keep a record of electronic visits in which information is recorded about people who attend meetings or hearings with a public official.

According to the Lobby Law, public entities must keep a record of electronic visits in which information is recorded about people who attend meetings or hearings with a public official. This information must be published on the website of each entity in a clear and complete manner. This registration includes both oral and written communications. Finally, the level of the official in the hierarchy does not have a bearing on the duty to disclose communications.

The Lobby Law is applied in the field of public administration, which encompasses entities that are included in article I of the Preliminary Title of Law No. 27,444 - the Law of General Administrative Procedure; it also includes companies involved in the business management of the state.

The Law does not include the jurisdictional functions of the judiciary, the constitutionally autonomous bodies and the authorities and courts before which the administrative processes are followed.

Consequently, the management of interests relates both to public officials included in article 5 of the Lobby Law, such as the President, Vice Presidents, members of Congress, ministers and mayors, as well as lobbyists, who may be natural or legal persons, national or foreign, who boost the development of acts of management of their own interests or of third parties.

The distinction of classes of interest managers was repealed by Legislative Decree No. 1,353, where it expressly established two classes: those that performed acts of management of their own interests; and those that were performed in representation of third-party interests.

As a result of the amendment of the Lobby Law, the communication of this record is made through the electronic registry of visits held by public entities in which information is recorded on persons who attend meetings or hearings with a public official.

Therefore, it is the responsibility of each entity to publish on its website the information contained in the visitors’ registry and in the official agenda of each public official belonging to the organisation.

Owing to the repeal of the article that created the Public Registry of Interest Management, the obligation of interest managers to semi-annually report their activities to SUNARP was also repealed, which potentially jeopardises the transparency and regulation of the management of interests in Peru.

The Lobby Law established a regulation for the registration of the fund system, controlled by SUNARP, where all the management acts were registered. However, the regulation was repealed. Currently, Peruvian legislation does not have regulation in that area.

The records of visits of interest managers is public information and should be disseminated through the transparency portals that each public entity has on its website, as specified in articles 6 and 16 of the Lobby Law, and in article 5 of Law No. 27,806 - the Law on Transparency and Access to Public Information.

The Regulations set forth a list of ethical standards to be met by any private actor that engages in lobbying practices. These standards are:

In addition, there is nothing impeding each public entity from establishing its own code of conduct according to its internal policies.

There are no such restrictions in broadcast and press regulation in Peru.