Decision 26 to speed up equitisation and divestment 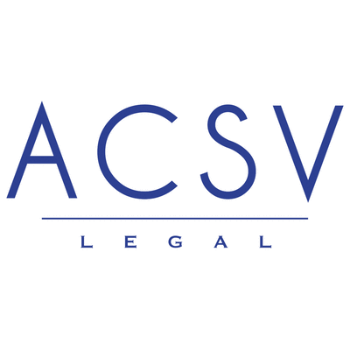 Decision 26 is expected to speed-up the equitisation of SOEs and divestment of State capital to create a level playing field for business entities, generate funds for infrastructure projects and comply with international commitments and free trade agreements.

State-owned enterprises (SOEs) play a large part in Vietnam’s economy. To restructure the economy to be more competitive and increase efficiency of SOEs, the Vietnamese government has been privatising certain SOEs by equitisation (i.e. converting SOEs into joint stock companies) and further divest State capital in equitised SOEs already since 2004 involving over 10,000 SOEs.

Equitisation of SOEs and divestment of State capital are core policies of the Vietnamese Government in order to create a level playing field for business entities, generate funds for infrastructure projects and comply with Vietnam’s international commitments and free trade agreements. As such the Government is expected to make more efforts to speed up the equitisation and State capital divestment process.

In this legal update we will discuss the current state of Vietnam’s SOEs equitisation and State capital divestment.

1. Opportunity for Foreign Investors in 2020

The equitisation of SOEs and divestment of State capital are interesting opportunities for foreign investors and can bring about substantial commercial benefits, as large SOEs usually have a high market share, a large workforce, and own key infrastructure and valuable brands.

Overall, the progress of SOEs equitisation and State capital divestment has been slow and is behind the original schedule. Since 2016, out of more than 4,400 SOEs planned to be equitised in the period 2016‑2020, only 162 have been equitised. According to a report by the Steering Committee for Enterprise Renewal and Development, only 35 out of 127 SOEs have been equitised in 2019. This accounts for 27.5% of the Government’s 2017-2020 plan as laid down in Decision 58/2016/QD-TTg (Decision 58)and Official Letter No. 991/TTg-DMDN of the Prime Minister of 2017 approving the list of 127 SOEs to be equitised each year for the period 2017-2020.

Divestment of State capital from enterprises is also behind the schedule laid down in Decision No. 1232/QD-TTg of the Prime Minister of 2017. This decision approved a list of 406 companies of which State capital needed to be divested. However, State capital was divested in only 88 enterprises or 21.8% of the planned number.

The main obstacles slowing down SOEs equitisation and State capital divestment are the valuation of SOEs and the stricter audit regulations for SOEs.

An SOE must review and declare all land plots they and their subsidiaries currently use or manage, and prepare plans to use them in the future before equitising to the local authority’s approval. Many local People’s Committees have also delayed the approval of land use schemes, particularly those presented by SOEs. Some SOEs have a land plots spread across many provinces, which complicates the issue.

Furthermore, several SOEs must restructure their debts and finances due to cumulative losses.

3.2 Stricter Regulations on Audit of SOEs

The valuation result of SOEs in which the State invests VND1,800 billion (~USD77 million) and above must be audited by the State Audit Office before publishing, which prolongs the equitisation process. Some divestments are also suspended pending investigations under the anti-corruption campaign.

Delays in the equitisation of SOEs and State capital divestment generate State budget loss, hamper the business efficiency of SOEs and reduce the investors’ incentives. Understanding this, the Government is making efforts to address and remove the obstacles.

To facilitate the equitisation of SOEs, the Government issued Decree No. 126/2017/ND-CP (Decree 126). The most notable change from the previous Decree is the reduction of lock-up period for strategic investors down to 3 years. To complete the legal framework for SOEs equitisation several other legal documents were issued.

- Circular No. 40/2018/TT-BTC by the Ministry of Finance (MoF) on 4 May 2018 guiding the initial public offering and use of proceeds from equitisation;

- Circular No. 03/2019/TT-NHNN by the State Bank of Vietnam on 29 March 2019 allowing foreign investors to pay deposit for SOEs equitisation in foreign currency;

- Circular No. 21/2019/TT-BTC by the MoF on 11 April 2019 guiding initial public offering using book-building method, which is expected to help move the price expectation from the state closer to actual market demand.

5. Speed up the Process

The delay as described before has prompted the Government to adjust the plan by issuing Decision 26/2019/QD-TTg (Decision 26) on 15 August 2019. Under Decision 26, the relevant Ministers, Chairmen of provincial People’s Committees and board members of an SOEs have the obligation to submit a quarterly report on the progress of the equitisation process to the Ministry of Planning and Investment, the MoF and the Steering Committee for Enterprise Renewal and Development for supervision. In case of delay or failure of completing the equitisation process of SOEs, they may face disciplinary measures.

This shows the Government’s effort to increase accountability of responsible persons and speed up the equitisation of SOEs.

Furthermore, Decision 26 defines the percentage of shares that the State shall hold, namely: