FTC Distinguishes Between "Natural" and "All Natural" 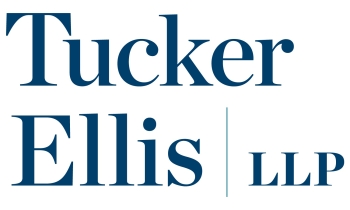 As we reported in our April Client Alert, the Federal Trade Commission (FTC) proposed settlements with four companies that market products containing artificial ingredients as “all natural” or “100% natural.” In announcing the settlements, FTC Bureau of Consumer Protection Director Jessica Rich said that, at least according to the FTC, “‘[a]ll natural’ or ‘100 percent natural’ means just that – no artificial ingredients or chemicals.”

On July 13, after the period for public comment on the proposed settlements ended, the FTC announced it approved the settlements and entered four final orders against companies doing business as ShiKai Natural Hair and Skin Care, Rocky Mountain Sunscreen, EDEN Bodyworks, and Beyond Coastal.

Among other things, the final orders require the companies to have competent and reliable evidence to support any “All Natural” or “100% Natural” claims. They also bar the companies from making unsubstantiated or misleading claims about the extent to which their products contain natural or synthetic ingredients and the environmental or health benefits of their products.

In your comment, you state that products should not be represented as “natural” if they contain any amount of synthetic ingredients, and that the term must be reserved only for companies that provide complete transparency and proof of the natural chemical makeup of their products. Thus, your comment arguably implies that the consent agreement should prohibit the claim “natural” unless the product is “all natural” (i.e., contains no synthetic ingredients).

The record does not support revising the order in this way. We do not have evidence that consumers necessarily interpret “natural” to mean “all natural” or no synthetic ingredients. Absent such evidence, we do not feel it would be appropriate in this case for us to presume that consumers have that understanding of the term “natural.” (Emphasis added.)

The FTC went on to state that the final orders protect consumers by prohibiting the companies from using the term “natural” unless it is true and not misleading. “For example, if an advertisement states that a product is ‘natural,’ and if reasonable consumers would interpret the advertisement as a whole to imply that the product is ‘all natural,’ this claim would violate the order unless it is true and not misleading.”

While it is heartening to have the FTC concede that “natural” is not the same as “all natural,” its foray into the debate over proper use of the terms does little to clear the muddy waters created by the Food and Drug Administration’s (FDA) failure to define these terms. In 2014, the FDA invited public comment on how the term “natural” should be defined and used on food products. By the time the public comment period ended in May 2016, the FDA had received over 7,500 comments. It will take months, if not a year or more, for the FDA to review all of the comments and issue a guidance addressing the issue. Whether the FDA ultimately defines the term “natural” on foods, and the extent to which a definition would apply to cosmetics and other consumer goods, remains to be seen. Unfortunately, until the FDA enters the debate, companies continue to be exposed to often frivolous lawsuits claiming that the use of the term “natural” to describe their products is misleading. These lawsuits will turn on what “reasonable consumers” understand the term to mean when used to describe a particular product or brand. Plaintiffs in the scores of pending class actions will have to commission consumer surveys in the hope they will reveal that consumers do equate the term “natural” with “all natural” or containing no synthetic ingredients. Companies defending these suits will want to conduct their own surveys to show that reasonable consumers understand that even natural products contain some synthetic ingredients. Food, cosmetics, and other companies would do well to try to persuade the FDA to act hastily and finally issue a “natural” guidance.