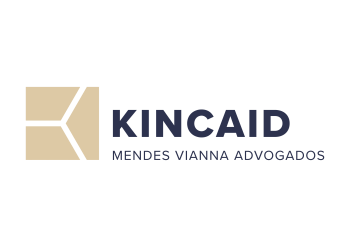 If the arrest is in rem, the creditor shall have the privileged credit properly constituted. If the arrest is filed in personam, the claimant shall demonstrate the likelihood of success on the merits of the case through the presentation of a clear and indisputable debt (a prima facie claim), while the danger in delay may be shown by providing evidence that the debtor might leave Brazilian territorial waters without having other assets in the country; that the debtor might dispose of its assets; or any other mean to justify an immediate court injunction, rather than awaiting the developments on the proceedings until a decision is rendered on the merits.

There are no provisions dealing with the arrest of sister ships in Brazilian law. If the claim is exclusively based on privileged credits with effects in rem on the vessel, the claimant would be unlikely to obtain the arrest of another vessel of the debtor’s fleet. However, if the arrest is in personam, it may be possible to file a precautionary lawsuit against the shipowner to detain a sister ship and request security, even if the obligations are not directly related to such vessel.

In respect to a bareboat or time-chartered vessel, considering that the arrest order is normally rendered ex parte, it is possible for a Brazilian judge to be convinced to order the arrest of the vessel as a means of guarantee for a substantive claim, although the head owner can eventually intervene in the proceedings in the capacity of a third party harmed by the arrest measure, and to try to lift the arrest of its vessel.

Maritime liens in Brazil are governed by the Commercial Code and the 1926 Brussels Convention on Maritime Liens and Mortgages. Under the code and the convention, the claims that give rise to maritime liens and the priority of same under Brazilian jurisdiction are as follows:

The arrest is granted by means of an injunction that precedes the discussion of the merits of the claim. If an arrest is granted and, afterwards, the injunction is overturned or the claim is dismissed, the Civil Procedural Code allows the defendant to seek an indemnity for the losses suffered due to the wrongful arrest. This indemnity can be assessed and liquidated in the same legal proceedings.

Under Brazilian Law, credits arising out of ship suppliers out of the port of registry, included bunkers, are considered privileged. Therefore, based on the nature of such credits, they have in rem effects and follow the vessel, not the debtor, being possible to arrest the vessel if the bunker supply contract was entered with the charterer and not with the owner.

A guarantee may be required by the court from claimants that present an arrest request, to compensate eventual losses sustained by the vessel’s interests in the case of a ‘wrongful arrest’. However, this will be at the judge’s discretion, in the light of the evidence of the credit and the legal grounds of the claim presented by the plaintiff.

Other guarantees will be requested in the form of a pro expensis for foreign claimants having no assets within the Brazilian territory. In this case, the judge may demand security of between 10 and 20 per cent to guarantee the legal costs and opponent lawyer’s fees.

Normally, the guarantee is granted by means of a judicial deposit in cash or a letter of credit issued by a first-line bank headquartered in Brazil. P&I club letters of undertaking are not recognised by the Brazilian courts but may be admitted by the judge if it is accepted by the opposing party and translated into Portuguese.

In substitution for the arrest of the vessel, the court may allow the arrested party to provide a security, which is normally established in accordance with the amount of the claim indicated by the plaintiff or at an amount the judge understands reasonable. Since it is at the court’s discretion, the amount of this security can eventually exceed the value of the ship, although it is not usual nor reasonable. This security can be reviewed subsequently.

The appointment of a lawyer to represent a party in an arrest claim must be made through a power of attorney, issued by a representative of the company, duly empowered as per the by-laws or certificates. Such documents must be signed, notarised or certified with an apostille by the competent authorities at the place of Issuance, to be presented to the courts in Brazil. In the case of urgent measures, such as an arrest, the Brazilian Code of Civil Procedures allows the party 15 days to present the power of attorney to the records, following the presentation of the claim. This deadline can be extended for an additional 15 days.

Preparing an arrest application should not take longer than one business day, including the draft of the claim and the payment of the court costs. However, the challenge is to gather all the supporting documents and meet the formal requirements for the presentation of those at court, which, depending on the number of documents, may take some additional days.

Foreign documents that support the claim will have to be translated into Portuguese by a sworn translator. In the case of insufficient time to comply with such formality before the filing of the arrest application, it is possible to set the arrest procedure in motion and request the judge to grant an extension for the presentation of these documents. However, should the judge understand that these supporting documents were necessary for the analysis of the arrest request, he or she may postpone the decision on the matter until all documents are properly translated.

Some Brazilian courts are fully operational with electronic proceedings, thus accepting electronically filed documents. This means that, in principle, scanned copies may be sufficient and originals are not necessarily needed unless requested by the court.

Finally, Brazil is a signatory to the Apostille Convention, which helps to avoid time and costs with legalisation and consularisation procedures.

Usually, the debtor or owner of the arrested vessel will be responsible for keeping the vessel duly crewed, maintained and in class. The court may appoint a local representative or agent of the owner to act as a faithful custodian while the arrest is in place.

Brazil has not ratified the International Arrest Convention, thus preventing a party from seeking security in Brazil for a claim or arbitration to be submitted to a foreign jurisdiction.

Yes. The Brazilian Civil Procedural Code establishes other forms of measures and injunctions sought to obtain security, either by attachment of values or seizure of assets and values.

Yes. The Brazilian Civil Procedural Code provides for the possibility of precautionary measures and injunctions to allow, among other things, the urgent production of evidence, disclosure of documents and preservation of evidence or assets.

Although it is possible, the arrest of bunkers is not a common practice in Brazil and there is no specific domestic provision dealing with such measure.

The arrest of bunkers, therefore, should follow the general rules of the Brazilian Procedural Code.

Under these rules, a party is entitled to request the arrest of assets or security in general if that party is able to demonstrate both the liquidity of its credits (unpaid bills or a promissory note) and a risk that the debtor and its assets may disappear in the near future (in the instance of an insolvency or similar situations).

The other important aspect is the jurisdiction of the Brazilian judge to rule the merits of the dispute.

The arrest of bunkers may involve logistic and costs difficulties for the arresting party as the claimant will be obliged to nominate a fiduciary agent to be responsible for the bunker and arrange a licensed facility to unload and receive the bunker eventually arrested.