The head of Rospatent on the situation with trademarks in Russia.

Today, more companies, especially foreign ones, are wondering about the possibility or impossibility of losing their trademarks due to the suspension of activities in Russia. Some companies approach the registration of designations as trademarks with caution because they are not sure that some applications with a modified copy of their well-known brand will not appear in the near future and that Rospatent will not refuse such an application for registration.

The situation with the trademarks "дядя Ваня" and "McDonald's", "IKEA" and "IDEA", Nespresso and Nezpresso were vigorously discussed among the patent attorneys of Russia.

It is not surprising that in his recent interview, the head of Rospatent, Mr. Yuri Zubov, also touched on this issue. He pointed out that the intellectual property legislation regarding trademark registration has not changed. Accordingly, it is impossible to register well-known brands that have left or suspended their activities on the territory of Russia. The presence of a previously registered identical or similar trademark, as well as commercial designations are widely known in Russia, but not registered as trademarks, is still an obstacle to the registration of the designation according to the current legislation. This should be remembered when submitting an application to Rospatent. 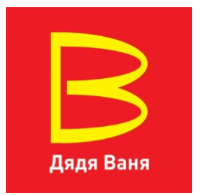 It is worth remembering that, according to the current legislation, a trademark registered on the territory of Russia is protected during the entire period of its validity. A company could, of course, try to apply to the court with an application for early termination of a previously registered trademark due to non-use. However, such an opportunity will appear only after 3 years of non-use of such a trademark in Russia.