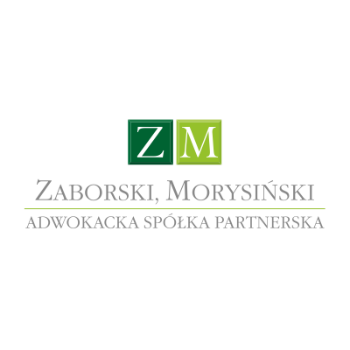 McDonald's is the owner of the EU word mark 'BIG MAC' no. 000062638 for the number of goods and services in Classes 29, 30 and 42 of the Nice Classification that was registered on December 22, 1998 (further: McDonald trademark). Supermac filed a cancelation motion due to non-use of the contested trademark for a continuous period of 5 years following the date of registration in relation to any of the registered goods and services.

McDonald presented three affidavits for Germany, France and UK where significant sales figures in relation to ‘Big Mac’ sandwiches for the period between 2011 and 2016 and attach examples of the packaging of the sandwich (boxes), promotional brochures and what appear to be menus, brochures and printouts of advertising posters, showing, inter alia, ‘Big Mac’ meat sandwiches; and packaging for sandwiches (boxes). The above materials originated from McDonald's International Property Company and were dated between 2011 and 2016. Moreover printouts from the websites, depicting a variety of sandwiches, inter alia ‘Big Mac’, of 18 Member States were presented. These documents were dated between 07/01/2014 and 03/10/2016. A printout from en.wikipedia.org, providing information on ‘Big Mac’ hamburger, its history, content and nutritional values in different countries.

As to affidavits Cancelation Division (further: CD) said that  statements drawn up by the interested parties themselves or their employees are generally given less weight than independent evidences. CD noticed that the perception of the party may be affected by its interests in the matter. The probative value of such statements depends on whether they are supported by other types of evidence. CD noticed that all provided documents (websites printouts, promotional brochures and packaging) originate from McDonald.

As to the web pages printouts, CD noticed that no evidence regarding the operating of the website was provided, like records of internet traffic and hits attained at various points in time or countries from which the web page has been accessed. Moreover these documents do not provide any information on whether the order could have been made.

As to the packaging materials and brochures, CD noticed that no information was provided about how these brochures were circulated, who they were offered to, and whether they have led to any potential or actual purchases. It was underlined that no independent evidence was submitted proving how many of the products for which the packaging was used were actually offered for sale or sold. It follows that the submitted evidence do not give sufficient information to support the sales and turnover figures claimed in the affidavits.

As to printout from en.wikipedia.org, CD said that Wikipedia can not be treated as reliable source of information, as they can be amended by Wikipedia’s users. Wikipedia’s printouts shall be supported by other concrete evidence. The material provided in this case do not give information about the extent of use. As a matter of that filing Wikipedia’s excerpt  has no meaning for the case.

Considering the above, the CD decided that the submitted evidences do not provide any data for the real commercial presence of the contested trademark for any of the relevant goods or services. Provided materials were founded insufficient to establish genuine use of the trade mark and the McDonald’s trademark was cancelled due to non-use.

Even though the evidence catalogue is wide, the analysis of this decisions leads to the conclusion that in each case the trademark owner shall submit very selected and clear evidences. The invoices seem to be the most important evidence but they shall refer to the goods and services with the contested trademark. In most cases marketing materials indicate the intention to use of the trademark which does not constitute genuine use and requires additional supporting evidence. The same refers to the affidavits that should be supported by independent evidence. As to the websites printouts, they shall be submitted together with records relating to internet traffic and records showing the countries from which the web page has been accessed. The practice shows that collection proof of use seems to be not easy and even owners of the well-known and famous trademarks must meet the strict requirements of providing use evidence.