Last month, the Fourth Circuit joined other Circuits in finding that Lanham Act false advertising and false association claims are governed by a case-specific equitable analysis of laches rather than a hard and fast statute of limitations. Although the Bayer decision may appear more forgiving to plaintiffs looking to pursue older claims, the Fourth Circuit made clear that, in the ordinary case, plaintiffs bringing claims after the applicable limitation period expires will face an uphill battle in obtaining relief.

Bayer Consumer Care AG, producer of the naproxen sodium pain reliever Aleve, has long sold a similar drug in Mexico under the name “Flanax.”[1] Although Flanax is the most popular pain reliever in Mexico, Bayer has never sold Flanax in the United States or registered the name here. Thus, in a move intended to capitalize on the drug’s popularity in Mexico, Belmora LLC began to sell Flanax-branded pain relievers in the United States in 2004. Belmora’s American Flanax came in substantially similar packaging to Bayer’s Mexican Flanax, and Belmora produced advertising campaigns suggesting that its domestic version of Flanax was the same product that Bayer sold in Mexico. In 2005, Belmora successfully registered Flanax with the U.S. Patent and Trademark Office over Bayer’s competing application. 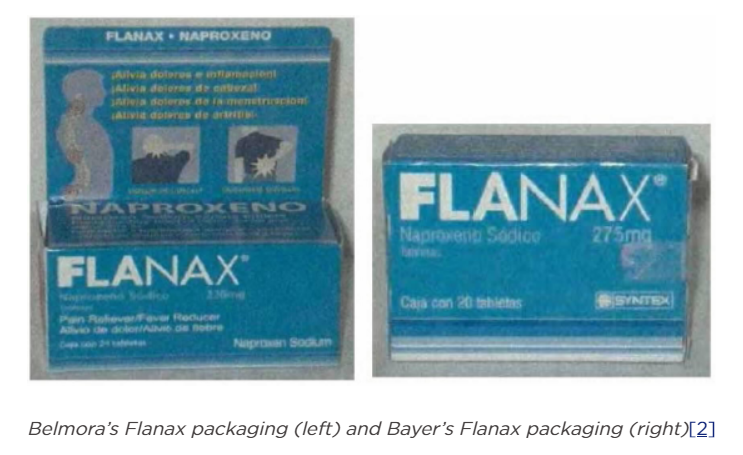 After a successful administrative challenge to Belmora’s registration, Bayer filed suit in federal court in 2014, bringing false association and false advertising claims under § 43(a) of the Lanham Act and similar state law claims.[3] In Bayer’s first run in the trial court, the district court dismissed Bayer’s Lanham Act claims for lack of standing because Bayer had never used the Flanax name in the United States.[4] After the Fourth Circuit reversed, Bayer’s claims were again rejected by the district court, this time based on the expiration of the statute of limitations. In dismissing Bayer’s Lanham Act claims on remand, the district court pointed to at least six dates when Bayer knew or should have known that it could have brought suit against Belmora, each of which occurred more than four years prior to Bayer filing suit in 2014.[5] Although the district court declined to apply one particular limitations period to Bayer’s claims, it found that, regardless of whether a three- or four-year limitations period applied, Bayer’s claims were time barred.

In determining that laches governs the timeliness of § 43(a) actions, the Fourth Circuit looked to case law from the Third, Seventh, and Ninth Circuits.[7] In each case, those Circuits held that a laches analysis, rather than a strict limitations period determination, governed the timeliness of claims brought under § 43(a) of the Lanham Act.[8] In its Bayer decision, the Fourth Circuit thus joins at least six other Circuits in applying laches in the context of Lanham Act § 43(a) false advertising claims.[9]

In remanding the case, the Fourth Circuit emphasized that the district court should consider the period for bringing a similar state action as part of the laches analysis, especially because the Fourth Circuit employs a presumption that claims brought after the expiration of the most-analogous statute-of-limitations are barred by laches. That is because, although the two defenses are “distinct,” laches is “presumed to bar” claims brought under § 43(a) of the Lanham Act that fall outside the applicable limitations period borrowed from the most analogous state law.[10] A similar approach is employed by other Circuits in determining whether laches bars claims under the Lanham Act.[11] While that presumption may yet doom Bayer’s claims on remand, the Fourth Circuit offered three factors for the district court to consider in evaluating whether Bayer can overcome the presumption: “(1) whether Bayer knew of Belmora’s adverse use of the FLANAX mark, (2) whether Bayer’s delay in challenging that use ‘was inexcusable or unreasonable,’ and (3) whether Belmora ‘has been unduly prejudiced’ by Bayer’s delay.”[12]

Takeaways for § 43(a) Claimants and Defendants

Bayer and other Circuit decisions applying laches for Lanham Act suits leave more ambiguity for parties on both sides of such claims. Notwithstanding the presumption employed by the Fourth Circuit and other courts, a claim brought outside the applicable state limitations period will not automatically be dismissed as untimely. Instead, laches demands a more case-specific and fact-intensive analysis evaluation of a plaintiff’s failure to act – a determination that can introduce more uncertainty for defendants facing Lanham Act claims than a simple calculation of the applicable limitations period. Likewise, plaintiffs seeking recovery under the Lanham Act are similarly subject to the same case-specific analysis. But while such an evaluation introduces uncertainty into Lanham Act suits, the continued significance of the applicable state limitations period means that potential plaintiffs who are on notice regarding a possible Lanham Act violation are advised to act promptly to avoid having their claim being kicked on grounds of timeliness.