On January 12, 2018, the U.S. Supreme Court announced its grant of certiorari in the case of South Dakota v. Wayfair, Inc. The oral argument for this case has not yet been scheduled, but it will most likely be held in April 2018, with a decision rendered by the end of the Court’s term in June 2018. Wayfair is a direct challenge of the Court’s holding in Quill Corp. v. North Dakota, 504 U.S. 298 (1992), that, under the dormant Commerce Clause, a remote/online vendor does not have to collect and remit sales/use tax on sales made to customers who reside in a given state unless the vendor has a physical presence in that state. This issue (which we have discussed at some length here and here) is of no small moment to states and political subdivisions that levy a sales/use tax – according to estimates by the Government Accountability Office, Quill caused sales/use tax losses of between $8,500,000,000 and $13,400,000,000 in 2017, alone.[1]

We will have more on this as it develops. In the meantime, please enjoy the first ever Public Finance Tax Blog quiz. Can you identify which of the two flags, below, is the state flag of South Dakota, and which is the state flag of North Dakota? The answer is after the jump. 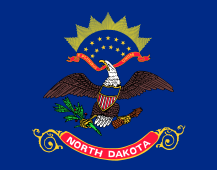 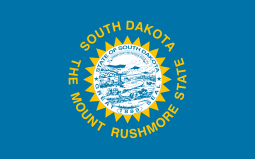 Seriously? You needed to click the jump to learn the answer? If so, you might struggle with the Montreal Cognitive Assessment, which could doom your Presidential aspirations.

To view all formatting for this article (eg, tables, footnotes), please access the original here.
Squire Patton Boggs - Michael A. Cullers
﻿
Back Forward