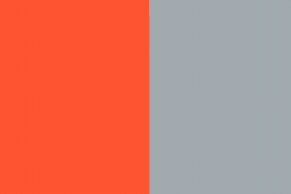 Colour combinations have been registrable as marks since the Trademark Law was amended in 2001. However, in practice, this process has been difficult, as examiners often opt for the easy solution of refusing such marks on account of their lack of distinctiveness. This case illustrates the difficulties in this regard and showcases how to register a colour combination trademark in China.

On 10 June 2015 Andreas Stihl filed an application to register the mark in respect of chainsaws in Class 7. The China Trademark Office (CTMO) refused the application for lack of distinctiveness.

On 29 June 2016 Andreas Stihl appealed to the Trademark Review and Adjudication Board (TRAB), arguing – among other things – that:

The TRAB registered Andreas Stihl's prior mark only after a long procedure. The application had been filed in 2011 and had been refused by the CTMO for lack of distinctiveness. Meanwhile, Andreas Stihl had engaged in several administration enforcement actions against an infringer which was producing and selling exact replicas of its chainsaws. The raid actions had been followed by two civil litigations and judgments had been rendered in Andreas Stihl's favour on the basis of unfair competition.

These civil judgments obviously contributed to the TRAB's decision that the orange and grey colour combination had acquired a distinctive character with regard to chainsaws.

Nevertheless, despite the fact that Andreas Stihl had registered the prior orange and grey trademark in 2015, the TRAB upheld the CTMO's decision, finding that:

Andreas Stihl appealed to the Beijing IP Court. On 7 August 2018 the court overruled the TRAB decision on the following grounds:

According to the Trademark Examination and Adjudication Criteria 2016, in order to register a colour combination as a trademark, applicants must submit:

There are two types of admissible representation for a colour combination trademark.

Applicants may file a representation of the product itself, with dotted lines showing where the colours will be applied. This is the approach that Andreas Stihl used when filing its earlier trademark. This approach is straightforward and easy for examiners to understand; the only downside is that the registrant has little freedom in how it uses the registered colour combination. If the colours are used differently to how they are described in the application, there is a risk that the mark will not be protected.

Applicants may also submit an abstract coloured block (like Stihl's application in the present case), with a detailed description of how the colours are combined and used on their products, but without specifying the product's shape. This approach could enable registrants to obtain a broader scope of protection. However, it is substantially more difficult to obtain such a registration.

Since colour combination trademarks are normally deemed inherently non-distinctive, it is necessary to prove that such colour combination has acquired a secondary meaning through use and advertising (similar to proving well-known trademark status). The applicant must submit evidentiary material regarding:

The main difficulty is proving that the colour combination has acquired a reputation independently of the word mark, which will also feature on the product and packaging. Examiners (and judges) usually have doubts as to whether:

To address such doubts, a market survey may be necessary.

However, in practice, a colour combination may also be protected as a product's peculiar trade dress. Since it may take many years for brand owners to complete the trademark registration process, claiming protection of trade dress may be more efficient in preventing infringements in unfair competition administrative or legal proceedings. In such actions, it is easier to demonstrate a likelihood of confusion. Meanwhile, the protection records of the people's courts ascertaining colours as trade dress can support a trademark applicant's argument that its colour combination trademark is distinctive registrable.