Make sure your expert addresses alternative causes, or you may get a terrible post-trial surprise 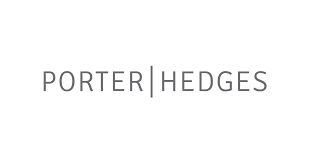 Testimony from a well credentialed expert played a key role for the winning side in a jury trial.  Indeed, the opposition did not even object to the admissibility of this key expert’s testimony.

The winning side might think that the jury verdict has no chance of being overturned for insufficient evidence.  After all, appellate courts are to view the evidence in the light most favorable to the verdict, considering only evidence in support and disregarding contrary evidence.  Also, objections not made are waived.

For example, in Houston Unlimited, Inc. v. Mel Acres Ranch, the Texas Supreme Court reversed and rendered for the defendant, in part due to the plaintiff’s expert’s failure to rule out alternative causes.  For a copy of the case click here.

In a more recent case, the Texas Fourteenth Court of Appeals also reversed, in part due to the experts’ failure to rule out alternative causes.  However, in Galveston Central Appraisal District v. Valero Refining-Texas L.P., the court determined that Valero’s experts had provided at least some evidence of an equal and uniform value of its property that was less than the valuation asserted by the appraisal district, and the court remanded for new trial, rather than rendering judgment for the district.  Although Valero’s apparent victory was reversed, the appellate court at least gave Valero a second chance.  The plaintiff in Houston Unlimited was not so fortunate.  For a copy of the Valero case click here.

If the evidence at trial raises possible alternative causes, the expert should address and rule out those alternatives, even if doing so was not needed for the testimony to be admissible.  Otherwise, an apparent win can become a disappointing loss, post-trial.