The legislative framework for private antitrust enforcement in Philippines 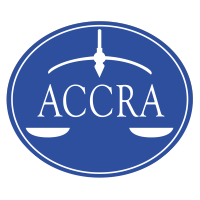 General introduction to the legislative framework for private antitrust enforcement

Even before the Competition Act, civil suits for damages arising from anticompetitive conduct, although infrequent, were commenced in the Philippines. These suits have mostly centred on the enforcement of non-compete clauses in contractual agreements. Jurisprudence shows that the validity and enforceability of non-compete provisions in employment and service contracts have been litigated in the Philippines since the early 1900s. In resolving against objections that such non-compete clauses constitute an undue restraint of trade, the Supreme Court has relied on general principles of Philippine contract law as provided in the Civil Code of the Philippines (including the freedom of parties to enter into contractual stipulations that are not contrary to law, morals, good customs, public order or public policy) and basic fairness.

In addition, civil actions for damages arising from unfair trade practices and other acts of unfair competition have been commenced and maintained on the basis of Article 28 of the Civil Code, which states: 'Unfair competition in agricultural, commercial or industrial enterprises or in labour through the use of force, intimidation, deceit, machination or any other unjust, oppressive or high-handed method shall give rise to a right of action by the person who thereby suffers damage.'

Explaining its appropriate application, the Supreme Court stated that what is prevented under Article 28 of the Civil Code is 'not competition per se but the use of unjust, oppressive or high-handed methods which may deprive others of a fair chance to engage in business or to earn a living. Plainly, what the law prohibits is unfair competition and not competition where the means used are fair and legitimate.' To be able to recover damages under Article 28 of the Civil Code, the following requirements must be met: 'it must involve an injury to a competitor or trade rival', and 'it must involve acts which are characterised as “contrary to good conscience”, or “shocking to judicial sensibilities”, or otherwise unlawful'. In 2014, the Supreme Court affirmed that the defendant engaged in unfair competition for which the plaintiff was entitled to recover damages and attorneys' fees when faced with the following conduct:

Admittedly, the Competition Act was meant to consolidate, to the extent possible, all competition-related laws and, for that reason, expressly repealed an array of Philippine laws including Article 186 of the Revised Penal Code, which prohibits monopolies or combinations in restraint of trade. As a catch-all, the Competition Act repeals 'all other laws, decrees, executive orders and regulations, or part or parts thereof inconsistent with' any of its provisions.

Indeed, it is possible that private damage actions premised on, among others, Article 28 of the Civil Code may continue to be instituted, despite the passage of the Competition Act, especially because of the express prohibition against commencing an independent civil action for violation of the Competition Act until the preliminary inquiry conducted by the PCC under Section 31 is terminated. Should the conduct complained about not be within the purview of the PCC, however, there appears to be nothing that legally bars private parties from instituting independent civil suits for damages arising from anticompetitive behaviour.

Any action arising from a violation of any penal provision of the Competition Act shall be barred unless commenced within five years from the time the criminal violation is discovered by the offended party, the authorities or their agents. With respect to administrative and civil actions, the five-year prescriptive period runs from the time the cause of action accrues, which is when the anticompetitive conduct that caused the alleged damage or injury occurred.

On the other hand, the separate civil action under Articles 19, 20, 21 or 28 of the Civil Code, which is akin to a tort under the Philippine legal system, prescribes within four years from the time the cause of action accrues.

As mentioned earlier, the institution of an independent civil action arising from a violation of the provisions of the Competition Act is prohibited until the PCC has terminated its preliminary inquiry into the conduct of the allegedly erring person or entity. Significantly, the preclusive effect appears to be limited to civil actions founded on violations of the Competition Act, and thus seemingly excludes civil actions brought under other laws, including the Civil Code. However, there is basis to argue that the period to file any civil case for damages arising from anticompetitive conduct, even if premised under Article 28 of the Civil Code, is suspended when the PCC is already conducting a preliminary inquiry. In GMA Network, Inc v. ABS-CBN Broadcasting Corporation, et al, the Supreme Court sustained the dismissal of a complaint for damages premised on unfair competition on the ground that it failed to state a cause of action. The complainant, GMA Network, Inc (GMA), alleged that the defendants took advantage of their common control and ownership, and thereby arbitrarily re-channelled GMA's cable television broadcast on 1 February 2003, caused distortions to its signal transmission, reduced the quality of its programmes and thereby caused business interruptions to, and injured the operations of, GMA. In sustaining the dismissal of the complaint, the Supreme Court ruled that the issues of whether the conduct of the defendant cable companies had been committed and were unfairly done were within the primary jurisdiction of the National Telecommunications Communication, before which a similar complaint, also filed by GMA, was pending. In applying the doctrine of primary jurisdiction to dismiss the damage suit, the Supreme Court held that the questions underlying an award of damages entail specialised knowledge in the fields of communications technology and engineering, which courts do not possess. Thus, although regular courts have jurisdiction over actions for damages, per the Supreme Court, it would nonetheless be proper for the courts to yield their jurisdiction in favour of an administrative body with specialised expertise.

The doctrine laid down in GMA Network, Inc v. ABS-CBN Broadcasting Corporation, et al may be applied to civil actions for damages grounded on the Civil Code, including Article 28 on unfair competition, and filed even before the preliminary inquiry of the PCC has been terminated. The PCC being the exclusive agency statutorily tasked to police anticompetitive conduct, the doctrine of primary jurisdiction may readily be invoked to dismiss such civil actions.