Deepfakes in the world of entertainment and sport - A danger or a new opportunity? 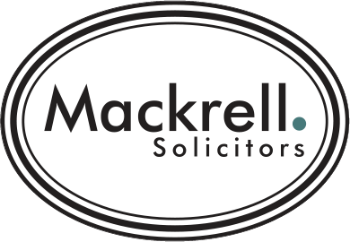 Advancements in deepfake technology have caught the worlds of social media, politics, sports and entertainment by surprise and raised interesting questions about the inherent value of a person’s image and identity.

A ‘deepfake’ refers to a high quality video that has been edited using an algorithm to replace the person in the original video with someone else, often with accurate resemblance.

Deepfakes are visually impressive and have serious commercial potential. However, as is often the way with advances in technology, thoughts have already turned to how deepfakes could be used maliciously to dupe and mislead the public.

In the coming years, we are likely to see a growing use of legitimate and illegitimate deepfakes and this raises interesting questions about their morality and legality, particularly in terms of intellectual property rights.

Intellectual property law is well established in England and therefore, we have legislation and common law mechanisms in place to contend with a number of the potential legal issues that now surround deepfakes.

The famous case of Eddie Irvine v TalkSport is relevant here as it demonstrates how English law may choose to handle deepfakes in the future. This matter hinged on issues relating to Mr Irvine’s ‘likeness’ and the ‘passing off’ of Mr Irvine’s image

In this case, there was a false suggestion of endorsement by Mr Irvine of an advertiser’s (TalkSport) product, despite the racing star himself not giving his permission for his likeness or image to be used.

In resolving this matter, it was decided that, to be successful in bringing such a claim, a public figure must have a significant reputation and goodwill attached to their likeness. With such goodwill in place, a defendant would have had to use the image to create a false message about that person to the extent that, on the balance of probabilities, a significant section of the company’s market thought that its goods or services had been endorsed or approved by the public figure.

The conclusions of the High Court confirmed that false endorsements using someone’s image and likeness can amount to passing off under English law – a concept already well established within intellectual property (IP) law but that historically has only been associated with brand protection.

The broader issue of image rights covers a wide gambit of legal protection of a person’s likeness and comprises various legal rights.

The ultimate damage in this example related to loss of earnings and autonomy in the use of Mr Irvine’s image, rather than perhaps the denigration of his character through association with the brand.

However, there are fears that deepfakes could also be used to harm the reputation of an entertainer or sports star, possibly even landing them in legal hot water for defamation or other offences in extreme cases.

Clearly, IP law must adapt to create a simpler mechanism to block others from using their deepfake-selves without permission and payment.

At present, disgruntled parties can seek damages and injunctive relief where their image, likeness or voice has been misused through a deepfake. However, it is always going to be hard for the public figure to prove losses as a result of being deep-faked and/or associated with a brand via their deepfake without their consent.

This issue becomes even more complicated where a deepfake only attempts to emulate, but not entirely replicate a person, as that then raises questions about the point at which a person’s image has a determinable value.

Would the public figure only need to show that the deep fake is significantly similar to their appearance and is being used without their authority? Or would a lower burden of proof be more appropriate to protect the public figure’s legitimate concerns?

The value of a person’s image should not be underestimated. This is especially relevant in the age of the influencer and social media star, where image is the key component their businesses.

For this reason, the law needs to adapt and change to reflect the advanced nature of deepfakes so that athletes, actors, musicians and other public figures cannot properly protect the goodwill held in their image, voice and name. Equally, and arguably more excitingly, legal clarity could enable and encourage further commercialisation of deepfake as a marketable resource for public figures.

This leads to a bigger question about value. Would a deepfake be as attractive or valuable to the viewer (if an audience can differentiate between real and deepfake)?

If people are informed that they are not seeing a real’ celebrity, yet brands can prove that by attaching a ‘deepfake person’ to a product, people still engage and buy the goods or services that the deepfake is endorsing, what is the difference? The endorsement is still true, the only difference is the actual presence of that person.

The commercial potential of deepfakes could be significant and so it is likely that more and more celebrities and sports stars will seek out methods of protecting and commercialising their image rights through deepfakes.

This is an area that requires further investigation by legislators and which is likely to develop over time, as deepfakes become more commonplace and their misuses are challenged by the courts.

Until then, as advisers to entertainers and athletes, we are already recommending that clients consider these issues as they plan out their future careers so that they are prepared to challenge unlawful uses of their image and take advantage of the commercial opportunities that this technology creates.