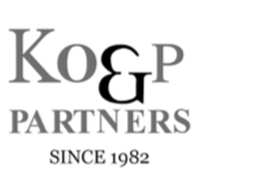 i Board structure and practices

In Namibia, companies usually have a one-tier structure. The Companies Act does not make provision for a two-tier structure. Nor does it deal with the powers and functions of the chairperson (even though it refers to a chairperson of the board); these are usually dealt with in the articles of association of each company. The Companies Act does not refer specifically to chief executive officers, although most companies in Namibia have one.

The NamCode recognises what happens in practice and states that each board should elect a chairperson, who should be a non-executive director. Furthermore, each board must appoint a CEO and establish a framework for the delegation of authority. The CEO may not be the chairperson. The NamCode sets out in detail the responsibilities of the chairperson and the CEO, and states that the board must consist of a majority of independent, non-executive directors.

The legal position of directors in relation to the company is not settled under Namibian law. Directors have been referred to as agents of the company, trustees and managing partners. The better view, however, is that the directors stand in a unique or sui generis relationship to the company and should not be forced into a specific role or position (although they do reflect various characteristics of each of these roles). Each director, as an individual member of the board, has certain rights and responsibilities. These rights and responsibilities are set out in the Companies Act, common law, the articles of association of the company and, where applicable, the shareholders' agreement.

Under the NamCode, the board, its committees and individual directors should be subject to annual performance evaluations. Induction of directors as well as ongoing training and development must be conducted through formal processes.

Section 1 of the Companies Act defines a director as '[including] any person occupying the position of director or alternate director of a company, by whatever name that person may be designated'. The importance of this definition is that a person will, for purposes of the Companies Act, be a director if, objectively speaking, that person occupies the position of director, regardless of what title he or she has.

Under the Companies Act, every public company must have at least two directors and every private company must have at least one director. Until directors are appointed, every subscriber to the memorandum of incorporation of a company is deemed to be a director of the company. The majority of the subscribers may, in writing and subject to the articles of association of the company, determine the number of directors and the appointment of the first directors. After every change in the board of directors, the company must lodge Form CM29 with the Registrar of Companies. Any person who is appointed as a director or officer of a company at any time after the company has become entitled to commence business must, within 28 days of the date of that appointment or within a further period that the Registrar may allow if a good reason is provided and on payment of the prescribed fee, lodge with the company his or her written consent to that appointment on the prescribed form (Form CM27). This does not apply to the reappointment of a retiring director. The acts of a director of a company are valid notwithstanding any defect that may afterwards be discovered in his or her appointment or qualification.

The Companies Act disqualifies certain persons from being appointed or acting as a director of a company, and no person falling within this category may assume the position of a director within the Republic of Namibia. Furthermore, the Companies Act also provides for the disqualification of directors by an order of the High Court. Any person disqualified from being appointed or acting as a director of a company, and who purports to act as a director or directly or indirectly takes part in or is concerned with the management of any company, is committing an offence and is liable to a fine of up to N$8,000 or to be imprisoned for a period not exceeding two years, or both. The statutory disqualifications do not prohibit a company from providing in its articles of association for any further disqualifications for the appointment of, or the retention of office by, any person as a director of that company. Furthermore, the High Court of Namibia may make an order directing that, for any period specified in the order, a person, director or officer must not, under certain circumstances, without the leave of the Court be a director of a company or in any way, whether directly or indirectly, be concerned or take part in the management of any company.

Every company must keep a register of directors, officers and corporate secretaries at its registered office. The register must be kept in English and must contain the information prescribed by the Companies Act. Except when closed under the Companies Act and subject to any reasonable restrictions that the company may impose in a general meeting, so that not less than two hours in each day is allowed for inspection during business hours, the register of directors of a company must be open to inspection by any person upon payment for each inspection of the prescribed amount or any lesser amount that the company may determine. Any company that fails to keep a register is committing an offence, and is liable to a fine of up to N$2,000, and an additional fine that cannot exceed N$40 for every day the offence continues.

The rights of directors are derived from various sources. These may include the Companies Act, common law, the company's articles of association and any agreement entered into with the director, such as employment or service agreements.

As with the rights of directors, the powers of directors may be found in various sources, including common law, the Companies Act, the articles of association and any agreement entered into with the director. Certain powers are reserved for the members, who exercise these powers at general meetings of the company. Other powers may be exercised by the members or the board of directors, depending on the division of powers in the company's articles of association and the provisions of the Companies Act. Where powers are vested in the board of directors, the directors alone can exercise these powers. A director may not place him or herself in such a position that his or her personal interests conflict or may possibly conflict with his or her duty to act in the best interests of the company.

Under common law, directors are empowered to do whatever is reasonably incidental to the management of the company's business. This may include the power to enter into contracts, appoint employees and even cease business operations. The articles of association of a company usually provide for the specific powers of the directors. The articles of association may also impose restrictions on the powers of directors. The powers of the board of directors are exercised by means of resolutions passed at meetings of directors.

Under Section 39 of the Companies Act, where the objects of a company are stated in its memorandum, there must be included in those objects unlimited objects ancillary to those stated objects. For example, the memorandum for a company whose object is investing in property must state 'Investing in property and all objects ancillary thereto'. A company has, unless limited by the Companies Act, plenary powers to enable it to realise its objects and ancillary objects, except those specific powers that are expressly excluded from or qualified in its memorandum. These plenary powers are set out in Schedule 2 to the Companies Act.

The Companies Act places various restrictions on the powers of directors. These restrictions apply notwithstanding anything to the contrary contained in the memorandum and articles of association of the company. For example, the directors of a company have no power to allot or issue shares of the company without the prior approval of the company in a general meeting. Any director of a company who knowingly takes part in the allotment or issue of any shares in contravention of this Section is liable to compensate the company for any loss, damages or costs that the company may have sustained or incurred thereby, but proceedings to recover any such loss or those damages or costs must be commenced no later than two years from the date of the allotment or issue.

Another example of where a director's powers are limited relates to share option plans in which the director is interested. An option or a right given directly or indirectly to any director or future director of a company in terms of any scheme or plan, to subscribe for any shares of that company or to take up any debentures convertible into shares of that company on any basis, is not valid unless authorised in terms of a special resolution of that company. This, however, does not apply where those shares or debentures are allotted or issued in proportion to existing holdings, on the same terms and conditions as have been offered to all the members or debenture holders of the company, or to all the holders of the shares or debentures of the class or classes being allotted or issued. An option or right is not invalid in terms of this Section if that director or future director of the company holds salaried employment or office in the company and is given that option or right in his or her capacity as an employee.