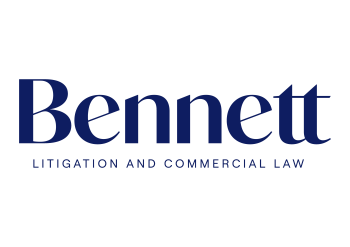 The report makes 20 recommendations for law reform which, according to the ALRC, ‘will significantly strengthen and simplify the Commonwealth corporate criminal responsibility regime’.

In its summary of recommendations, the ALRC noted that prosecutions under the current legislative regime were typically for relatively minor offences and were often withdrawn. This suggests that current laws present difficulties for prosecuting corporations.

The ALRC found that there are at least 3,100 offences across 25 Commonwealth statutes which suggests that this area is weighed down by unnecessary complexity.

The ALRC recommends that it should be an offence for a corporation to fail to prevent offences that may arise in the context of trans-national business (Recommendation 19). The obligation on corporations would extend to preventing their ‘associates’ from engaging in misconduct. ‘Associates’ is defined broadly. It would be a defence to show that the corporation had taken reasonable measures in good faith to address risk and prevent offending.

The overseas offences identified by the ALRC which may occur in a trans-national business context include tax evasion, slavery, human trafficking, violation of foreign sanctions, torture, crimes against humanity, war crimes and financing of terrorism.

This recommendation would be an extension of the regime proposed in the ‘CLACCC Bill’ (Crimes Legislation Amendment (Combatting Corporate Crime) Bill 2019 (Cth)) already before Parliament which would create the offence of failure to prevent an offence of foreign bribery.

The ALRC recommends the introduction of ‘system of conduct offences’ as a new category of offence (Recommendation 8). These offences would criminalise contraventions of prescribed civil penalty provisions that constitute a system of conduct or pattern of behaviour by a corporation. This recommendation relates to the ‘corporate culture’ of corporations. It puts the onus on organisations to ensure that misconduct does not occur.

3. Conduct of officers, employees and agents

Further, where it is necessary to establish a state of mind of body corporate in relation to physical element or offence, it would be sufficient to show one or more officers, employees or agents had the relevant state of mind (Recommendation 7).

The Australian Law Council (ALC) has urged caution with respect to legislation deeming a corporation guilty of criminal offences due to the conduct of its officer, employee or agent. The ALC point out the recommendations are not consistent with general principles of criminal responsibility and may leave corporations, including small businesses and charities, liable for the actions of employees including junior employees.

The ALRC has also recommended that corporate misconduct should be punished primarily by civil provisions and criminal penalties should only be applicable where a civil penalty is insufficient (Recommendation 2).

It was critical of the current sentencing and penalty regime with respect to corporate conduct, noting that pecuniary penalties, often enforced some time after the misconduct, may be seen as the ‘price of doing business’ and disproportionally affect innocent third parties such as employees and shareholders (Recommendation 3).

To address this, the recommendations include giving Courts the power to:

consider factors when sentencing a corporation for civil and criminal breaches including the company’s financial circumstances, corporate culture, foreseeability of criminal activity, self-reporting, compensation and the effect of sentence on third parties (Recommendations 10 and 11);

To avoid the perception that corporations escape with a ‘slap on the wrist’, infringement notices should not be used and there should be judicial oversight and open publication of reasoning behind deferred prosecution agreements (Recommendation 20).

The ALRC considers that it is necessary to ensure there is national consistency with respect to corporate criminal misconduct. One recommendation is that there be a national debarment regime, which would exclude corporations with a history of misconduct from receiving government contracts (Recommendation 15). There is no detail on how suitably contrite corporations can rehabilitate themselves.

The ALRC has also recommended that State and Territory proposed corporate offences should comply with the Attorney-General’s Department Guide to Framing Commonwealth Offences, Infringement Notices and Enforcement Powers (Recommendation 4).

Further, it recommends the implementation of national principles and policies of the collection of criminal justice data (Recommendation 1).

It is the aim of the recommendations to improve Australia’s corporate criminal responsibility regime by providing for clearer laws that reduce regulatory compliance burden, better protect individuals from serious corporate misconduct and produce a national approach for the collection of data relating to corporate crime.

The ALRC recommendations are extremely broad in their scope and if enacted, add a layer of responsibility to companies to ensure compliance with the laws against corporate misconduct not only within Australia but also overseas.