Can IP speed-up new technology adoption in the recycling industry?

If you conduct a patent search for ‘recycling plastic’, you’ll get roughly one million results. While this would usually indicate a mature industry, in the UK there’s still huge variation in the plastics accepted by local recycling centres. For example, the notorious coffee cup can be recycled, but there are only three plants capable of doing so in the UK — and sorting and transporting used coffee cups is costly and damaging to the environment.

This indicates that there’s a real lag between innovation and technology adoption in the recycling industry. Such a lag is particularly obvious when we consider bioplastics — but what’s causing it, and can IP rights help to fix it?

With speculation that the recycling industry is due to experience huge growth both in terms of size and profitability, it’s important to understand the benefits of patent protection.

A quick guide to recycling plastics 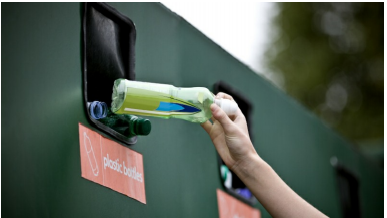 One outstanding alternative is compostable plastic. Usually made from corn, this can degrade into compost without any industrial processing. While compostable plastic has great potential for single-use products, it has been criticised for removing corn from the world food supply (the weight conversion from corn input to plastic output in production is around 2.5 kilos of corn to 1 kilo of plastic).

It’s rather incredible that we’re still using so much petrochemical plastic when you consider that biodegradable cellophane was patented as early as the 1910s. Bioplastics were investigated for commercial use in the 1960s but the patents were abandoned, patenting activity for bioplastics started to increase in the late 1980s. A search for ‘biodegradable plastic’ shows patents dating from the 1970s and ‘compostable plastic’ returns patents as far back as the 1990s.

This is even more surprising given that our existing plastic production processes and factories are well-established and have a high output to keep up with demand. Unfortunately, the infrastructure and raw materials (fossil fuels) required for petrochemical plastics are much cheaper than their biodegradable alternatives.

Any lag between innovation and adoption is perhaps due to a hesitance to invest in building new factories capable of producing the required materials in similar quantities for lower costs. So, the question is — how can we reduce such a cost-gap and end the plastic crisis?

Recycling centre sorting technology is developing alongside innovation in new materials. This includes many smart ideas including grinding down recyclable materials into a sludge to separate the biodegradable from the non-biodegradable; using lasers to detect colours and thereby classifications of whole plastic, metal or glass articles; and using magnets to separate iron from a stream of waste. Having strong IP in this area will foster investment and generate potentially lucrative licensing opportunities. Having a patent or pending patent is vital for reassuring potential investors that the invention is protected from copycats. Without patent protection, a business is relying on trade secrets, which can be difficult to enforce. The advantages of a patent are that the invention is defined clearly in the claims — and enforcement is simply a matter of interpreting those claims. The cost of obtaining a patent can be quickly offset by investment or licensing. As recycling centres are bound to grow in number and capacity, many new ventures will be keen to license an innovative patent to take advantage of this demand. Organisations that construct recycling facilities may not have in-house research departments, as they’re typically more focused on construction and management. This makes licensing to these organisations a viable way to profit from an invention. 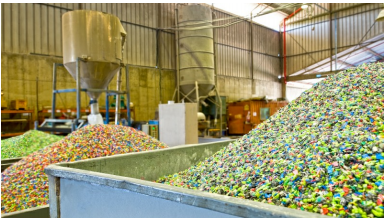 IP can also be used to help advance technologies like bio-based plastics. For example, some bioplastics can be recycled alongside petrochemical-based plastics. These may provide the transitory material required as we work towards using more bioplastics, as they don’t contaminate plastic recycling batches in the way that some biodegradable plastics do. This could be rapidly adopted, as the infrastructure is already in place. If such an innovation is protected with IP, it means that the patentee would have a strong monopoly with the potential for uptake in many countries. Owing to this potential rapid adoption, a pending application could form the basis for securing investment or beginning commercial activity before the deadlines of claiming priority or entering the national phase of a PCT application have passed. This means that the applicant would have one to two-and-a-half years to decide on the markets around the world in which they would benefit from patenting. A patent must be novel over all publicly available knowledge before its filing or priority date. This means that in most countries, you can disclose your invention publicly once the patent application has been filed without destroying the novelty requirement.

Patenting with the appropriate filing strategy is crucial in protecting the invention. A patent provides a monopoly in this growing market.

The bioplastics market is forecast to grow by 20% by 2024. Those innovations that are adopted may remain in use for many years, thereby making this market highly competitive in its current nascent stage. It seems inevitable that bioplastics (either biodegradable or recyclable) will become the standard material if we’re to move away from fossil fuels. Technology that harmonises with existing infrastructure might be more readily adopted.