Who owns a trademark? Jeremy Lin wins Linsanity, as Anthony Davis fights for his unibrow 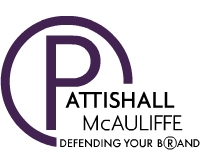 THREE-PEAT is a well-known term that refers to a sports team’s third consecutive championship.[1] Byron Scott, an ex-Los Angeles Laker, coined the term after his team won its second consecutive NBA championship in 1988.[2] Unfortunately, Scott could not profit from licensing the term to apparel companies, advertising agencies, or sports teams. Why? Scott did not try to establish rights in the term THREE-PEAT, either through registration or use. Scott likely did not see the value in trademark licensing at the time, but his coach, Pat Riley, saw an opportunity and obtained a trademark registration for the term in November 1988. Even though Scott coined the term “Three-peat,” Riley is the one that has been earning royalties from use of the trademark.

The arena of sports provides a ripe field for coining catchphrases such as “three-peat,” as well as terms that incorporate the names and likenesses of the superstar athletes themselves. Understanding who owns a trademark that incorporates the name or likeness of one of these individuals requires understanding the basics of two distinct bodies of law: trademark and the right of publicity.

Celebrities can obtain trademark rights for catchphrases associated with them by using the marks in commerce in connection with a specific good or service. Celebrities can also obtain state registrations for their marks, or simply own common law rights without a registration after using the marks in commerce. Filing for a registration with the United States Patent and Trademark Office (USPTO) is important and will often trump later applications, except for a few exceptions that are discussed later in this article.

Two recent trademarks surrounding basketball players Jeremy Lin and Anthony Davis illustrate the delicate balance between trademark law, the right of publicity, and the person who coins the catchphrase’s rights to his or her creation.

Anthony Davis is another basketball player turned celebrity. Davis was the NBA’s number one draft pick out of the University of Kentucky this year. Besides being a dominant power forward, Davis is well known for his profound unibrow. Reid Coffman, the owner of the University of Kentucky apparel store Blue Zone, created the catchphrase “Fear the Brow,” sold merchandise with the catchphrase in interstate commerce, and filed for a trademark of the catchphrase before Davis was drafted.[4] Now, Coffman has stated publicly that he is open to selling the FEAR THE BROW trademark to the highest bidder.[5]

So what is the difference between Lin’s situation and Davis’? Lin’s case is rather straightforward, while Davis’ is not.

The Lanham Act prohibits registration of a trademark if the mark falsely suggests a connection with a person, living or dead, [6] or if the mark consists of or comprises a name, portrait, or signature that identifies a particular living individual .[7]

In Lin’s case, the term LINSANITY both falsely suggests a connection to Lin, as well as consists of Lin’s entire surname.[8]  Thus, Lin should be able to prevail in any dispute over ownership of a mark incorporating his full name.

Using a right of publicity statute, Davis could argue that Coffman’s use of the catchphrase “Fear the Brow,” although coined by Coffman, exploits Davis’ likeness for commercial gain. Right of publicity law focuses on keeping individuals from exploiting celebrities’ unique characteristics, of which Davis’ unibrow may be one.

Despite NCAA rules that prevent college athletes from profiting from their image while playing college sports, Davis could have retained a lawyer to file intent to use trademark applications for similar marks that he planned to use in the future, like RAISE THE BROW.[11] An intent to use application would have saved his spot in the trademark application line until he was no longer a college athlete and could begin to use the mark in interstate commerce.

Unfortunately for those people who coin catchphrases that refer to professional athletes or celebrities, the time to exploit those catchphrases will likely be limited to the time it takes the famous individual to call a trademark lawyer.

But, those coiners like Byron Scott who create a catchphrase that does not refer to a specific individual may be out of luck if someone uses the mark in interstate commerce first.

Apparently, Scott should have talked to a trademark lawyer back in 1988.