On 14 May 2019, Judge Melissa Clarke handed down her judgment1 in a copyright dispute between ATB Sales Limited (trading as Whyte Bikes) and Rich Energy Limited, energy drink producer and title sponsor of the Haas Formula One Team, concerning the two stag logos depicted below. 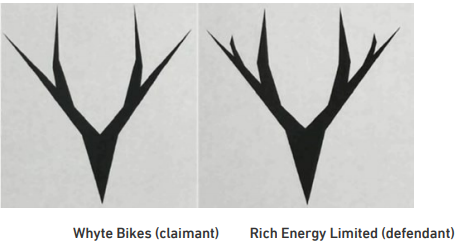 Judge Clarke ultimately held that Rich Energy’s logo amounted to an infringing copy of Whyte Bikes’ logo, entitling Whyte Bikes to an injunction and damages or an account of profits. This article reviews the decision, the subsequent events between Rich Energy, its stakeholders and Haas, and takeaway points for sports teams when considering sponsors.

ATB Sales Limited has traded as ‘Whyte Bikes’ since 1994 and is a high-end, independent bicycle retailer based in Sussex. In 2008, two of its employees designed the stag logo (as shown below left) in the course of their employment (thereby vesting copyright in Whyte Bikes), and the logo has been continuously displayed on Whyte Bikes’ website since 2010.

In May 2015, William Storey (director and sole shareholder of Rich Energy) commissioned Sean Kelly of Staxoweb Limited to design a logo for Rich Energy. After conducting extensive research into other stag logos, Rich Energy settled on and commenced use of the stag logo (as shown below right), also registering the logo as a UK trade mark in September 2015 under registration number UK00003126288 (in the name of William John Storey).

Subsequently, Rich Energy became title sponsor of the Haas Formula One Team for the 2019 FIA Formula One Championship, launching in London on 7 February 2019, as a result of which its stag logo featured prominently on the Team car, kit and related promotional materials.

The judge held that both logos were ‘strikingly similar’ and that any differences would ‘not… (be) noticeable on a strictly visual, side-by-side comparison’. Any differences would only be obvious on a measured analysis and there had been copying of a substantial part of the Whytes Bikes logo. In addition, the judge felt that the similarities between the logos were ‘sufficiently close, numerous and extensive to be more likely to be the result of copying than coincidence’.

The judge assessed whether the whole or a substantial part of Whyte Bikes’ logo had been copied by Rich Energy, in order to determine whether copyright infringement had occurred.

In doing so, the judge held that both logos were ‘strikingly similar’ and that any differences would ‘not… (be) noticeable on a strictly visual, side-by-side comparison’. Any differences would only be obvious on a measured analysis and there had been copying of a substantial part of the Whyte Bikes logo.

In addition, the judge felt that the similarities between the logos were 'sufficiently close, numerous and extensive to be more likely to be the result of copying than coincidence'. Consequently, the judge was satisfied that Whyte Bikes’ stag logo had been copied by Rich Energy (especially given the unreliable nature of certain evidence produced by Kelly and Storey during the proceedings), concluding that,

By way of remedies, Whyte Bikes was deemed to be entitled to an injunction and damages or an account of profits, together with a declaration of invalidity of the UK trade mark number UK00003126288 registered by William Storey.

Significantly, the injunction would potentially extend to all use of the Rich Energy stag logo, including on:

The Haas Team car featuring the infringing logo initially participated in the Monaco Grand Prix on 26 May 2019. However, the team then removed the logo from its car for the Canadian Grand Prix on 9 June 2019. 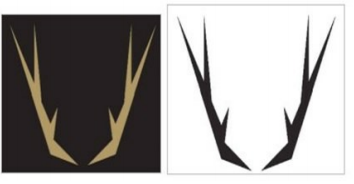 'Today @rich_energy terminated our contract with @HaasF1Team for poor performance. We aim to beat @redbullracing & being behind @WilliamsRacing in Austria is unacceptable. The politics and PC attitude in @F1 is also inhibiting our business. We wish the team well.'

'@rich_energy CEO @_williamstorey has commented "The ludicrous statement by minority shareholders cosy with @redbull & @WhyteBikes is risible. Their attempted palace coup has failed. I control all of the assets of @rich_energy & have support of all key stakeholders" #RichEnergy.'

Further, the Haas F1 team confirmed the rogue nature of the tweets from their own Twitter account, @HaasF1Team, on 11 July 2019 with a tweet from Guenther Steiner (the team principal):

'“Rich Energy is currently the title partner of Haas F1 Team. I cannot comment further on the contractual relationship between our two parties due to commercial confidentiality.” – Guenther Steiner, Team Principal'.

The above mentioned tweets from the @RichEnergy accounts have since been deleted.

Finally, after things (slightly) calmed down on Twitter, Rich Energy changed its name to Lightning Volt Limited on 16 July 2019. The change of name and re-branding exercise could be interpreted as a reaction to the unfavourable copyright judgment and resultant adverse PR.

If all that wasn’t enough, on 18 July 2019, the @RichEnergy twitter account appeared to tweet a photograph of particulars of claim from Red Bull GmbH, accusing Rich Energy (and William Storey) of trade mark infringement. Although the tweet has since been deleted, a copy of the photograph of the particulars of claim is still floating around online and appears to relate to Rich Energy’s use of the hashtag #BetterThanRedBull and #NoBull. Watch this space…

This dispute highlights the wide-reaching effects that copyright infringement can potentially have, particularly in respect of sponsorship and licensing arrangements, and also demonstrates the importance of undertaking thorough searches when conceiving a new brand/logo.

Although the Haas Team had no hand in designing Rich Energy’s logo, subject to the terms of its agreement with Rich Energy and/or any potential settlement with Whyte Bikes, it had to undertake alterations to its team branding (car, kit, promotional materials etc) at potentially significant expense. The subsequent Twitter arguments and media circus that the Haas team has been dragged into has also done them no additional favours if its lack of podium finishes is anything to go by.