Liability management opportunities for mining & metals companies during a downturn

Mining & metals companies can take advantage of low prices in the leveraged finance markets to manage their liabilities amid the expected recession.

Inflation and interest rates are on the up and activity in the leveraged finance markets is down in 2022, causing challenges for investors. At the same time, this economic environment creates opportunities for the mining & metals sector to manage liabilities and refinance debt.

After record levels of activity last year, leveraged finance markets slowed in the first half of 2022 as lenders and borrowers contended with rising interest rates, inflation, and other macro-economic and geopolitical headwinds.

During the first half of 2022, new leveraged loan and institutional loan issuance dropped by one-fifth and two-thirds, respectively, year-on-year. New issuance activity in the high yield bond markets in the first half of 2022 dropped to levels not seen since the start of the Covid-19 pandemic, falling by more than three-quarters year-on-year. During the second half of the year and into 2023, volatility is likely to continue weighing on the market.

In response, cautious investors have pulled back from leveraged loans and high yield bonds in favor of safe haven assets like US Treasuries, which are providing higher yields as interest rates rise. Stubbornly high inflation and rising interest rates contributed to this abundance of caution.

In May 2022, the US Federal Reserve announced plans to reduce its bond holdings by US$95 billion a mon

In March 2022, the US Federal Reserve approved its first interest rate increase in more than three years, followed by four more rate hikes over the course of 2022 to date. All told, the Fed has increased its benchmark interest rate by a total of 3.00 percentage points as of September 2022.

In addition, at the beginning of May, the Fed announced plans to reduce its bond holdings by US$95 billion a month. More hikes are expected later in 2022 and in 2023, with liquidity also expected to tighten as the Fed reduces its US$9 trillion balance sheet.

These profound changes in the market have prompted many US borrowers to reassess their capital requirements as well as their financing strategies. In this higher price environment, several borrowers have deferred planned issuances to the second half of 2022 or even 2023. With transaction volumes down, pricing has proven choppy, with little visibility on where the market will settle as prices move from week to week.

Refinancing and repricing activity has also slowed in 2022, which was expected after the high volume of opportunistic activity observed in the first half of 2021. Leveraged loan issuance for refinancings, repricing and amendments is down almost 30 percent year-on-year in 2022. High yield bond issuance for refinancings, meanwhile, dropped by more than 80 percent in the same period. In fact, the second quarter of 2022 was the quietest quarter for high yield bond issuance for these purposes on record, according to data provider Debtwire Par.

In the first half of 2022, investors favored secondary markets, where the drop in prices for existing credits offered attractive valuations, over refinancings. According to Debtwire Par, weighted average bids in the secondary loan market shifted from 97.72 percent of par in January to 91.48 percent of par by the end of June.

Meanwhile, the average prices for US high yield bonds trading in the secondary market have gone from a high of 3 percent above par in January down to 85.58 percent of par in June. This represents the biggest shift in pricing since the most uncertain period of the pandemic in May 2020.

For loan and bond issuers, the fallout of lower pricing in secondary markets has meant higher pricing for new primary issuances. 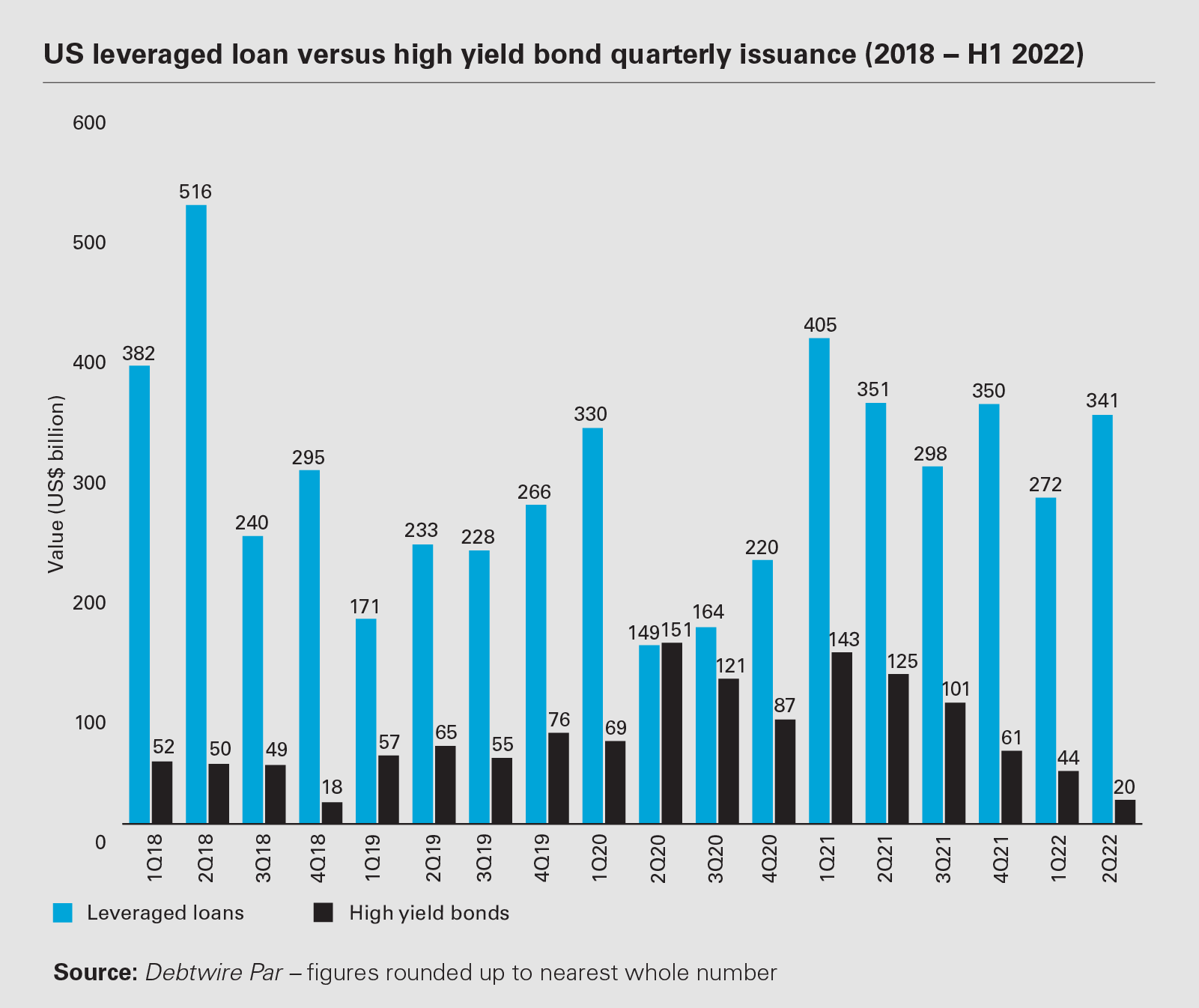 In this challenging landscape, mining & metals companies seeking to relieve the pressure of their debt stack or opportunistically reduce outstanding debt may be able to carry out liability management transactions that take advantage of the depressed trading prices in the secondary bond and loan markets.

These include "amend-and-extend" transactions, which involve the execution of an amendment to extend the maturity of existing debt using a variety of "carrots" and "sticks" to incentivize creditors to participate in the transaction and reduce the risk of holdouts. Carrots can include improved rates, enhanced covenants, debt pay-down at par, and greater collateral coverage; sticks can include exit consents provided by participating creditors to subordinate liens and strip covenants.

It is also possible to carry out "uptiering" exchanges, where existing debt is exchanged into new debt with an improved position in the capital structure, either by granting collateral or improving the participating creditors' position with respect to existing collateral.

"Drop-down" financings or exchanges are another option, where assets can be transferred outside of the group subject to the terms of the existing debt, and then used as negotiating leverage or collateral for a new financing, or as collateral for new debt offered in exchange for existing debt.

It is also possible to carry out "super-priority" exchanges, where existing debt can be exchanged into new debt with an improved position in the capital structure through the subordination of liens securing the existing debt.

Some companies have already taken advantage of the opportunities available in this volatile market, and carried out complex liability management exercises. Every liability management transaction is highly bespoke and the ultimate transaction structure will depend on the company's objectives, its capital structure, restrictions under its debt documents, litigation appetite, and its creditor composition, among other factors. 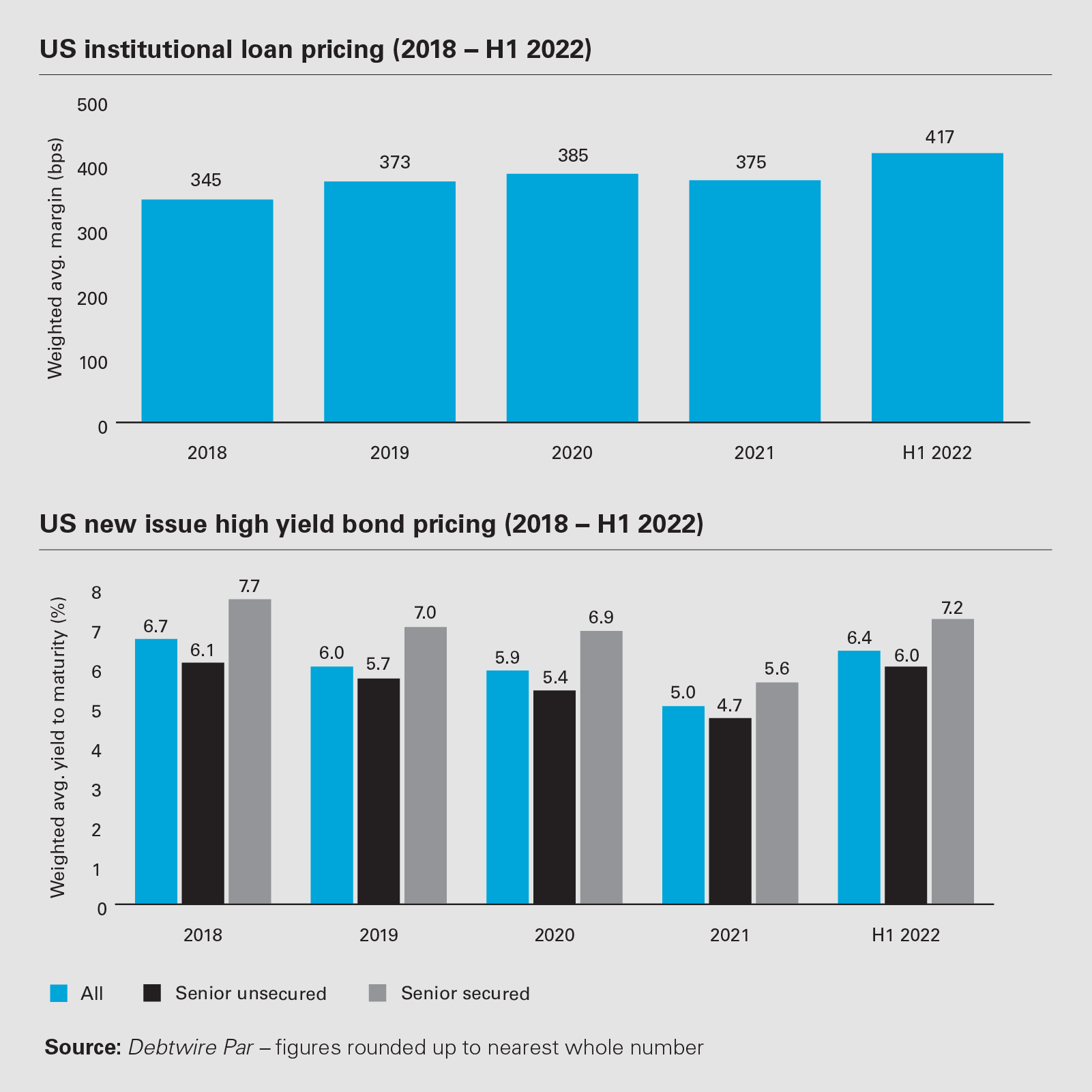 With volatile pricing and high interest rates set to continue for the foreseeable future, there should be plenty of time for mining & metals companies looking to manage their liabilities to do so.

The fact that organizations in other sectors have successfully carried out complex debt management transactions suggests that the opportunity to do so is very much present right now, but the window may not last forever. If the markets settle down and interest rates stabilize or fall, the chances for such transactions will be lessened.

As the TPC and Incora cases show, carrying out a liability management exercise is not without risks of some investors deciding to challenge the transaction – but the advantages gained from a successful recapitalization could be beneficial for years to come.

Wesco Aircraft Holdings Inc., an aircraft parts distributor that does business as Incora, completed a comprehensive recapitalization in March 2022 with the support of a majority of its existing noteholders.

According to reports, Incora incentivized a majority of its existing noteholders to provide the new money financing by allowing them to uptier the minority holders in the ranking hierarchy. This was reportedly accomplished by stripping the collateral securing the existing secured notes, and then re-pledging those same assets to secure the new notes.

As a result of this transaction, Incora was able to extend its debt maturity runway, obtain new capital, and significantly reduce its cash interest payments over the next five years because some of the new notes reportedly allow for PIK interest payments.

TPC Group Inc., a petrochemical company, completed a transaction in February 2021 with the holders of approximately 67 percent of its existing 10.5 % secured notes due 2024. TPC issued US$153 million of new 10.875% secured notes due 2024 to the supporting holders, and used a portion of the proceeds to prepay in full its US$70 million term loan due in 2021.

As a result of this transaction, TPC was able to address its near-term debt maturity needs and access much-needed incremental additional capital.

It is worth noting that, after TPC filed for chapter 11 protection in June 2022, some holders of the existing notes who did not participate in the 2021 transaction challenged its validity in court. The minority holders claimed that the indenture amendment – and the resulting subordination of the liens securing the existing notes – required the consent of 100 percent of holders.

In July 2022, the Delaware bankruptcy court issued an opinion ruling in favor of TPC. The court found that the amendment provision requiring the consent of each adversely affected holder in order to amend provisions dealing with the application of proceeds of collateral could not be read as an anti-lien subordination clause.

The court also ruled that because the indenture required a two-thirds majority vote to release all or substantially all of the liens securing the existing notes, the subordination of these liens – which the court viewed as less drastic – should not require a higher consent threshold in the absence of express language to the contrary.

Petra Diamonds, a leading independent diamond mining group and a supplier of gem-quality rough diamonds to the international market and listed on the main market of the London Stock Exchange, completed a comprehensive recapitalization in March 2021 following a transaction with its noteholders, completed via a UK scheme of arrangement, and a refinancing with its lenders. The transaction involved a partial reinstatement of the notes debt and the noteholders holding 91 percent of the enlarged share capital of Petra Diamonds.

Following the transaction, Petra Diamonds traded successfully, with preliminary results announced on September 13, 2022 for the financial year ended June 30, 2022, showing a 44 percent increase in revenue compared to the prior year and a strengthened balance sheet. This helped reduce Petra Diamond's net leverage to 0.15x.

Taking advantage of its strong cash position, in September 2022, Petra Diamonds launched a tender offer via a modified Dutch auction procedure with a cap of US$150 million and a price range of US$970 to US$1,010 per US$1,000 worth of notes. If completed, the transaction will see Petra saving up to US$15 million per annum in interest expenses. The tender prices on offer were below the existing call price of the notes.

Alongside this announcement, Petra Diamonds also announced a new dividend policy within the range of 15 percent to 35 percent of adjusted free cash flows after interest and tax, and having adjusted for any windfall earnings. Petra Diamonds also commented that they expected to continue to fund ongoing capital programs from existing and internally generated cash resources.