EU Trade Marks Should Be Distinctive Throughout the EU, Not Just a Significant Part Thereof 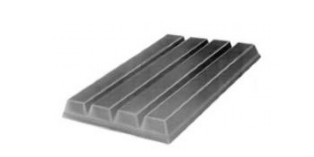 In 2007, Mondelez, which wanted to use the same shape for chocolate bars, filed an application with EUIPO seeking a declaration of invalidity. According to Mondelez, the shape of the chocolate bar was devoid of distinctive character for the products for which it was registered.

EUIPO's Cancellation Division upheld the application for invalidity in 2011, but the Second Board of Appeal took a different view and ruled that the EUTM was valid, as it had acquired distinctive character through use. The Board of Appeal held that it was sufficient that a significant part of the public (two thirds of the Member States) perceived the shape of the chocolate bar as a trade mark.

Mondelez appealed to the General Court of the European Union (GC), which set aside the Board of Appeal's decision on the ground that the Board of Appeal had not assessed public perception in the remaining (one third) Member States. According to the GC, proof of acquired distinctiveness is required for all Member States of the EU not just a substantial part thereof (see T‑112/13).

The CJEU confirmed the GC’s position: acquired distinctiveness must be demonstrated wherever the mark at issue is not inherently distinctive. For shape marks, this means ‘throughout the Member States of the European Union’. Evidence relating to only a substantial part of the EU is therefore insufficient.

The CJEU specified, however, that it is not necessary to submit evidence in respect of each individual Member State, provided the evidence submitted is capable of establishing acquired distinctiveness throughout the EU. This will be the case, for instance, when economic operators have grouped several Member States together, in the same distribution network, and treat those Member States, especially for marketing purposes, as one and the same national market or when, due to geographic, cultural or linguistic proximity between Member States, the relevant public of one Member State has sufficient knowledge of the products and services present on the market of another Member State. Under these circumstances, evidence of use of the sign within the cross-border market is likely to be relevant for all Member States concerned.

The CJEU's decision appears to be a setback for trade mark owners that wish to register non-traditional EU trade marks, such as a 3D mark, for the shape of their products.

It will indeed be more difficult to prove that the shape of a product is perceived as a trade mark (through use) in each and every Member State of the European Union, as opposed to only a substantial part thereof.