Finnegan’s PTAB stats team is pleased to supplement our standard monthly statistics with a new look at how claims have fared over time for IPR cases reaching final written decision. This information was compiled through the end of the third quarter of 2018 (September 30). 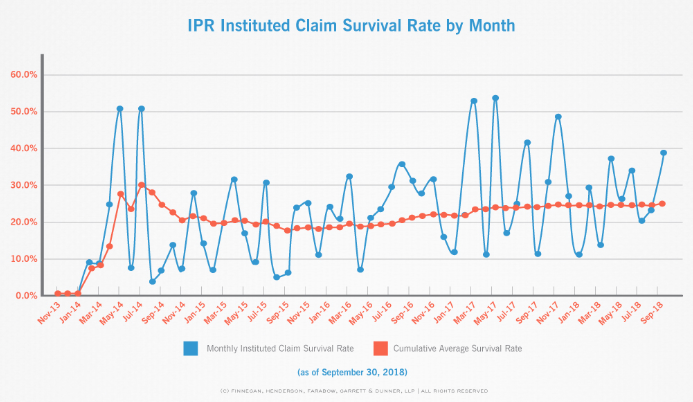 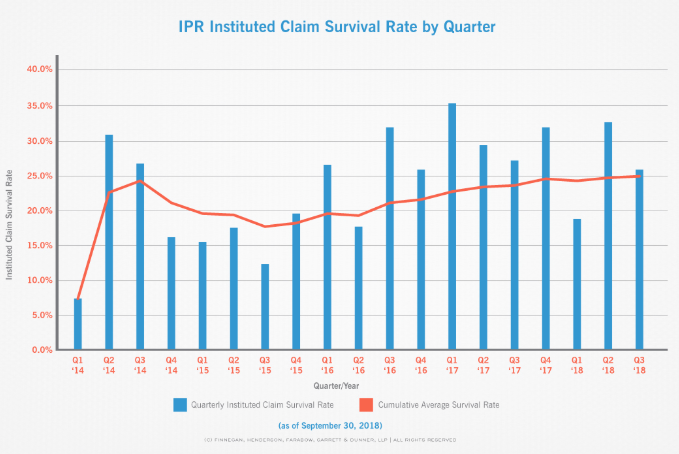 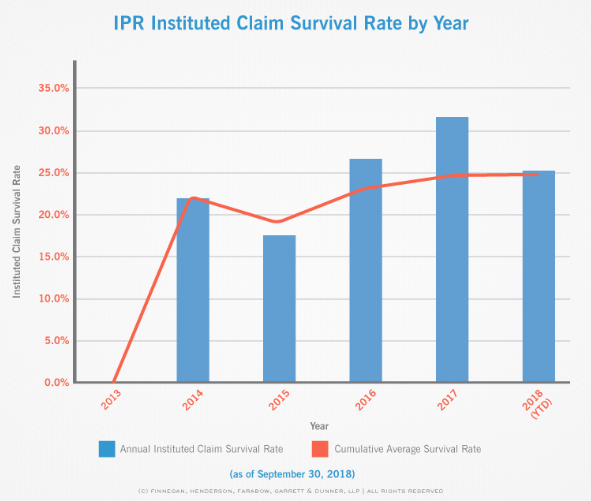 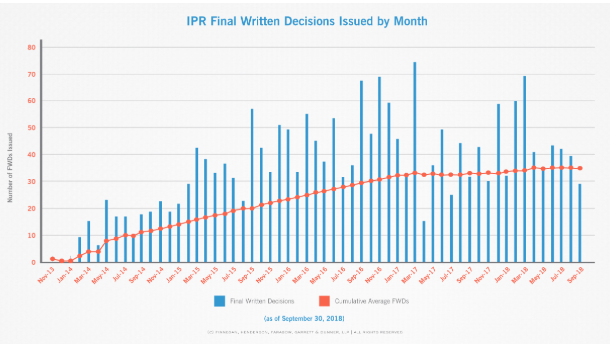 The number of final written decisions issued each month has also varied widely over time. The most decisions were issued in March 2017 (75 decisions), followed by November 2016 and March 2018 (69 decisions each). The PTAB issued no decisions in January 2014, and several relatively low-volume months followed. A notable dip relative to the other months occurred after the March 2017 maximum in April 2017 (15 decisions). The cumulative average number of decisions increased steadily over time until early 2017, and has since stabilized at about 35 decisions per month.

We will return to publishing our standard monthly statistics next month. In the meantime, detailed cumulative statistics on the Board’s IPR and CBM decisions, updated through September 1, 2018, are available here on the AIA Blog.

Lists of the top 10 PTAB judges by panel appearances and authored opinions are available here.