What is a Unitary Patent?.

What is a Unitary Patent?

The Unitary Patent (UP) is a single patent right that will extend across the territory of 17 countries, and is expected to come into being in early 2023.

When a UP is obtained, the combined territory of the 17 countries will be treated as a single jurisdiction for several purposes:

Infringement: a single action for infringement can be taken against acts of infringement occurring throughout the combined territory.

Invalidity: if the UP is invalidated this has effect across the entire combined territory – the patent stands or falls as a whole with no possibility of partial coverage.

Renewal: a single renewal fee each year will renew the UP for the combined territory.

Translation: with no validation process, the requirements for translation of the UP are simplified.

If you request UP protection when your EP patent grants, it is then not necessary to validate the patent in the 17 countries involved. However, you still have to validate in the remaining EPO countries where the patent is to come into force.

As part of the UP package, a new Unified Patent Court (UPC) will come into being, which will have sole jurisdiction over the UP, and shared jurisdiction with national courts in the UP countries over traditional validated EP patents.

For existing and newly validated EP patents where UP protection is not requested, the patentee can (and we think, should) opt the patent out of the UPC’s jurisdiction. It can be opted back in later in most cases.

All countries taking part in the UP system at the date of grant will be covered by a request for UP protection. There is no possibility to designate subset of the UP countries – it’s all or nothing.

The 17 countries taking part from the outset will be: 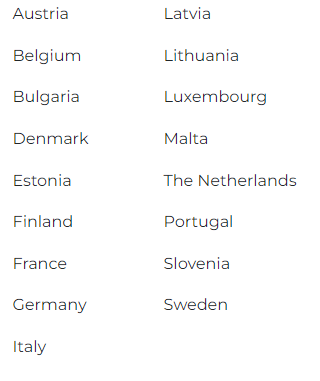 A further 8 countries are signatories to the agreement but are not ready to be part of the first wave: 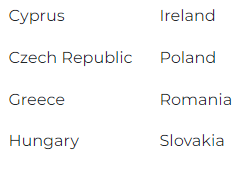 This leaves two of the EU 27 countries (Spain and Croatia) which did not sign up to the agreement, plus the UK which signed up initially but is now outside the system following Brexit. In addition, Hungary and Poland have indicated that they no longer intend to ratify the agreement, so the likely medium-term outlook is for 23 countries to take part in the next few years.

There are 10 more countries in the European Patent Convention which are not in the EU (e.g. Switzerland, Turkey, Iceland, etc.), and they can never be part of the UP system. As a result patentees will have to continue to validate their patents in several countries for the foreseeable future, alongside the UP.

The European Patent granted by the EPO is often called a “bundle of patents”. On the date the patent grants, it creates individual patent rights in each of the designated countries. So legally, one traditionally ends up with a patent right in Germany, another patent right in France, another in the UK, and so on.

After the UP becomes available, patentees can request a UP as part of their bundle of patents, which will take the place of individual patent rights in the 17 countries covered by the UP. Patentees will still have to validate their patent in the other EPC countries (such as the UK, Switzerland, Ireland, Spain, Turkey, etc.). Patentees can choose not to use the UP and continue to validate in their preferred group of countries e.g. FR, GB & DE.

Similarities with validations from a European Patent

The substantive law on patentability is identical to the EPC, and the rights against infringers are unchanged, other than in territorial scope.

If a European Patent is centrally revoked or amended at the EPO in opposition or limitation proceedings, this effect will carry through to all validated countries as well as to the UP.

Differences between EP validations and the Unitary Patent

With the UP, there is no interaction with national patent offices, and no validation for those countries. The single renewal fee for the UP territory will be paid to the EPO.

Translation requirements will be reduced for the UP, so that only one translation will need to be filed for UP protection to take effect. In case of a court action, a further translation may be required into a local language of the court, the country of infringement, or where the defendant is domiciled.

The same patent cannot be validated in a UP country and also be protected as a UP. However, if you have a parent and a divisional, it would be possible to request UP for one of these, and to validate normally in the UP countries for the other. This opens up the possibility of strategies for parallel protection under both systems and a choice of forum.

In this series of articles we will explore all of the above topics in more depth. However, applicants and patentees need to start thinking now about how to build the UP and UPC into their strategy. In particular they should now consider: