Breach of contract in Mexico 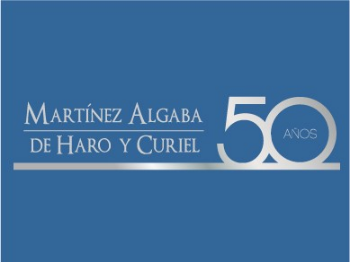 i Breach of contractual obligations

In the case of obligations 'to do' something, civil law establishes that if the person responsible to perform fails to do so, his or her counterparty has the right to request the specific performance of the obligation, having the possibility of requesting that, at the expense of the non-performing party, another person executes such obligation when such substitution is possible. In addition, if such obligation is not performed in the agreed terms, the performing party can request the party at breach to 'undo' it. Finally, such obligations are enforceable at the expiration of the agreed term. In the absence of an specific term, performance must be made when required by the performing party.

Regarding obligations 'not to do' something, applicable legislation establishes that, if the person obliged to abstain from carrying out certain conduct fails to comply with such obligation, that mere contravention generates an obligation to compensate the damage and lost profits caused to its counterparty.

In the case of obligations 'to give' something, applicable legislation provides that, if the person who is obliged to 'give' or 'deliver' certain goods breaches such obligation, its counterparty has the right to claim the return of such goods or its value, in addition to the compensation for the caused damage and lost profits. These obligations are enforceable once the agreed term is met. If a deadline is not agreed, the performing party may only file a claim after a 30-day period from a payment request (either judicially or extra-judicially, through a notary public or before two witnesses).

Although Mexican legislation does not establish specific means of evidence to demonstrate compliance or breach of an obligation, judicial precedents from federal courts have established that the affected party must only demonstrate the existence of a valid contract, meaning that said contract complies with all the applicable legal requirements. However, the party at breach must prove compliance with his or her obligation, or the existence of a justified cause for his or her non-compliance, exempting him or her from liability.

As explained above, the breach of contract generates the obligation of the breaching party to pay its counterparty the damages and lost profits actually caused in connection thereto.

Civil legislation defines 'damage' as the loss or impairment suffered in one's patrimony because of the obligation's lack of fulfilment and 'lost profits' as the deprivation of any legal future earnings that would have been obtained if the obligation was fulfilled.

Mexican doctrine considers that, in order to demonstrate the constitutive elements of contractual responsibility, it is necessary to prove the following:

These elements may be proved through any of the evidence means provided by law – private or public documents, confessions, testimonies, expert evidence, legal presumptions or presumptions of fact, etc.

Also, Mexican law grants the affected party the possibility to claim damages and lost profits, either in a 'determined' way – specifying the claimed amount as compensation, since filing the claim – or in an 'indeterminate' way – meaning that the compensation quantification will be subject to a special ancillary proceeding during the enforcement of judgment stage.

Civil legislation establishes certain rules according to which a party may be released from its contractual obligations without generating contractual responsibility. Such is the case of 'acts of God' ('fortuitous case' or 'force majeure').