This series of articles deals with the approach taken by the European Intellectual Property Office (EUIPO) to Banksy's trade marks and draws comparisons with the likely position in Australia. The first article outlined the key issues concerning artworks used as trade marks; the second article examined what "bad faith" means in an Australia context; the third article examined the intention to use as a trade mark under Australian law.

This article examines what is meant by ownership under the Trade Marks Act 1995 in Australia. As a practical matter, this issue most often arises in contentious proceedings, such as oppositions, non-use actions or when owners seek to enforce a registration against infringers who respond with a cancellation action.

Full Colour Black has opposed Banksy's Australian applications for two artworks on several grounds, including on the basis that the applicant for registration, Pest Control Office Limited is not the "owner" of these trade marks.

"Authorship" is not the same as "authorship" of a literary or artistic work for copyright purposes. The terminology seems rather strange when applied to trade marks that are neither new nor creative. The reason for this is historical: the first trade mark legislation back in the 19th century in the U.K. allowed only for registration of invented words to be used for newly patented products which themselves were inventive and had authors. The range of trade marks that can be registered has now greatly expanded and in this context "authorship" is interpreted as being the first to conceive of the "sign" in question as a badge of origin and appropriate by applying to register it for certain goods or services. Ownership then extends to any goods/services, rather nebulously defined as "the same kind of thing".

Ownership can therefore simply arise by filing a trade mark application but without ever having used the mark, even when the mark has been used outside Australia by someone else, provided it has not been used in Australia as a trade mark for goods/services of the same kind. In such cases however, even a slight connection with Australia might be sufficient for an overseas entity to defeat an Australian applicant.

The true owner and therefore the proper applicant for registration is the earlier in time of the person who uses or applies to register the trade mark (or one that is substantially identical) for the same kind of thing in Australia.

If an application is not filed in the name of the true owner, the application and any resulting registration is void ab initio and can be refused or cancelled. Invalidity cannot be rectified by assignment to the true owner.

The factual circumstances can often be complex and decisions made at the time of application about who will be the applicant can determine the fate of an application when opposed or a registration long after the application has been registered. 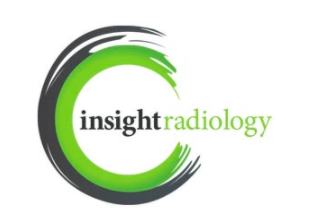 It was held that Mr Pham was not the true owner of the trade mark: he never intended to use the trade mark himself or to license it to the company. While Mr Pham had purported to assign the registration to cure this defect, that assignment failed because Mr Pham had nothing to assign, as the Full Federal Court noted:

"it is essential that the initial applicant on the filing date be the owner of the mark. Otherwise, the applicant cannot transfer ownership of the mark by an assignment."

Monster bore the onus of establishing the ground of opposition. Notwithstanding the complex interconnected shareholdings and directorships of Rodney Jane with Bob Jane Corporation the Court was satisfied that Rodney Jane was the proper applicant (author and first user).

Ownership: the EUIPO's position vs Australia

Full Colour Black has in Australia called into question whether Pest Control is the true owner of the trade marks. The EUIPO did not consider this issue.

It is important to make sure that trade mark applications are filed in the name of the legal entity that is the true owner. Any such defect cannot be cured by assignment, meaning that an application could be successfully opposed or a registration subsequently cancelled.

Corporate groups with IP holding companies are subject to particular scrutiny and care should be taken to ensure that a consistent approach to filing applications is maintained. If there is any doubt, it is important that businesses review their portfolios and consider whether they need to refile in the name of the true owner.