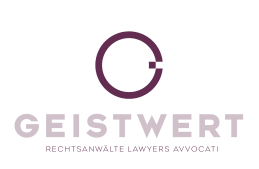 In April 2013, FC Barcelona applied for registration of a figurative sign consisting in the shape of its crest for, inter alia, stationery, clothing items and sports activities as a Community trade mark (see the right picture).

In May 2014, OHIM rejected the application for registration on the ground that the sign in question was not liable to draw consumers’ attention to the commercial origin of the goods and services covered by the application.

FC Barcelona brought an action against OHIM’s decision before the General Court.

In its judgment of December 10, T-615/14, the General Court confirms that none of the characteristics of the sign at issue contains any striking feature which is liable to attract the attention of consumers. In fact, the mark sought will rather tend to be perceived by consumers merely as a shape and will not enable them to distinguish the proprietor’s goods or services from those of other undertakings. The Court further observes that crests are commonly used in business for purely decorative purposes without fulfilling the function of a trade mark.

Consequently, the sign in question does not have the distinctive character required by the Regulation on the Community trademark fort he purposes of being registered. The Court further observes that FC Barcelona has not succeeded in demonstrating that the sign has acquired distinctive character through its use.

The mark sought does not enable consumers to identify the commercial origin of the goods and services covered by the trade mark application.