There continues to be a push in financing markets for capital raises where the proceeds will be used for a range of social impact purposes. In the past several years, green bonds, sustainability bonds, social bonds, and bank loans with environmental, social and governance (ESG) principles embedded in loan pricing have been finding their way to market. According to a recent Sustainable Funds report published by Morningstar, U.S. ESG funds – defined by Morningstar as “open-end and exchange-traded funds that self-select as sustainability-focused offerings” – attracted record net flows in 2018. 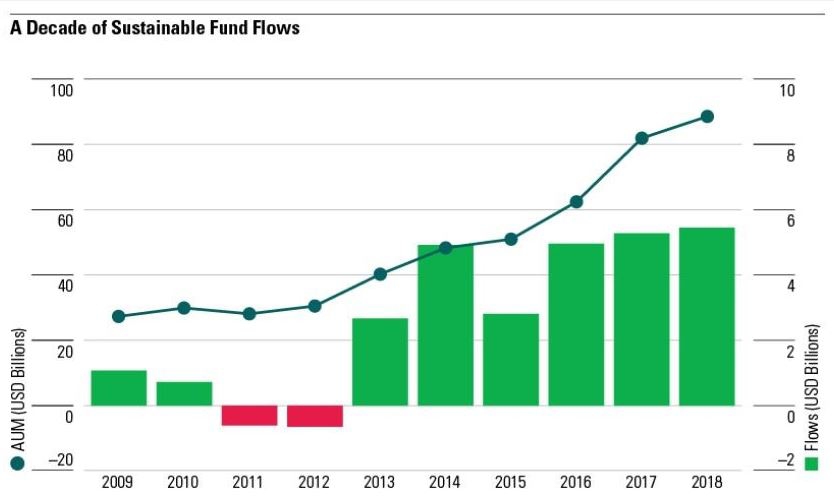 According to the company’s prospectus, the proceeds are intended for:

Interestingly, the indenture governing the bonds does not provide for any particular use of proceeds – so ultimately, the “enforcement” of the sustainability commitment is more of a market and perception issue (and subject to securities law liabilities if, for example, the disclosure regarding the intended use of proceeds was misleading or untrue).

In the offering prospectus, Starbucks discloses that it will provide updates on proceed allocations, including an annual Global Responsibility Report to be posted on its website to report the allocation of the proceeds of the sustainability bonds.

This is not the first initiative of its kind. In 2016 and 2017, Starbucks issued a $500 million offering and an 85 billion Japanese Yen offering, respectively, to advance sustainable coffee farming. Starbucks also provided financial aid in response to historically low commodity prices across the globe, in an effort to provide relief to smallholder suppliers while simultaneously pursuing and encouraging sustainable practices.

The reaction to this sustainability bond? Overwhelmingly positive, according to Patrick Grismer, CFO of Starbucks. “We are very pleased to see that our new Sustainability Bond attracted significant investor interest and was oversubscribed,” Grismer noted. This oversubscription seems to go hand-in-hand with an increased interest is socially and environmentally focused initiatives, as evidenced by a surge in commitment to sustainable practices and – on a broader scale – by the global impact investing market, which doubled from $114 billion in 2017 to $228 billion in 2018, according to reports from the Global Impact Investing Network.

Not only can sustainable, green, social, and other ESG bonds help to support important causes globally, they can be of benefit to corporations. For example, food-products giant Danone Group has shaped financing around the desire of banking institutions to further ESG principles via investment mandates. In the spring of 2018, twelve leading global banks provided Danone’s $2 billion syndicated credit facility on terms that provide for lower borrowing costs if Danone increased its impact by meeting certain ESG criteria such as increasing the percentage of consolidated sales of Danone covered by B Corp certifications, and improving Danone’s ESG scores under ratings evaluators like Sustainalytics and Vigeo Eiris. In other words, greater B Corp sales and higher ESG scores translated into cheaper capital for Danone.

If these types of factors are on the list of objectives for investors, we would expect improved access to capital and better pricing for issuers and borrowers with aligned missions. Even with recent surges in sustainable, social, green and other ESG bonds, these initiatives represent only a small portion of total investment allocation globally. For example, green bond issuance is reported by S&P Global to have reached a record high of $167 billion in 2018, while the world’s total bond market was reported by PIMCO to have reached nearly $100 trillion.