Maria Diaz from Uhthoff, Gomez Vega & Uhthoff, S.C explores the growing trend of artificial intelligence, specifically looking into robots and the regulation and protection of such AI.

Fifty years ago, science fiction imagined that one day the world would populate with robots, that they would do everything for us or that even the world would be governed by them and although the latter has not happened, it is very true that artificial intelligence is a subject that today is everywhere, becoming increasingly essential in the lives of human beings.

What is artificial intelligence?

According to the authors Rich and Knight (1994) and Stuart (1996), artificial intelligence is that capacity of machines to perform the same tasks as human beings. Nebendah (1988) and Delgado (1998) define it as the field of study that focuses on the explanation and emulation of intelligent behavior based on computational processes based on experience and continuous knowledge of the environment.

Farid Fleifel Tapia considers artificial intelligence as that branch of computer science that studies the resolution of non-algorithmic problems through the use of any available computing technique, regardless of the way of reasoning to the methods that are applied to achieve that resolution.

When talking about the robots, we also talk about machines, but what would be the difference between a machine an a robot?

It was Karel Capek, a Czech dramatist, who created the word “robot” in his work “Rossum’s Universal Robots”. A robot will always be a machine, but a machine is not always a robot since it has to have certain functions aimed at the intelligence among which the following can be found:

Can a robot think?

Like humans, robots would have to be rational beings to be able to perform actions consciously. The machines lack creativity, a totally human aspect, and only perform what they are programmed to do. The machines lack intuitive mechanisms and are based only on the automatic method of trial and error; therefore, they do not have the capacity to react to unexpected situations. Machines cannot evolve or self- perfect. 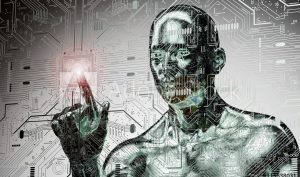 Effects on the society

The fact that at some point machines do everything for humans does not mean that there is nothing to worry about; they will mean a radical change in our world, since the work and the way of generating money could cause a global imbalance in the power. It would be good to keep in mind that the existence of robots might not cause the destruction of our species but of a good part of our jobs, thanks to gifted machines able to perform certain tasks.

Artificial intelligence and robotics are certainly our closest future and, in many cases, it is something that accompanies us day by day and that is why the European Union has decided to regulate our future in a way that attempts to cause robots the minimum possible imbalances in their process of implantation in society, for which the following six laws were proposed that normalize the coexistence with robots, for which the three laws of robotics given by Isaac Asimov in his short story “Runaround”, were taken as a starting point:

Although some companies or inventors of robotic systems, in the desire to provide protection to their creations, opt to protect them as a trade secret or patent their innovations, or protect the appearance of a robot through industrial designs, is the copyright who plays a very important role in protecting the field of robotics, since it is the traditional means of protecting a software code.

In accordance with the 1996 WIPO Copyright Treaty, circumventing a technological protection measure to access copyrightable computer code is not permitted. This is of particular relevance to the robotics industry because most companies employ electronic barriers to restrict access to their computer code.

“Robots might not cause the destruction of our species but of a good part of our jobs, thanks to gifted machines able to perform certain tasks.”

Copyright of works produced by robots

According to the Glossary published by the World Intellectual Property Organization, Geneva 1980, author’s fees are generally understood as meaning all kinds of remuneration or compensation paid to authors for the use of their protected works within the limitations of copyright. The right to make the use of the work conditional on payment a corresponding fee is the most important aspect of the economic rights of the author. While the author defines it as the person who creates a work.

As noted above, creativity is one of the essential characteristics of the human being, so today, the creators of robots, work in that their robots are closer to have empathy and development of emotions thanks to computing affective, which, allows to develop personal connections with the computer making use of creativity, imagination and personal interests.

Nowadays, robots are painting pictures, writing poetry and making music thanks to creative computing and although most of the professionals dedicated to the study of creative software, share that the copyright of the works would actually belong to the person who created the software, the possibility that robots become more independent entities and that develop intentionality is also being opened to debate.

The director of the Institute of Artificial Intelligence of Barcelona, Ramón López de Mántaras, states that the artificial intelligence systems lack legal personality, so they could not be right holders, besides they do not have intentionality or independence.

María Navarro, from the department of computational science at the University of Salamanca, points out that the key to knowing who owns the rights to the work would be to know which is the origin of what the software is creating. “If the point of origin of creativity is a feeling or an emotion (as happens with humans), the machine should have its copyright recognized. If not, creativity is biased. ” The systems of artificial intelligence work with training and for example, when they create music, the system has learned from another music already created. “The turning point will come when they have behaviors that have not been programmed,” explains Navarro.

There is a lot of talk today about how the works must be born of a feeling, emotion, and intention, which lacks the robot because it lacks intentionality and could not even be able to explain his work or express why he had the desire to create it. However, what happens when the robots act intentionally as is the case with The Painting Fool (TPF), the software that paints original works?

The creator of The Painting Fool, Simon Colton, a specialist in computer creativity at the University of Falmouth and at Goldsmiths College of the University of London, explains that “technical ability is important, but not sufficient”, since in order for an entity to is considered as creative needs imagination, appreciation, ability to learn, to be able to explain their decisions, among other things. Colton believes that artificial intelligence should be considered a full- fledged author of the creations he makes. “If artificial intelligence is not the material owner of the fruit of its work, then it will never be more than a tool, a means of production,” explains Colton “that software is taken seriously as a creative entity is the ultimate goal of computer creativity ” Colton hopes that at some point The Painting Fool will consider himself as an autonomous artist.

For his part, Raul Bercovitz, of counsel of Bird & Bird, considers that in the absence of a regulation adapted to this new reality, a more extensive interpretation of the current Intellectual Property Law could be made. “In the absence of a human author, one might think that the person who supervises the final result of the composition and assumes the product as its own could be attributed some merit and his contribution could be worthy of having copyrights.” However, considering the robot as a copyright creditor could be little benefit to the creators of the robots, so the Counsel of Bird & Bird says, “they could hide the use of this type of algorithm and grant merit to a person to be able to generate and treasure the copyrights of the works”.

It is important to remember that, since January 20, 2015, a working group was created in the European Union on legal issues related to the evolution of robotics and artificial intelligence. A first approximation of Civil Law rules proved by the members of the European Parliament Committee for legal matters was made, with the intention of guaranteeing the legal status of robots, which are granted the status of “electronic persons”. The proposal states that the most sophisticated autonomous robots could receive the status of an electronic person, with specific rights and obligations, including to amend damages they cause.

There is no concrete answer about who owns the copyright of those works made by machines since the legal framework changes depending on the country. For example, in New Zealand, copyrights on works made by machines, belong to “whoever has undertaken the necessary provisions for the creation of work”, it means, these works would belong neither to the robot nor to the intelligent system, but to the person who created the robot or the intelligent system that was used to create the work. In the United States, it is not believed that a work created by a robot meets the requirements to be protected by copyright. In Spain, this would not be possible since the author is considered to be the “natural person who creates some literary, artistic or scientific work”, the works generated by machines are not protected by copyright, since, to be an author, you need be a person.

In the case of Mexico, there is no specific regulation, however, it is construed that only natural persons are generators of works and subjects of protection of the authorial legal system that corresponds, as indicated by international jurisprudence and the WIPO criteria. Subject matter experts such as the doctor in law Jesús Parets Gómez, point out that “only man is capable of creating works protected by copyright, because he enjoys the human capacity to carry out creations of diverse nature that original are susceptible to legal protection and that is part of the process of intellectual creation.

The main subject of copyright is the creator in its broad sense, since such legal quality is not acquired by virtue of a specific work, but as a product of the original human activity that fixes ideas that acquire a material translation through basic support whatever their nature”. In this sense, if it were decided to protect the works created by machines, it would be necessary to begin by modifying the concept of author, currently limited to natural persons.

The reason for the problem of each country having or not having its own regulation regarding this issue, is that, to this day, it is not contemplated in any international treaty, however, given the importance that this topic is reaching, the ownership of copyright on the works created by the robots, as well as the general regulation of artificial intelligence systems will continue to be the subject of discussion for a long time.

“In the case of Mexico, there is no specific regulation however it is construed that only natural persons are generators of works and subjects of protection.”