Further unfair contract term reforms - what does this mean for insurance contracts?

Earlier this month, Treasury announced that Commonwealth and state and territory consumer affairs ministers had agreed on reforms to strengthen the existing unfair contract term (UCT) protections and that Treasury would develop legislation to implement these reforms.[1]

There are seven key areas of reform. The reforms will impact the UCT laws in both the Australian Consumer Law and the Australian Securities and Investments Commission Act 2001 (ASIC Act). The UCT laws in the ASIC Act will extend to insurance contracts from 5 April 2021.

Insurers have already been busy preparing for the extension of the UCT regime to insurance contracts, including by identifying impacted contracts and taking steps to address potentially unfair terms. However, with further reforms on the horizon, the road to UCT compliance may not yet be over. In this update, we explore the proposed reforms and the likely implications for insurance contracts.

The proposed amendments to the UCT regime

At a high level, the UCT laws regulate the terms and conditions of any ‘standard form contract’ that is a ‘consumer contract’ or a ‘small business contract’, and makes void any term that is ‘unfair’.

Following public consultation in December 2019 to March 2020, consumer affairs ministers have agreed on seven key reforms which they consider will improve the UCT framework (and the Decision Regulation Impact Statement[2] released by Treasury gives further insight into these reforms).

The proposed reforms, and what they will mean for insurers, are set out in the below table. 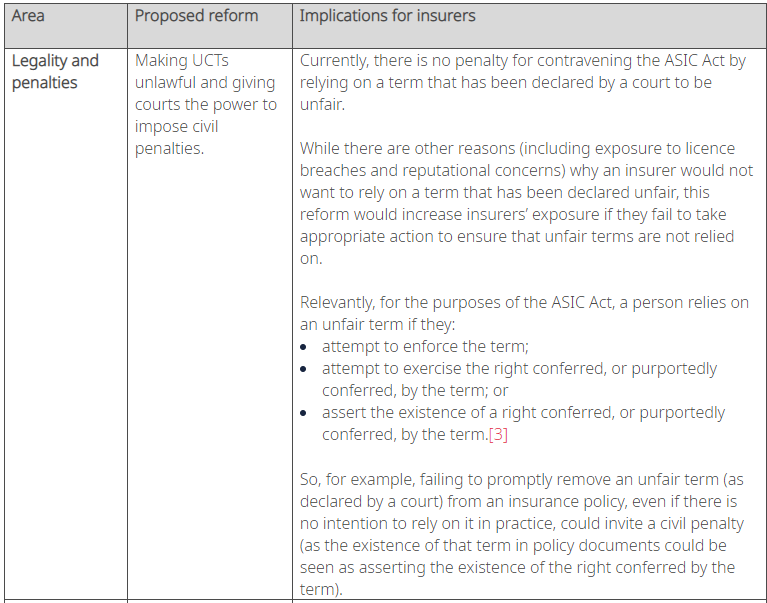 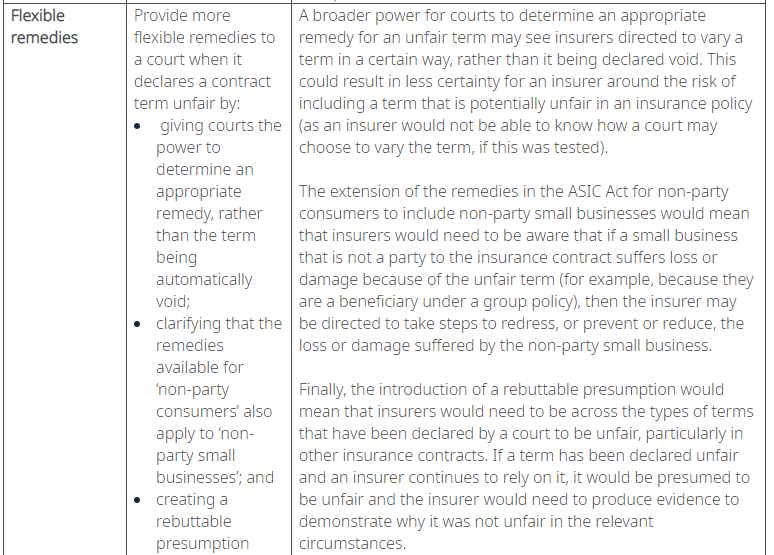 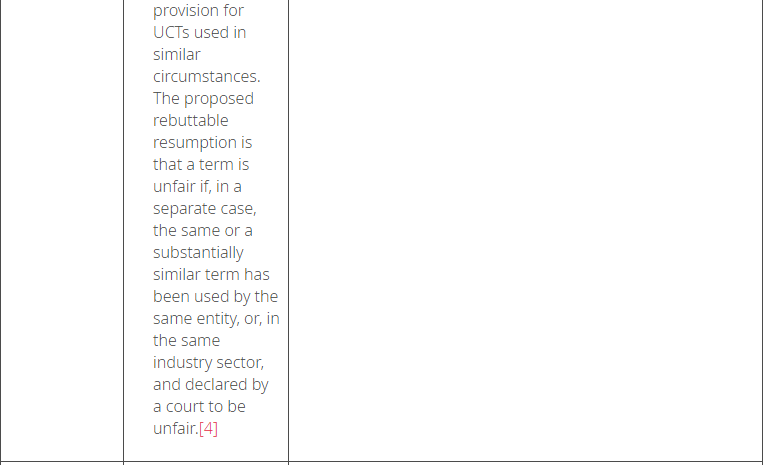 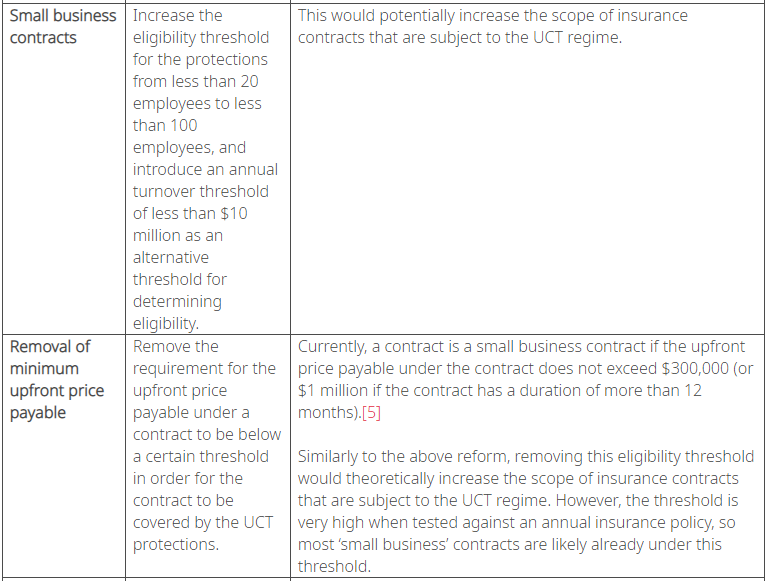 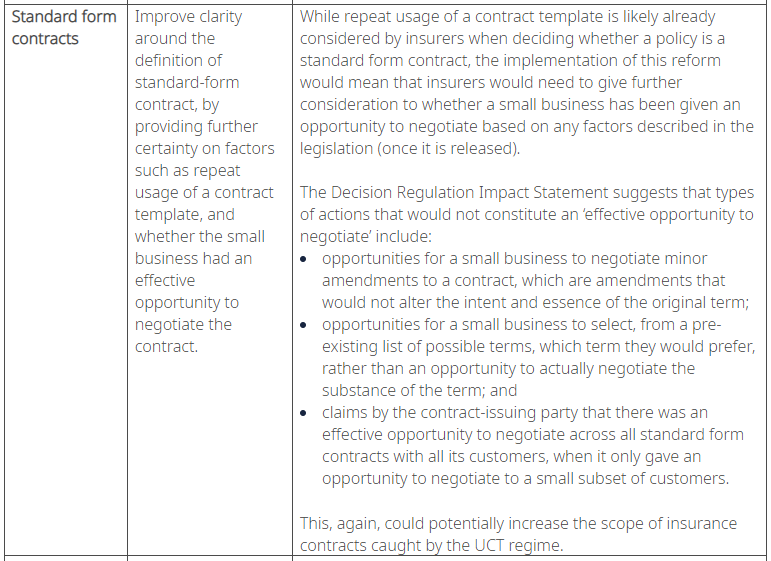 While the insurance industry is still in the process of preparing for the extension of the UCT regime to insurance contracts from 5 April 2021, further work may still be needed after that date in light of the proposed reforms. This may include further review of contracts, given the introduction of penalties and potential widening of scope of small business contracts caught by the regime.

Although there is no set date for the release of draft legislation, Treasury has recommended that consideration should be made for what transitional arrangements need to be put in place.[1] This will allow businesses to consider the proposed reforms, and review and think about what modifications they may need to make to their standard form contracts. A transitional period will also give regulators time to prepare additional information that will be required by the industry, such as guidance documents and education materials.

The Government will consult publicly with stakeholders before finalising any legislation to implement the proposed UCT reforms and so this is certainly an area that is worth insurers keeping a close eye on.