Australian salumi manufacturer Borgo Salumi has defeated an attempt by Italian food giant A.I.A. Agricola Italiana Alimenare (AIA) to stop it from registering the logo it has used for decades.

The name Borgo has been synonymous with high quality Italian smallgoods in Australia since 1966 when former Veneto farmer Ivo Borgo opened Borgo Smallgoods in Brisbane, Australia.

Borgo Smallgoods has been making salumi using traditional Italian techniques for over 50 years spaning four generations and been using its current iconic logo for about 30 years.

So it came as a surprise when in 2017, AIA opposed the registration by Borgo Developments Pty Ltd as trustee for The L Borgo Trust (Borgo) of Borgo’s logo trade mark: 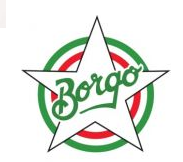 AIA’s Statement of Grounds and Particulars (SGP) nominated grounds of opposition under ss 42(b) (contrary to law), 44 (Identical etc. trade marks), 58 (not the true owner of the trade mark), 60 (trade mark similar to trade mark that has acquired a reputation in Australia) and 62A (Bad Faith) of the Trade Marks Act 1995 (Cth).

In particular it relied on its extensive use of its own logo trade mark:

AIA pressed all of these grounds at the Hearing at the Australian Trade Marks Office and but failed to establish any grounds at all.

In assessing the grounds, Hearing Officer Debrett Lyons made some notable observations:

Unfortunately for AIA, Hearing Officer Debrett Lyons held “the only, or essential, feature of the Opponent’s Registrations is the word NEGRONI.” Given this didn’t form any part of the Borgo Mark, the trade marks couldn’t be substantially identical.

“I find it impossible to apprehend that an ordinary person exercising an ordinary amount of attention could confuse the parties’ trade marks. To the degree to which the compared marks share elements at all, those elements are commonplace geometric forms. Dominant to those elements are two Italian family names bearing no visual or aural resemblance and otherwise having no apparent suggestion of association with each other.”

“at best, …the word NEGRONI and the [Negroni] Mark might have acquired some very modest level of awareness with a small section of the Australian public”

“resemblance that does exist must be offset by the facts that

(i) the “shared” elements are commonplace geometric forms;

(ii) the coloring of the concentric circles are the colours of the Italian flag, and

The implications of the Hearing Officer’s comments regarding national colours and commonplace geometric shapes are sure to be mulled over while enjoying a slice of salami.