From a distance, Latin America shows a tempting array of positive indicators. In most of the region’s economies, the painful slowdown triggered by the 2014 collapse in commodity prices has largely ended. Economic growth across the continent is expected to expand from 1% in 2017 to 2.4% in 2018. Commodity prices have stabilised and consumer demand is picking up.

Latin America is also benefiting from a friendlier external environment, including a renewed thirst for yield in the richest nations, which should drive increased capital inflows. This favourable atmosphere has reduced inflationary pressures and allowed most central banks to slash interest rates, with the notable exception of Mexico.

Increasing demand in the largest markets will provide a boost in the consumer goods, pharmaceuticals and automotive sectors, to name a few. Resource-based opportunities will flourish, from major oil and gas deposits in Guyana to the lithium triangle in Chile, Argentina and Bolivia.

This trend of economic recovery has also been supported by some decreasing geopolitical risks. Investors have heaved a sigh of relief that Donald Trump might not be as disruptive to the region as originally feared, though prudence dictates keeping a highly watchful eye on negotiations between the US, Canada and Mexico over the North American Free Trade Agreement (NAFTA).

Zoom in and regional differences begin to emerge. First, political uncertainty has added a layer of instability around potential opportunities, reinforcing the need for political monitoring and stricter due diligence. For example, a wave of corruption allegations swept the infrastructure sector just as most countries are keenly pushing for new airports, motorways and railways, and luring private companies to invest. Local companies deemed rock solid yesterday might be next in line in the anti-bribery saga.

As with business, so too with politics. The economic slowdown of the past few years brought down a range of leftist governments previously eager for state intervention. Most of those that remained were forced to put a brake on their spendthrift tendencies and bring public finances under control. Argentina, for example, buried a populist regime and is well placed to reap the benefits of a renewed wave of investments as President Mauricio Macri consolidates his political power.

Similarly, the end of the commodities super-cycle has reduced appetite for rent-seeking behaviour, lessening regulatory risks. The “low for longer” scenario for oil prices is forcing hydrocarbon-rich nations to compete for scarce investment resources. In response, governments are reducing regulatory risks by improving oil and gas legislation, making the sector more attractive for producers. Oil companies are benefiting from the opening of the Mexican hydrocarbons market, additional tax incentives in Peru, lower labour costs in Argentina and a steady calendar of auctions for the next half decade in Brazil.

Still, a full retreat from political risk remains far from assured. Uncertainty will continue to act as a brake on investor enthusiasm. Three major economies head to the polls in 2018 sharing an unusual level of political unpredictability. 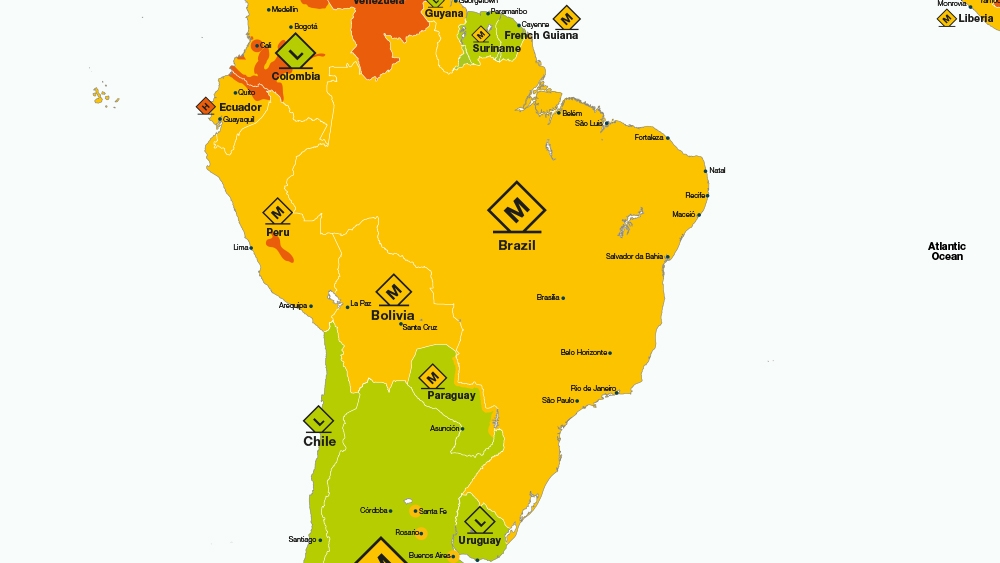 Leading the pack is Brazil, facing its most unpredictable election cycle in recent history. The two-party race that has characterised most presidential elections over the past two decades is already a distant memory. So far, there is no indication as to what will replace it – other than an unprecedentedly large number of pre-candidates. A wave of corruption scandals has shattered the reputation of all the country’s major political parties, fostering a profound mistrust of political elites and ultimately increasing calls for a populist alternative. The country will also test new campaign financing rules following the Supreme Court’s 2015 decision to ban corporate donations. Last but not least, while investors are hoping that the new government will lead on implementing austerity measures to rebalance public finances, it is unclear whether such a mandate will be popular among voters. Investors willing to benefit from Brazil’s economic recovery – GDP is expected to grow by 2.4% in 2018 – will have to monitor political risks closely. 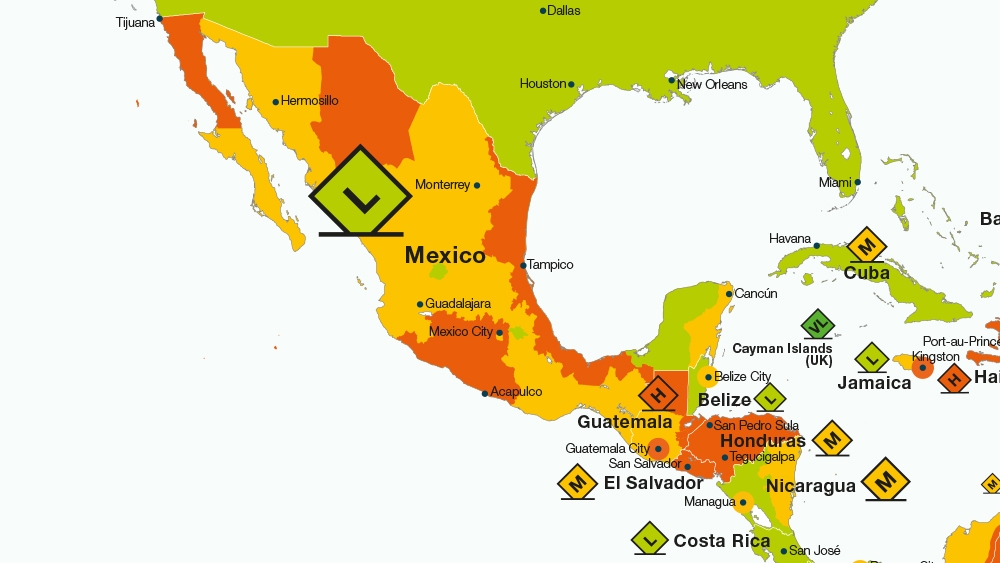 In Mexico, the populist rhetoric of leftist leader Andrés Manuel López Obrador has made him the frontrunner in most opinion polls ahead of the July 2018 presidential race. However, a lack of unity among opposition parties – and a rise in the number of independent candidates – is likely to dilute the ballot. This will favour the ruling Institutional Revolutionary Party (PRI), which is likely to fully exploit its intricate network of established institutional power in the run-up to the elections. Nonetheless, the PRI has a steep mountain to climb, with public approval ratings for President Enrique Peña Nieto at historic lows and top party members facing persistent allegations of corruption.

The renegotiation of NAFTA will similarly have an important electoral impact. If developments in trade talks trigger rising nationalist or anti-US sentiment, left-leaning parties would pounce. Meanwhile, the security environment will continue to deteriorate across the country, with significant levels of violence in several regions. 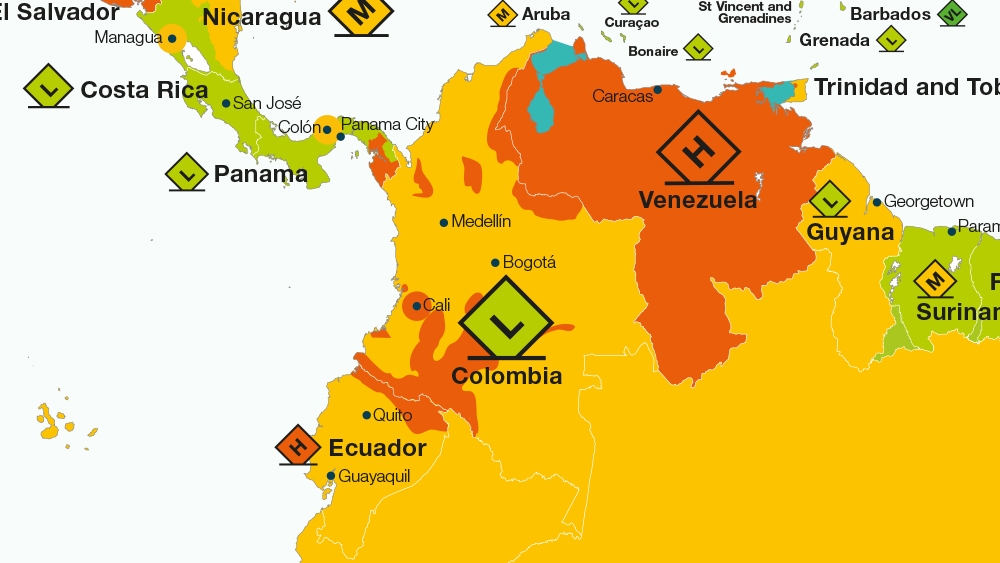 The general elections in Colombia will also be contentious and polarised, with implementation of the peace agreement with the leftist guerrilla Revolutionary Armed Forces of Colombia (FARC) at the centre of public debate. The 11 March vote for the legislature will mark the FARC’s inaugural electoral contest. A wave of corruption scandals have eroded support for traditional parties and will provide ammunition for ample mud-slinging and finger pointing. A field of more than 12 candidates running as independents, each with a long history of public service, will provide mud to spare.

With so many names in the mix, there is no clear front-runner for the presidency. But no matter who wins the election, there will be no significant policy changes. The next administration will continue orthodox macroeconomic management and preserve Central Bank positions on monetary policy and inflation. Even in the event of victory for the opposition Democratic Centre (CD) party, the overall structure of the peace agreement, while modified, would remain in place. Additionally, an opposition win would be unlikely to deviate from current economic policies. Promoting foreign investment will remain a priority for any new government.

Public dissatisfaction with mainstream political parties in Latin America will not subside in 2018, and will be a driver of uncertainty well beyond the coming year. Across the region, voters feel increasingly disconnected from their representatives. Economic mismanagement, incompetence, corruption – and often a combination of all three – have driven a wedge between the electorate and the elected. Anti-corruption enforcement trends from Argentina to Mexico have exacerbated hostility towards public officials. In Brazil, no major political party can claim to have benefited from recent corruption scandals; all have been tainted to some degree by the “Car Wash” investigation. The fact that newer parties have failed to gained traction has further compounded the issue.

At the extreme end of disenchantment with political dysfunction, Venezuela will figure prominently in 2018. The Chavista regime is likely to cling to power despite being deeply unpopular. It will do this by changing laws and the constitution to suit its needs through an all-powerful Constitutional Assembly, dominated by President Nicolás Maduro, and by retaining support from the military. Venezuela’s economic freefall will accelerate and the country will move further into default territory.