Film industry in Cyprus and its future 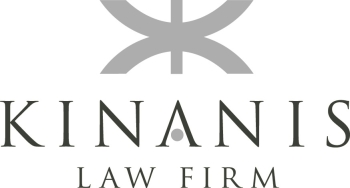 The Cyprus Film Scheme (the “Scheme”) which was drafted in accordance with European regulations, the objective of which is to promote the European culture and to provide investment aid for small and middle-sized enterprises (the “SMEs”), was approved in September 2017 as a means for promoting and advancing the film industry in Cyprus.

Cyprus, also known as the “Jewel of the Mediterranean”, is an ideal destination for film producers due to its scenery, tradition, history and architecture.

The combination of turquoise waters and sandy beaches, the snowy mountains in the winter, the historic monuments and graphic villages and the island’s traditional cuisine make it a perfect place for producers who are either interested in film production or documentaries. These reasons along with the benefits deriving from the Scheme, shall motivate and encourage international producers to choose Cyprus as their next film destination.

The Scheme furnishes international producers with an appealing package of incentives which are of both tax and financial nature and are divided as follows:

B. IMPLEMENTATION OF THE SCHEME

The Cyprus Film Commission (the “Committee”) and the Ministry of Finance (the “Competent Authority”) are the authorities responsible for the implementation of the Scheme.

The Competent Authority has the obligation to examine the Scheme’s impact on the general economy and has the right to recommend the termination or variation of the annual available sum and the renewal of applications according to the progress of the Scheme and the economic capacity of the Republic. Further, it is responsible for the final approval of recommendations made by the Committee and for appointing its members.

The Committee is responsible for the examination of applications. Specifically, the Committee assesses proposals by producers for aid, makes recommendations on the amount of production expenses and tax allowance, determines the relevant criteria for each incentive and decides on whether the applicant fulfills all relevant requirements in order to be benefited from the Scheme.

The Committee consists of four representatives of each of the following Ministries and organizations:

There are certain forms of films that might be considered as compliant with the Scheme following their assessment and examination.

The categories of films which fall under the Scheme are the following:

Television game shows, lifestyle programmes, educational programmes for tasks or hobbies, sporting events, talk shows and public performances staged for filming are some of the exceptions, and thus are not eligible films under the Scheme.

D. PERSONS ENTITLED TO APPLY UNDER THE SCHEME

Entitled applicants are the following:

It is important to note that, the combination of more than one production under the same applicant is prohibited by the Scheme. An exception to that prohibition is the group production of documentary under one general title with a single budget.

No restrictions apply in relation to the percentage of foreign ownership participation in the applicant.

E. ANALYSIS OF THE INCENTIVES

The first category of incentives which relates to taxation contains the tax exemption and the tax allowance for investment in infrastructure and equipment.

This aid allows for a reduction of corporate tax for enterprises which are involved in the film production industry. As per the Scheme, the following conditions apply:

The tax exemption, to the extent that it is not granted due to the above percentage restrictions, shall be carried forward and claimed within the following five (5) years.

Eligible expenditure as per the Scheme are the expenses which are incurred by the applicant in Cyprus during the production of a film such as air travel, catering-food, transportation cost or rental of equipment.

Additionally, requirements such as the promotion of Cypriot, European and/or world culture and the compliance with the non-transferability of the aid to any third person, need to be satisfied for the aid to be granted to the applicants.

II. Tax Allowance for investment in infrastructure and equipment

Applicants who invest in film production infrastructure and technological equipment which are considered as “Eligible Infrastructure and Equipment Expenditure” are entitled to a deduction on their taxable income. The amount to be deducted equals to the amount of their investment. However, the aid intensity shall not exceed twenty percent (20%) of the eligible expenditure for small enterprises and ten percent (10%) for medium sized enterprises.

“Eligible Infrastructure and Equipment Expenditure” as per the Scheme are considered to be the investment in tangible or intangible assets.

In particular the following investments qualify as “Eligible Infrastructure and Equipment Expenditure”:

b) Acquisition of assets belonging to a business establishment only when:

Another requirement as per the Scheme is that the investment of the applicant in equipment must remain in Cyprus for the duration of at least five (5) years in order to be eligible to apply for the deduction. Further, as with the tax exemption, the deductible amount can be carried forward and claimed in the following five years.

The second category of incentives is the financial/grants incentives. This category includes the cash rebate and the VAT refund on qualifying production expenditure.

The cash rebate enables a company to claim refund up to thirty five percent (35%) of the eligible expenditure made in Cyprus. The annual available sum for the cash rebate is €25.000.000. The eligibility of enterprises to apply for this benefit depends on the completion of the relevant application and the fulfillment of certain criteria which aim to ensure that that the objective of the aid is to promote the Cypriot and/or European culture.

Cyprus extends the application of the European Directive referring to the VAT refund on eligible expenses to taxable persons not established in the Member State of refund but established in another Member State, so as to also cover companies or individuals from third countries, incurring eligible expenses on film productions in Cyprus. Consequently, natural or legal persons from third countries are entitled to a VAT refund in the same way as those from EU Member States on qualifying production expenditure incurred in Cyprus by them.

The VAT refund may arise either

The application and assessment process for the tax exemption, cash rebate and tax allowance is divided in two stages: the pre-approval and the final-approval.

Producers who want to apply for aid have to submit their application online along with the supporting documents as listed in Appendix 1 of the Scheme.

Following the pre-approval application and the issuance of Temporary Approval Certificate the applicant must commence filming in Cyprus within ten weeks. The application is then examined by Invest Cyprus and the Committee which makes recommendations to the Competent Authority as to the extent of aid to be provided. Upon approval of the recommendations, the Committee issues the Approval Certificate. In the event of an unsuccessful application the applicant is notified accordingly within 60 business days from the deadline for submission of applications.

In relation to the final approval, the applicants are obliged to submit their applications for cash rebate or tax exemption to the Committee within 120 business days after the completion of filming along with a certified audit report which shall contain details in relation to the total of Eligible Expenditure made. The final approval is given by the Competent Authority and the Final Approval Certificate is issued by the Ministry of Finance within 60 business days from the date of submission of the certified audit report.​

In the case that the details of the application are altered, the applicant is obliged to notify Invest Cyprus accordingly, otherwise the project might be cancelled by the Committee. Finally, the applicant is responsible to maintain record of all transactions and other actions in order to make available to the Committee information regarding Eligible Expenditure.​

The Scheme aims to encourage international producers to consider filmmaking in Cyprus. The tax and financial benefits it offers in combination with the scenery, history and culture of the island, make Cyprus an ideal place for individuals or entities who are looking for attractive and cost-effective destinations to promote their film production business.

Additionally, the bodies responsible for the assessment of applications and implementation of the requirements of the Scheme, aim to ensure that the film industry in Cyprus is promoted in accordance with European standards and regulations.