On 27 November 2012, the South Korean company Doosan tried to register the sign PUMA as a trade mark with the EUIPO (above).

Unsurprisingly, given the visual similarity present in the mark, the German sportswear company Puma SE lodged an opposition on 16 April 2013 based on two earlier international figurative marks. Puma SE’s registered trade marks are provided below. 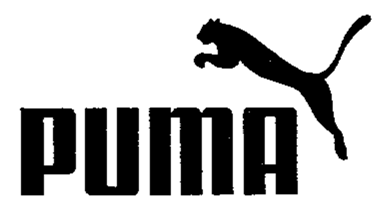 At a glance, Doosan’s prospective mark has a high degree of similarity with Puma SE’s marks – and in particular mark No. 437626. Both marks are comprised of the word “puma” displayed in block capitals – with a similar styled set of glyphs.

The Opposition Division in the EUIPO rejected Puma SE’s opposition in its entirety on the 31st of March 2015. The rationale is explained below:

Thus, it was decided that the goods in Class 7 did not cover possibilities for consumer confusion and that the alleged reputation of the Puma SE’s earlier marks was not proven in this class.

One might speculate this is because the goods Puma SE protect under class 7 are not widely available to the relevant public (i.e. it could have been that the mark was used only for machines used in their own manufacturing process, and was not widely known or used).

Crucially, The Fourth Board of Appeal decided that due to: 1) the highly different nature of the goods covered in Class 7 (in comparison to Puma SE’s registered classes); and 2) the low degree of distinctiveness of the marks, the relevant public would not establish any link between Doosan and Puma SE’s goods.

Article 8(5) notably, protects a mark with reputation against any application of an identical or similar mark that might negatively affect the established mark by “blurring”, “tarnishing” or “free-riding” – even if the classification (here, lathes and similar equipment) sought for registration is significantly dissimilar.

Thusly, Puma SE sought to establish with The General Court that both of their previously held marks (including that which was not registered in Class 7) had the requisite reputation to establish a link – and that The Fourth Board of Appeal had not conducted their analysis of Article 8(5) correctly.

The General Court agreed with Puma SE, annulling The Board’s decision as The Board had been mistaken in its assessment of a link between the signs.

In particular, The Board had not properly assessed the strength of the reputation, nor the distinctive characteristics of Puma SE’s earlier marks.

The Court had found whilst the goods in question were wholly dissimilar (in the case of figurative mark No. 437626), it was possible for a link to be established as a consequence of the level of reputation Puma SE had established within the marks.

Furthermore, this link was made easier to the relevant public through the high degree of similarity found in Doosan’s mark, as applied for.

In it’s decision, The Court examined The Board’s applications of Article 8(5) looking closely at their determinations concerning: 1) the relevant public, 2) the similarity of the marks at issue, 3) reputation of the earlier marks, and 4) the distinctive character of the earlier marks.

The Court’s view was that The Fourth Board of Appeal was correct in considering that the target public for Doosan’s goods in class 7 comprised of:

“a highly specialised public of technical professionals in an industry which [had] absolutely nothing to do with the production of clothing and sports articles for which the earlier [marks were] claimed to be reputed.”

Furthermore, Puma SE’s earlier marks targeted the public at large, as previously decided by The Board.

The exception here being figurative mark no. 437626; which, whilst registered in Class 7, had been dismissed as use and reputation had not been proven by Puma SE in the first instance.

Crucially, The Court noted that in such cases at this, it can be necessary to review the strength of the earlier mark to ascertain whether it’s degree of reputability extends beyond it’s targeted public. Thus, extending to Doosan’s applied usage of the mark, despite inability of Puma SE to prove use and reputation with the relevant audience in class 7 in the first instance.

This would be reviewed in a later point of the judgment.

2. Similarity of the marks at issue

The similarity of Doosan’s mark and Puma’s prior marks was not disputed and the Court stated that The Fouth Board of Appeal was correct in the assessment that they are highly similar.

Furthermore, the degree of similarity was such that the figurative element (the “jumping puma”) found in one of the marks did not impact this assessment.

3. Reputation of the earlier marks

The Court held that when assessing the reputation, the perception of the relevant public is essential.

Puma SE’s grounds for appeal brought The Board’s decision under scrutiny in The Court.

To be specific, The Court found that The Board had operated on a premise that Puma SE had a significant reputation – but had notclosely reviewed the Puma SE’s submissions to clearly ascertain the strength and the extent to which a reputation had been established in the marks.

As such, their assessment of reputational strength was not informed by the facts.

As above, in certain instances where reputation meets a threshold, it may transcend it’s relevant public and thus be protected more broadly via Article 8(5).

The Court noted that, as it had not clearly reviewed the reputation of the earlier marks, The Board’s assessment of the same was fundamentally erroneous.

4. The distinctive character of the earlier marks

Further to this, The Court similarly found that The Board failed to properly assess the degree of inherent distinctive character of Puma SE’s earlier marks.

The strength of reputation and the degree of distinctive character (be that; inherent, or acquired by use) of the marks can have a significant effect on the assessment of the link between the marks at issue.

The stronger the distinctive character of the earlier mark, the more likely it is that “the relevant public will call that earlier mark to mind.”

In operating on a premise (and not a complete analysis of the characteristics of Doosan’s marks) The Board failed to closely review ascertain the strength of concepts such as “power” and “strength” which alluded to characteristics present in the mark that also found specifically in the goods advertised underneath the marks (e.g. sports apparel).

The Board had taken the view from it’s assumption that “Puma” refers to a large feline known for its “power” and “strength” but believed that this could apply to “all kinds of goods which possessed characteristics.”

As such, The Court viewed that The Board’s assessment that the previous mark had “weak” distinctive character was undermined.

The lack of this close assessment in both instances (reputation and character) led to The Court annulling the decision – and reaffirming the importance of such analyses in reviews of reputable marks.

As a consequence the matter returns to the EUIPO wherein, such analyses being completed, it is possible Puma SE may receive a more favourable outcome than in it’s previous attempt to oppose Doosan’s registration.

The strength of the reputation and the distinctive character clearly have a significant effect on the assessment of the link between the marks. In this case, helping Puma SE defend a similar mark in a completely unrelated classification of goods and services from their offering – where they had been unable to produce evidence in the relevant class (for whatever reason).

A lesson for registrants

First and foremost, it’s important for registrants to tread carefully when around established brands.

Even if you believe you are well out of the woods – the level and character of an established brand can put your registration at risk.

It is not simply the case whether a mark (or brand) has a reputation or not (as The Board had surmised) – but more critically, the level and value of this reputation – which determines the applicability of Article 8(5)

Whether or not your goods or services have proximity to those of an established brand, should they be found to have the requisite reputation and character in their marks – you may find your time, energy and resources wasted on a lengthy court process when trying to register a mark in such terrain.

As such, it is always crucial to instruct an expert when registering a trade mark as proceedings that arise from such mistakes can encumber a business significantly at a critical time of growth.

Doing so comes at a cost – but allows your business to focus on it’s modus rather than invest much more into it’s legal troubles.

A lesson for established businesses

This case also has a great deal of salience for established businesses – who can seek to secure the benefits of a strong reputation.

In this case, the Fourth Board of Appeal’s failed assessment of Puma SE’s trade marks reputation and distinctive character has given the sportswear company an “extra life” in their opposition of a highly similar mark.

Notably, this may now help the company mount a successful opposition against a mark in a classification which they had a registration in – but had failed to produce evidence of use and reputation within the relevant public.

This comes as somewhat of a mulligan for Puma SE in it’s attempts to thwart use of a mark which might tarnish and dilute the significant reputation they have established for themselves over the years.

Again, such nuance in the technicalities of IP litigation and registration (as found in this case) requires a specialist attention to detail to successfully navigate.

The ability to protect a brand with the global footprint of Puma SE efficiently, across numerous matters, requires that no oversight is made which threatens to extend any individual process further than needs be.

Further to this, it may be crucial for such businesses to establish and maintain evidence of their growing reputation to shield themselves from the increasing threat of encroaching registrations.