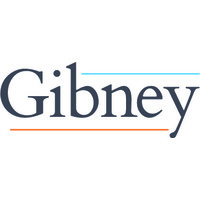 In addition to non-immigrant visas offered through the treaties described in Section II, US immigration law offers several other non-immigrant visa classifications that may be used for new hires or intra-company transferees.

For each classification, US employers must file a petition with USCIS to demonstrate eligibility. The petition is typically adjudicated within three to six months. After approval, the foreign worker must apply for a visa at a US consulate. Workers already in the United States may also be eligible for a change of status. If the petition is denied by USCIS, an appeal may be filed with USCIS's Administrative Appeals Office. Adverse decisions on visa applications by the US consul are generally non-reviewable.

H-1B visas are available to specialty occupation workers. To qualify, the position in the United States generally must require a specific baccalaureate or higher degree (or its equivalent) as the minimum entry-level requirement; and the employee must possess such a degree, or its equivalent through well-documented employment experience.

There is an annual quota of 65,000 first-time H-1B visa recipients. An additional 20,000 H-1B visas are available for graduates of US universities with master's degrees and higher. These visas are allocated in the order in which the petitions are received. Petitions are accepted on 1 April each year for the fiscal year starting on 1 October.

Spouses and children under 21 are entitled to H-4 visas. Certain H-4 spouses are eligible for employment if the primary H-1B worker is in the process of applying for permanent residence. As discussed in Section III.iii, the Trump administration is studying this policy and is expected to roll back the privilege. As a result, over 200,000 H-4 spouses may lose their employment authorisation.

The O-1 visa is available to persons of extraordinary ability in the sciences, arts, education, business or athletics. To qualify, the foreign worker must demonstrate sustained national or international acclaim by satisfying a number of criteria listed in USCIS regulations.

The O-1 visa may be granted for an initial period of up to three years and may be renewed in annual increments without limit.

Spouses and children under 21 are entitled to L-2 derivative visas. L-2 spouses may apply for work authorisation upon arrival in the United States.

L-1 petitions are approved for an initial period of three years. L-1B specialised knowledge employees may obtain a two-year extension for a maximum of five years, while L-1A executives and managers may obtain extensions in two-year increments, up to a maximum of seven years. A specialised knowledge employee promoted to a managerial role may be eligible for a change in classification from L-1B to L-1A, and a corresponding two-year extension, providing the change is made before the employee reaches 4.5 years in L-1 status.

Certain employers with large offices in the United States or who sponsor a significant number of intra-company transferees each year may apply to USCIS for 'L Blanket' approval, which permits them to bypass filing individual petitions with USCIS for each transfer and instead file an L Blanket petition directly at a US consulate. To qualify as an L Blanket employer, USCIS requires evidence that an office in the United States has been doing business for at least one year; that the organisation has three or more domestic and foreign branches, subsidiaries or affiliates; and that it is sufficiently large in terms of US employees (at least 1,000) or intra-company transferees (at least 10 in the previous 12 months) or in terms of annual sales (at least US$25 million).

For foreign employees, the path to permanent resident status follows two steps: a petition to USCIS to become a preference immigrant; and an application for an immigrant visa.

A preference petition is required for employees intending to immigrate to the United States. The petition classifies the employee within one of the following immigration preference categories:

Employment-based immigrant visas are limited to an annual quota of 140,000 visas. Since demand often exceeds supply, especially in the EB-3 category, immigrant visas can be unavailable for several years.

Application for an immigrant visa

An application for adjustment of status may be filed with USCIS by foreign nationals seeking immigrant visas, and their spouses and unmarried children under the age of 21. Alternatively, they may apply for immigrant visas at a US consulate in the country of their nationality or most recent overseas residence.

Before applying for an H-1B or E-3 visa, the US employer must file an LCA with the DOL. The LCA requires the employer to attest that:

For H-1B and E-3 visas, employers must ensure they pay the foreign workers the DOL's required wage for the particular occupation and region. The LCA attestations, data on the required wage determination and the salary for the position must be maintained in a public access file available for inspection by the public or the DOL's wage and hour inspectors. Wage violations may be subject to fines or disbarment from the H-1B (or E-3) programmes, or both of these sanctions.

Non-immigrant workers must be employed in the position described in the sponsoring petition, not work for another employer and ensure they do not remain in the United States beyond the date of admission indicated on their arrival or departure record issued by USCBP. They may apply for an extension or change of visa status with USCIS before the end of their current period of admission. Overstays may bar future entry to the United States, as mandated by IIRIRA.

Non-immigrant workers may reside and work in the United States for the sponsoring employer for the period of admission as determined by USCBP upon their entry. They may apply for social security numbers and be eligible for future social security payments. H-1B employees are entitled to receive the wage indicated in the employer's LCA filed with the DOL (see above). They may lodge a complaint with the DOL if they are not receiving the stated wage or have been 'benched' by the employer.

If an employer terminates the employment of an H-1B or O-1 worker before the end of the approved period of validity, the employee is entitled to payment for the cost of transportation to his or her country of residence.

LPRs generally have full civil rights to work in the United States for any employer. They have no political rights, but may apply for US naturalisation after having satisfied residence and physical presence requirements.

Challenges in the Brazilian construction sector